PRIME Minister Robert Fico repeatedly proclaims the Slovak National Uprising (SNP) indisputably the most important event in Slovak history. Nevertheless, representatives of the Slovak National Party (SNS), also a member of the governing coalition alongside Fico’s party, Smer, have repeatedly played down the significance of the SNP. 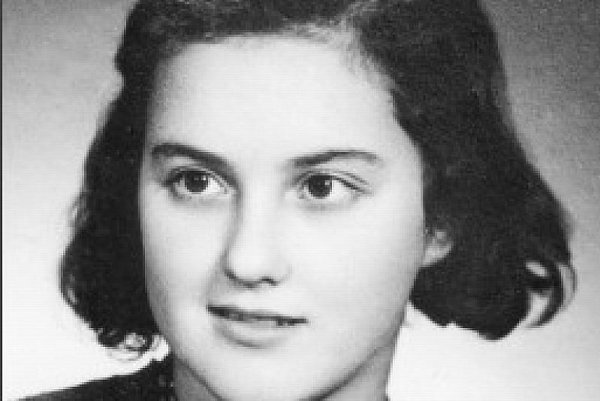 PRIME Minister Robert Fico repeatedly proclaims the Slovak National Uprising (SNP) indisputably the most important event in Slovak history. Nevertheless, representatives of the Slovak National Party (SNS), also a member of the governing coalition alongside Fico’s party, Smer, have repeatedly played down the significance of the SNP.

The SNS website currently features an announcement that its vice-chairman, Anna Belousovová, who is also the Deputy Speaker of Parliament, intends to place wreaths at the SNP monument in Bratislava on August 27, and again on August 29, the 64th anniversary of the Uprising, in Banská Bystrica. However, the SNS has not distanced itself from statements aimed against the SNP made by SNS members.

PM Fico noted on August 23 that the insurgents fought heroically against fascism.


“The rebels were born, like the legendary Jánošík’s followers were, to defend the freedom of their loved ones,” he said.

At last year’s celebrations of the Uprising, Fico spoke even more strongly, announcing that the government would take action against anyone making public statements against the Uprising.

“The SNP is the backbone of modern Slovak history, and the government, which I head will never allow anyone to cast doubt on the Uprising,” Fico said.

On August 29, 1944, the then Slovak State, headed by President Josef Tiso, was a satellite of the Third Reich. But on that day, German troops invaded Slovak territory, and the Uprising was the response.

A day after the Uprising began, Tiso gave a speech defending the German occupation and condemning the Uprising.

After two months of fighting the German army as well as the armed forces of the Slovak State, the partisans were forced into the heavily-forested mountains of central Slovakia.

Jozef Rydlo, an SNS member of parliament, criticised the Uprising in an interview with the Sme daily on February 9, 2007. According to him, the Uprising was a spontaneous action of no historical importance.

“My father, who worked at the pension administration his whole life, said that due to the Uprising, we had several thousand more war orphans and widows,” Rydlo told the Sme daily. To this date, Rydlo has not retracted his statements.

Moreover, representatives of the public cultural and educational institution Matica Slovenská, whose events are regularly attended by the prime minister, have also expressed a critical stance towards the Uprising.

František Vnuk, a historian with Matica Slovenská, has repeatedly said that the Uprising is responsible for terminating Slovakia’s independence as a state.

“It doomed us to bondage,” Vnuk told the Czech daily Mladá Fronta Dnes on August 28, 2004. “It didn’t result in anything positive for the Slovak nation.”

Vnuk believes Slovakia should have remained Germany’s ally until its final defeat. “I think it is more honest to be fairly defeated than to look for various ways to get to the winners’ side,” he said.

Some members of the SNS, representatives of Matica Slovenská, and Archbishop Ján Sokol have said they consider President Tiso the most important Slovak politician of all time.

But during Tiso’s presidency, more than 70,000 Slovak Jews were deported to concentration camps. In October 1944, the SNP was finally put down.

The importance of the SNP lies mainly in the fact that Slovaks showed they were not willing collaborators with Hitler, the historian Dušan Kováč, vice-chairman of the Slovak Academy of Sciences, told The Slovak Spectator.

“They were not happy that the Slovak State took Hitler’s side in the war. With the Uprising, they included Slovakia in the anti-fascist alliance.”

In doing so, the Uprising cleared Slovakia’s name in international politics from the stigma of being Hitler’s satellite, Kováč said.

Kováč does not agree with the notion that the SNP was organised on Slovak territory by the Soviet Union. Documents completely disprove this theory, he said.

“The Uprising was organised by domestic forces,” he concluded.

Moreover, not all its organisers were communist, as the state tried to claim during the totalitarian regime that lasted until 1989. It was a civic bloc, which collaborated with the communists in order to launch the Uprising, Kováč added.

According to Kováč, the German army came to Slovak territory with the consent of the Slovak government and President Tiso, but they came as de facto invaders.

“Slovakia’s interest was in defeating Hitler, and Slovaks in the Uprising stood on the side of the anti-Hitler coalition, and thus contributed to its defeat,” Kováč said.

"That the Uprising lasted only two months does not diminish its importance. From the military point of view, some German troops were forced to stay in Slovakia during the SNP.

"It was one of the crucial anti-Hitler movements and military acts of resistance that occurred all over Europe."

The story of Little Selma

Selma Steinerová, 15, fought on the side of the insurgents. Called “Little Selma,” she was the oldest of four children of Max and Lily Steiner. Her father was co-owner, with his brother Josef, of the Steiner Second-hand Bookshop until it was “Aryanised”, i.e. confiscated and turned over to some faithful official, in this case, the famous Slovak writer Ľudo Ondrejov.

Little Selma’s life story was related to The Slovak Spectator by her cousins Lýdia Piovarcsyová and “Big Selma” Steinerová.

When, in the spring of 1944, much of the Jewish Steiner family was deported to Auschwitz, Little Selma’s mother took shelter in Hlohovec. Later, the entire family hid at a farm near Piešťany. After the Slovak National Uprising broke out, the family fled to central Slovakia. By then, Little Selma had decided to flee to the mountains to join the rebels.

“She told her mother calmly, as if it was the most natural thing,” Piovarcsyová recalled.


Her mother implored her to stay, but in vain. A gamekeeper’s son brought Selma to a Czech group, where she worked in the unit’s staff. She took minutes, cleaned the rooms, and gradually was entrusted with minor tasks and taught to shoot.

When Germans invaded the region and the unit had to retreat to the mountains, she took a rifle and bravely carried it on long treks over steep hills.

“Only occasionally did she let others help her,” Piovarcsyová added.

At first, Selma was a scout, going down into villages to find out whether the Germans were already there. A tiny, solitary girl in military boots evidently too big for her aroused no suspicion. Then she would return to her unit, which waited for her on the edge of the wood.

Later, she also helped out as a nurse. She readily bandaged wounds, took temperatures, and heated water.

One November night in 1944, shots echoed between the villages of Gápeľ and Čičmany in central Slovakia. At dawn, the Germans attacked Gápeľ from all sides. They probably knew there were rebel units there.

They attacked the gamekeeper’s lodge. The insurgents who were inside ran out under the German fire and almost all of them were killed.

In the middle of the fight, Selma ran to the first house in the village. The owners wanted to drive her away, fearing that Germans would kill the whole family.

But when Selma heard the Germans coming, she quickly took off her clothes and lay down in the bed, next to the woman. Shortly afterwards, Germans came and searched the house.

They did not notice Selma, who pretended to be sleeping next to her mother. Then she returned to the rebels in the mountains. Villagers saw her leaving with a wounded insurgent to Upper Nitra, to one of the villages under the Vtáčnik mountain.

The Gestapo finally caught her in the village of Cígeľ towards the end of winter, and tortured her to death. For decades, her relatives searched for her grave, which her brother, Zwi Steiner, finally located in the early 1990s.

In 1964, Little Selma Steinerová was honoured with a commemorative medal in memoriam. The state of Israel also gave her a badge: Fighter against Nazism. In 1962, her story was made into a film entitled Biele oblaky (White Clouds), written by Juraj Špitzer and directed by Ladislav Helge.

“She was the prettiest of our family, the most beautiful girl I have ever seen,” her cousin, “Big” Selma Steinerová, told The Slovak Spectator.