Dual display of crown and euro prices is now the rule

SLOVAKIA’s ambitions to switch to the euro should now be clear to everyone in the country, even those unfamiliar with the Maastricht criteria, the eurozone or the mechanisms governing the euro’s adoption. That’s because since August 24 all prices of products and services must by law be displayed in both currencies: the Slovak crown and the euro. 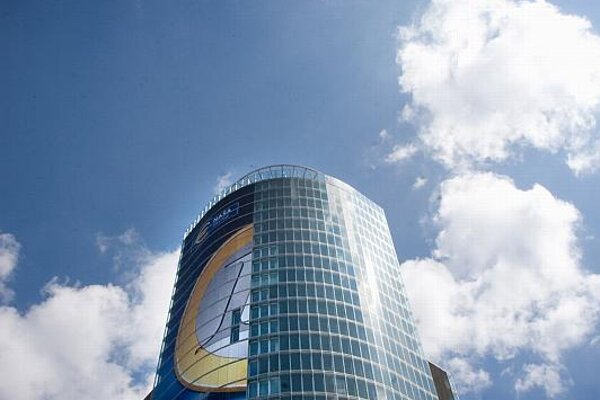 SLOVAKIA’s ambitions to switch to the euro should now be clear to everyone in the country, even those unfamiliar with the Maastricht criteria, the eurozone or the mechanisms governing the euro’s adoption. That’s because since August 24 all prices of products and services must by law be displayed in both currencies: the Slovak crown and the euro.

Major businesses had been preparing for some time to add the trendy ‘€’ sign to their price tags and many did so even before the official start of the dual-display period.

However, those who now fail to do so or who display price information incorrectly face first a warning and then the possibility of a fine.

Dual-display watchdogs are out in Slovakia’s streets checking whether businesses are meeting their legal obligations.

“The principle is that the retailer must always display information on the euro-crown conversion rate and the price of the product or the service in both currencies at the same time,” Helena Homolová, the head of the Slovak Trade Inspectorate’s (SOI) press department, told The Slovak Spectator.

The Association of Slovak Consumers has also been monitoring the implementation of dual-display pricing, assisted by the Association of Information and Consultancy Centres for Youth, the Union of Pensioners of Slovakia, and other non-governmental organisations.

However, the watchdogs are checking more than just the €-sign: they are also looking to sniff out unjustified price hikes, which are now subject to legal penalties in Slovakia.

The new laws allow the state to take action against retailers who abuse the euro-switch. The original draft, which even threatened prison sentences for offending retailers as a last resort, was watered down slightly but has still raised criticism from retailers’ organisations, the opposition and market watchers.


What is being watched?

The director of the Association of Slovak Consumers, Miroslav Tulák, said that dual display-related duties depend on the character and the type of the business.

Generally, a retailer must display the exchange rate of €1=Sk30.1260 and all prices in both Slovak crowns and euros until the end of the year. After January 1, 2009, the euro price must be shown first, followed by the Slovak crown, Tulák told The Slovak Spectator.

When the Association of Slovak Consumers spots any shortcoming they first of all warn the managers of the business concerned. However, the association’s members cannot impose any fines on retailers since that falls within the remit of the SOI.

The SOI can demand a remedy on the spot. If an immediate remedy is not possible, the inspectorate has the option to set a date by which the failing should be addressed, according to Homolová.

“We would impose sanctions only in cases where there is a serious violation of the law and if the retailer ignores our findings from a previous inspection,” Homolová said.

There are only about 150 state inspectors employed by the SOI to check dual-display pricing, so they alone cannot effectively monitor the situation, which is why the Association of Slovak Consumers is helping out, Tulák said.

Dual display for customers is the responsibility of all retailers and suppliers. So the SOI will be monitoring a wide range: retail chains, market places, electronic traders, providers of communal services, travel agencies and other service providers.

Before August 24, some businesses had been voluntarily displaying prices in euros.

But once they began doing so, they become subject to the same controls now being applied universally by the SOI since all the information provided to customers needed to be fully compliant with the valid legislation, Homolová told The Slovak Spectator.

According to watchdogs, the most frequent problems are incorrect calculation of the price in euros or display of the conversion rate.

Some retailers even got the conversion rate wrong despite it being public knowledge since July 8, when EU bodies officially announced it.

The SOI has been warning that the conversion rate and price information in both currencies must be indicated not only on price tags, but also on receipts, in promotional material and in handouts.

Small businesses are the most liable to make mistakes, according to the inspectors. Almost half of businesses which applied dual-display pricing voluntarily before August 24 suffered from shortcomings, although these were typically minor.

According to Tulák, mistakes often emerge when prices, or even the displayed exchange rate, are rounded up.

He said that people often drop the zero from the end of the Sk30.1260 because they assume the 0 has no significance. But the rules say that all four digits after the decimal point must be displayed, he stressed.

For the first focused monitoring scheduled for August 25 and 26, watchdogs selected 30 food products, 10 items from a selection of industrial products and 20 services, foremost among them accommodation and food. These 60 selected items will be checked twice a month, said Tulák.

The dual-display watchdogs will organise raids, for which they will add some other items to their check list, six times before the end of the year.

There are about 100,000 different items and services on offer in Slovakia, making it impossible to monitor them continuously and simultaneously, he added.

“Upon complaints from citizens we would also add other items, to check up on suspicions that they had in fact been the subject of unjustified price hikes,” Tulák said.

As for monitoring price hikes, the watchdogs are focusing on all types of businesses, but they aim to monitor mainly small ones located on city outskirts or at places where the competition is not intense.

“We also focus on rural areas,” Tulák said. “The competition between hypermarkets is really high and no extraordinary price hike is expected there.

However, small shops in villages often have no competition outside the cities. For older people these shops might be the only option for doing their groceries because they cannot travel to a supermarket 20 kilometres away.”

The state-controlled SOI also stressed that it would conduct raids in remote areas: “The SOI will also be focusing on grocery stores in small villages where the possibility of choosing another retailer is minimal or non-existent,” Homolová said.

Citizens can contact both the SOI and the Association of Slovak Consumers by phone, personally or via email.

If the association rules that a complaint is justified, the business in question risks being added to its blacklist of euro-switch abusers, said Tulák.

However, Tulák also warned that over the past 12-13 months prices of food products have been growing relatively rapidly and one has to recognise that there is a difference between a price rise caused by developments on world markets and a hike arising from a retailer’s determination to make some fast cash while abusing the euro-switch.