A FAVOURABLE tax environment and cheap qualified labour have frequently been the main reasons for foreign capital to head to Slovakia. However, these same attractions are now luring Slovak capital to Romania. 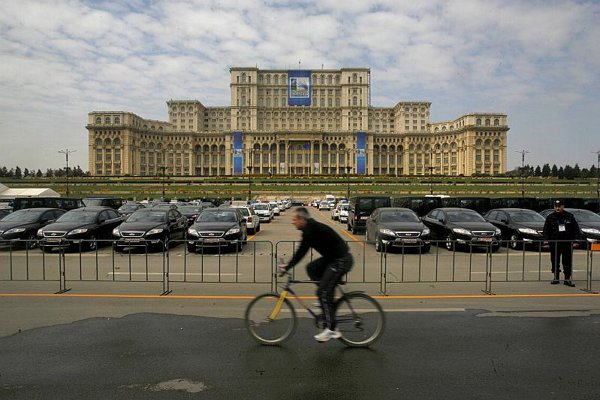 A FAVOURABLE tax environment and cheap qualified labour have frequently been the main reasons for foreign capital to head to Slovakia. However, these same attractions are now luring Slovak capital to Romania.

Corporate income tax in Romania now stands at 16 percent, replacing a previous rate of 25 percent. The same 16 percent flat tax has been introduced on personal income, to replace previous levels which varied between 18 percent and 40 percent. In Slovakia the flat tax is set at 19 percent.

In 2006, the average gross annual earnings of full-time employees in enterprises with more than 10 people reached €7,040 in Slovakia; in Romania it was €3,713, according to Eurostat.

“At the end of 2007 there were 186 companies with Slovak capital in Romania,” said Tiberiu Josan, economic counsellor at Embassy of Romania to Slovakia.

The total amount of Slovak capital in Romania was €2.76 million in 2007, with the majority of Slovak investors being small and medium-sized enterprises.

“The Romanian business environment is very interesting, and not just for Slovak capital, which ranks 64th among the foreign direct investments in our country,” said Josan.

He regards the most significant business cooperation between Romania and Slovakia as being in the field of machinery. But Josan identifies the automotive industry, and in particular opportunities for suppliers, as the brightest prospect for future cooperation.

The volume of trade between Slovakia and Romania is increasing, but from a fairly low base: only 0.5 percent of Slovak imports came from Romania and 1.8 percent of total Slovak exports went to Romania in 2007, according to the Slovak Statistics Office.

Based on Romanian statistics, the total volume of trade between Romania and Slovakia in 2007 reached €920 million. Romanian exports to Slovakia totalled €267 million and imports to Romania from Slovakia stood at €653 million.

For the first five months of 2008 total trade was €458 million, with Romanian exports to Slovakia amounting to €166 million and Slovak exports to Romania at €292 million. Romania exported mainly machinery, metal products, and mineral products. Going the other way were vehicles and electronics.

About 70 percent of Romanian trade is with European Union countries. Romania posts a trade deficit with the EU which represents about 44 percent of its total trade deficit.

“This situation is due to the deep and complex process of restructuring and modernising industrial facilities in all sectors, which implies importing large quantities of equipment and technology,” said Josan. “In the long term, this will generate increased productivity and improved competitiveness for the Romanian economy.”

Cumulative FDI in Romania since the 1990s has now reached over €35 billion, and in 2007 FDI increased by 40 percent compared to 2006. In 2007 Romania ranked second in central and eastern Europe in terms of total FDI inflows.


More of topic: Foreigners in Slovakia