Bulgaria is not just a holiday resort

ALTHOUGH trade between Bulgaria and Slovakia is increasing, certain opportunities for closer business relations between the two countries remain unexplored. Cars, machine production, energy, infrastructure, and food are prospective industries for cooperation. 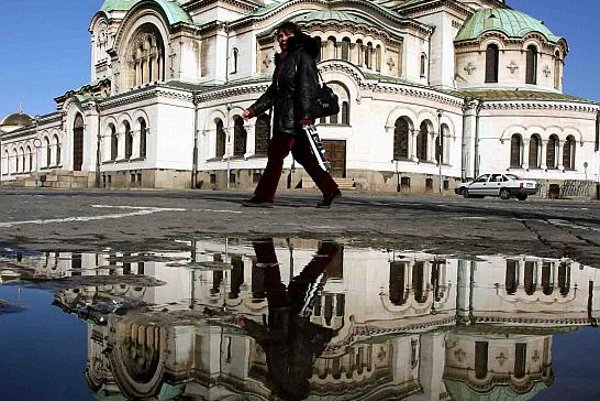 ALTHOUGH trade between Bulgaria and Slovakia is increasing, certain opportunities for closer business relations between the two countries remain unexplored. Cars, machine production, energy, infrastructure, and food are prospective industries for cooperation.

However, Slovak businesses are interested in the Bulgarian market. This was proved by a seminar in May organised by Bratislava Region, the Slovak Investment and Trade Development Agency (SARIO), the Bratislava regional chamber of commerce and industry, the embassy of Bulgaria in Slovakia and the Slovak embassy in Bulgaria which focused on presenting business conditions and opportunities in Bulgaria.

At the same time, the Sofia Administrative Region and Bratislava Region, as the two most developed regions in their countries, signed a memorandum on cooperation. The chairman of Bratislava Region, Vladimír Bajan, emphasised mainly opportunities in tourism as one of the most attractive areas for partnership.

At the governmental level, the Bulgarian Ministry of Economy and Energy and the Slovak Ministry of Economy recently signed a memorandum on cooperation as well. Bulgaria and Slovakia are also close partners in the European Union in the area of the development of new nuclear energy sources, said Vassil Valchev, economic counsellor in the Embassy of Bulgaria to Slovakia.

In the Slovak car industry, Bulgarian companies could be successful suppliers for the production of spare parts and equipment for the leading automotive producers, he said.

Bulgaria can provide an experienced work force for producing building and agricultural machines and equipment. It can also be used as a base for entering other prospective markets, such as Romania, Serbia, and others.

In the energy sector, Slovak companies can be successful suppliers of equipment for the Bulgarian nuclear, water and electric power stations.

There are also opportunities in the food industry.

“Many small Bulgarian food companies were forced to close their production facilities when Bulgaria became an EU member because they were unable to meet the high European quality requirements,” Valchev said.

However, the economic relations of both countries are still mainly maintained just through their bilateral trade, although its turnover has rapidly increased over the last two to three years, Valchev said.

“The statistics shows that exports from Slovakia to Bulgaria are nearly two times more than Bulgarian exports to Slovakia, which is because Slovakia exports mainly expensive commodities,” Valchev said.

Volkswagen, KIA Motors, SONY, and Samsung are among the largest exporters to the Bulgarian market from Slovakia.

Other Slovak-based companies operating successfully in the Bulgarian market are SEZ Krompachy, which produces electrical equipment; IDOPS, a producer of polystyrene in Bulgaria; and REKMA Slovakia, which implements infrastructure projects.

Large Bulgarian steel and chemical producers and exporters, such as Kremikovtsy, Stomana industries, KCM-Assenovgrad, and wine producer Domein Menada are the most active in the Slovak market.