THE CABINET of Robert Fico is now in the midst of a tug-of-war involving ministries, ruling coalition parties and the country’s obligation to tame public spending: the state budget talks.The talks concern what will be Slovakia’s first budget as a member of the eurozone. After January 1, 2009, when Slovakia adopts the euro, responsibility for monetary policy will shift from the National Bank of Slovakia to the European Central Bank and government fiscal policy will become the most important tool for controlling inflation in Slovakia. 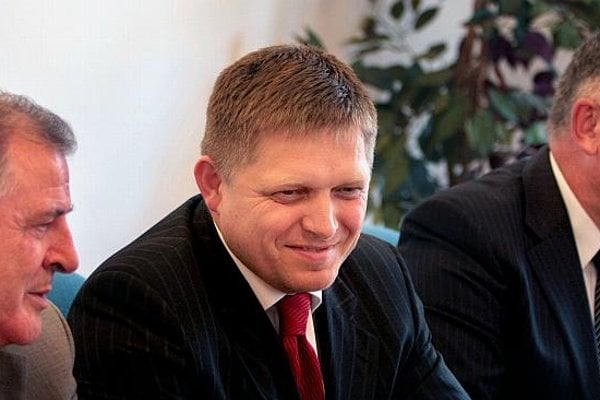 THE CABINET of Robert Fico is now in the midst of a tug-of-war involving ministries, ruling coalition parties and the country’s obligation to tame public spending: the state budget talks.The talks concern what will be Slovakia’s first budget as a member of the eurozone. After January 1, 2009, when Slovakia adopts the euro, responsibility for monetary policy will shift from the National Bank of Slovakia to the European Central Bank and government fiscal policy will become the most important tool for controlling inflation in Slovakia.

The ruling parties - Smer, the Movement for a Democratic Slovakia (HZDS) and Slovak National Party (SNS) - have not yet reached agreement over the draft state budget bill, with the HZDS and SNS seeking a bigger share for the departments they control.

The HZDS wants to see more money channelled into the Agriculture Ministry; the SNS is campaigning for extra funds for the Education Ministry, arguing that teachers’ salaries need to rise.

The ministries themselves are making their voices heard, with several asking for more funds and one ministry even calling the draft budget, produced by the Finance Ministry in mid August, a “bad joke”.

Typically, the government also prepares a tentative budget for three years, though only the 2009 is budget specific.

The ministry argues that the amount budgeted for 2009 represents a 5 percent fall compared to 2008, the SITA newswire wrote.

The Transport Ministry has also asked the Finance Ministry for more money over the next three years: €1.488 billion (Sk44.8 billion), with an extra €492 million (Sk14.832 billion) projected for next year.

The ministry argues that the money is needed to cover highway construction, preparation of Public Private Partnership projects and to fund the losses of the national railway network operator, Železnice Slovenskej Republiky (ŽSR).

Meanwhile the newly appointed agriculture minister, Stanislav Becík, a HZDS nominee, said that the draft budget, which assumes a 10.8 percent reduction in funds in 2009 compared to 2008, is “just a bad joke, really”.

He has pledged to use all his powers to make sure that “farmers will not have even one crown less than they have had up to now,” according to SITA.

Market watchers and analysts say that meeting deficit targets will be the real challenge but the condition of the economy will allow Slovakia to do so.

“Meeting the budget deficit target is within the means of the Slovak economy, mainly after modifying the excise tax on cigarettes from February 2009,” Mária Valachyová, a senior analyst with Slovenská Sporiteľňa, a bank, told The Slovak Spectator. “In January next year we expect to see bulk pre-stocking by distributors of tobacco products at the old, i.e. lower, prices. This pre-stocking will bring to the budget extra revenues which had been projected for 2008.”

The increase in excise tax on tobacco products had originally been expected to take place in January 2009, in which case pre-stocking would have begun in 2008 and tax revenues would have been received in 2008, Valachyová explained.

Contributing to the risk of a failure to meet deficit targets are potentially weaker-than-planned tax revenues due to a slowdown in the economy, she added.

“However, political factors appears more of a risk to me, since parliamentary elections will be nearing and euro adoption will no longer be applying pressure to the fiscal discipline of the government,” Valachyová said.

“It was precisely the direction of Slovakia’s fiscal policies after entering the eurozone that the renowned rating agencies stressed in their recent statements,” Holeščáková told The Slovak Spectator. “The way they will assess our country and their eventual ratings will depend to a great degree on the public finance policies of the government. So far these have not, in their opinion, been transparent enough.”

“Of course, from the macro-economic point of view the best thing is to have a balanced budget or a budget with a surplus, since budgets with deficits create debts for future generations,” Valachyová said. “Running a budget deficit is justified in times of recession, which is not the case in Slovakia.”

Holeščáková agreed that in times of high economic growth, the government should focus on faster reduction of deficits, mainly on the expense side since in the revenue column of the budget one cannot expect extra disposable income.

Neither Valachyová nor Holeščáková expect the fact that Slovakia will be a member of the eurozone next year to play any decisive role in the drafting of the state budget for 2009, apart from the fact that the figures will be in a different currency.