Rosauro Aala, a British citizen living Slovakia recently took time off from his regular job to lead a team of young volunteers from Britain to help renovate the Dorka crisis centre in Košice, which accommodates families with severe problems and orphans who have reached the age of 18 and have been evicted from their orphanages. 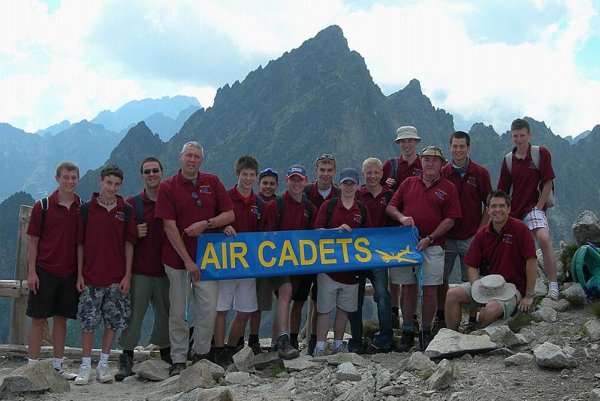 Rosauro Aala, a British citizen living Slovakia recently took time off from his regular job to lead a team of young volunteers from Britain to help renovate the Dorka crisis centre in Košice, which accommodates families with severe problems and orphans who have reached the age of 18 and have been evicted from their orphanages.

The centre is located in a former school. Part of it has already been converted into suitable living accommodation but there is much still to do for the centre to reach its potential. So eleven British 16-18 year olds, plus four adult supervisors including Aala, took up the challenge of preparing the centre for the next stage of the renovation.

The 11 young people were members of the Air Cadet Organisation (ACO), a UK charity which provides training to 13-20 year olds. It is partly funded by the Royal Air Force and partly by public donations and contributions from the cadets themselves. The aims of the ACO are to promote an interest in aviation, provide training useful for future life, foster a spirit of adventure and develop good citizenship. The cadets’ expedition to Košice was intended to achieve some of these aims.

Aala says the work was hard, not least because most of the group was quite unused to the physical labour; Aala himself trains accountants in his normal job. Only two of the group had any construction experience and they had to contend first with torrential rain, which caused significant floods in the region, then 33-degree heat (unusually hot by British standards).

During the two week project, the group removed old plaster, dug foundation trenches, filled six container-loads of rubble, and the young cadets learned some construction skills and had the opportunity to experience Slovakia and help build their teamwork and confidence.

The group’s labour was provided for free and fund-raising by the cadets in the UK paid for their flights and food during their two week-stay. The work effectively saved the crisis centre approximately Sk180,000 - the amount builders would have charged for the work. Money left over from UK fund-raising was used to buy bricks for use in a new extension.

Aala says the local building supervisor seemed sceptical at first about the ability of the young cadets to do anything useful, but added that he “later admitted that he was surprised by their discipline, which was a great testament to the cadets.”

As well as working, the cadets also visited local sights including Domica cave, Dobšinska ice cave, the High Tatras and Aquacity Poprad, and so got to see a little of Slovakia as well.

Aala said: “It felt great to be doing something for people who are less fortunate than me and I look forward to the next project when I can again link the British and Slovak communities.”