Conflict in the air over gas

PRIME Minister Robert Fico has spoken out against the country’s major gas utility over how much it wants to charge Slovak households. In response to a request by Slovenský Plynárenský Priemysel (SPP), which it lodged with the state regulatory authority, to increase household gas prices by 20 percent Fico said it should either withdraw the request or its foreign shareholders should consider selling their stakes back to the state at the price they originally paid for them. SPP responded that its request is justified and its foreign shareholders are not interested in selling their stake. 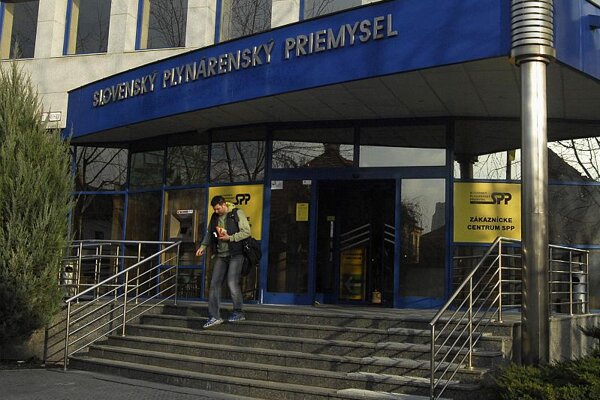 PRIME Minister Robert Fico has spoken out against the country’s major gas utility over how much it wants to charge Slovak households. In response to a request by Slovenský Plynárenský Priemysel (SPP), which it lodged with the state regulatory authority, to increase household gas prices by 20 percent Fico said it should either withdraw the request or its foreign shareholders should consider selling their stakes back to the state at the price they originally paid for them. SPP responded that its request is justified and its foreign shareholders are not interested in selling their stake.

SPP’s request is its second recent attempt to raise prices; a previous request for a 15.9 percent hike was rejected by the regulatory authority. SPP is now requesting a 19.8 percent increase from November 3, 2008.

The Office for the Regulation of Network Industries (ÚRSO) is obliged by law to rule within 30 days of receiving a proposal to change prices, said Martin Lupták, an ÚRSO spokesman.

“The decision might be made by the end of September, if the proceeding is not interrupted,” Lupták told The Slovak Spectator.

The main reason for the rejection of the previous SPP price proposal was, according to Lupták, that the data on the total volume of gas for 2007 that SPP provided were inconsistent and did not even match the data in the company’s annual report.

“The data on the expenses of the gas purchased from the company Eustream also did not match the results of the office’s inspection in this area,” Lupták said.

SPP pointed out that the company last raised prices for households in November 2006, and in January 2007 it cut prices by 4 percent. Driven by the negative development on world markets prices have significantly grown in EU countries in 2007 and continued to do so during the first half of 2008, SPP wrote in a media release.

For example in the Czech Republic, the regulatory authority agreed to a 10 percent hike while in Hungary prices will climb by 7 percent, according to the SPP website.

However, Lupták said that it is difficult to predict how natural gas prices will move on international markets and how this might affect prices in Slovakia.

Fico and his Smer party called the SPP price hike request both ‘unjustified’ and ‘blatant’, while the prime minister said that SPP’s foreign shareholders should sell their stakes if they fail to consider the interests of Slovak households. German energy group E.ON Ruhrgas and France’s Gaz de France together paid more than Sk123 billion (€4.083 billion) for a 49-percent stake in SPP in 2002.

“We will buy it back for the same sum as they paid for it,” Fico said, as quoted by the SITA newswire.

Fico, who heralded a tougher approach towards monopolies earlier this year, also said that the government is dissatisfied with the way SPP shareholders deal with the state, given the profit they make in Slovakia. The prime minister suggested that all SPP’s shareholders care about is profit and cited the company’s earnings of more than Sk16 billion after tax last year.

“SPP might make a profit of somewhere between Sk250 million and Sk280 million on households,” Fico said. “I really want to ask the foreign shareholders whether it is not enough for them that they made Sk16.7 billion of net profit and whether after such a huge profit they still need to come up with a proposal so that they squeeze out a couple more million crowns from households?”

Fico said he unconditionally supports ÚRSO employing all the tools it has at its disposal. He said he wants ÚRSO to examine the latest SPP proposal to the very last heller.

If SPP’s policies do not change, Fico said he might request Smer deputies in parliament to work towards a change in the law to allow the state, which is the majority shareholder in SPP, to take a majority of seats on SPP’s board of directors. The privatisation contract guarantees majority representation for the foreign shareholders. However, Fico told the public service broadcaster Slovak Radio that there are several ways to change this situation. To do so, the government would have to modify the Commercial Code.

The prime minister said that Slovakia would find the money to buy the shares back. But the foreign shareholders have already said they are not interested in selling their SPP stake.


“E.ON Ruhrgas came to Slovakia as a long-term investor and plans to keep its share in SPP,” Adrian Schaffranietz, a spokesman for the German firm, told the Sme daily. This stance was also confirmed by Gaz de France.


This year, the state’s 51-percent stake in SPP meant it received €406.3 million in dividends from last year’s consolidated profit and retained profits from previous years.

Jana Liptáková contributed to this report.