A rising demand for leisure property

MANY Slovaks built holiday homes during socialism, when travel abroad was restricted. They often constructed them on their own in recreation resorts or rebuilt them from former family houses in villages. 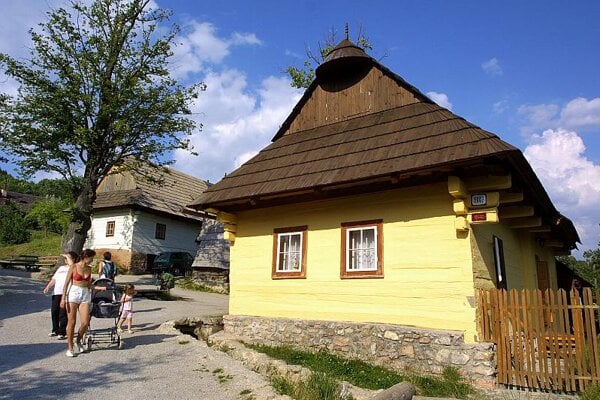 MANY Slovaks built holiday homes during socialism, when travel abroad was restricted. They often constructed them on their own in recreation resorts or rebuilt them from former family houses in villages.

Naturally, interest in such real estate decreased after the fall of the Iron Curtain. But the demand for leisure real estate has seen a visible increase lately, market watchers say, and potential buyers can now select from either existing buildings or apartments in luxurious property being constructed in attractive resorts.

“The market for the second-home segment has undergone rapid development recently,” Martin Lazík, general secretary of the National Association of Real Estate Agencies (NARKS), told The Slovak Spectator. “The precondition for growth in this market lies in saturation of the primary segment, i.e. the residential segment (the first home). Of course, economic stability, admission to the European Union, development of tourism and the related influx of foreign tourists and foreign investment has played a certain and maybe important role.”

Tomáš Harman, who runs the Romantické Chalupy real estate agency, which focuses exclusively on holiday houses and cottages, confirmed the boom in the second home market.

“In the past, an average piece of real estate in this segment cost about Sk450,000 (€14,937),” Harman told The Slovak Spectator. “A lot of real estate was sold in the original condition, with plans for the new owners to refurbish it gradually and on their own.

“But the situation has changed radically,” he continued. “Nowadays, an average piece of real estate goes for about Sk1 million (€33,193). And it is almost impossible to sell a holiday house or a cottage that doesn’t have electricity or is inaccessible by car.

“People want property that comes ready to use,” Harman said. “Those who want houses in the original condition do it not for the low price, but because they want to refurbish them on their own, in line with their tastes.”

The euro, which Slovakia will adopt at the beginning of 2009, is affecting the market at the moment, Harman said, but he noted last year’s 100 percent increase in sales.

“Those who wanted to buy have already bought,” he said. “So now people are waiting for the euro. I believe that sometime in March or April the situation will normalise again, because the economy is running properly and there aren't any reasons for abnormalities in the market.”

When asked what kind of holiday houses are most desired, Harman said with a smile: “A beautiful cottage that’s secluded, yet close enough to neighbours that it won’t get burgled, with a two-lane road leading up to it that’s maintained all year, as well as water, gas and electricity mains, and that’s near a lake and a ski lift.

The question is what the buyer is willing to go without because such an ideal property doesn’t exist.”

In general, people are interested in leisure real estate that’s in the vicinity of winter and summer vacation spots, even though Slovakia is generally a winter destination, Harman said.


“A large portion of the leisure real estate being sold now is in the Liptov region,” he added. “You can sell almost anything in Liptov.”

He said the region’s Liptovská Mara artificial lake and mountains makes it a suitable summer and winter destination.

“Two years ago, Detva and Krupina were also quite popular destinations,” he said. “Now leisure real estate in Lučenec and Rimavská Sobota is selling quite well.”

Lazík from NARKS believes that mountain resorts are the most popular.

“But it is important that a resort or location is able to provide room and opportunities for year-round usage of the property, meaning that there are possibilities to go skiing, hiking, play golf, or take wellness trips,” Lazík told The Slovak Spectator.

Location is the factor that most influences the price of leisure real estate, as well as the view it offers, access by transportation, how far the nearest neighbour is, and whether it has its own bathroom and electricity.

“If it is inaccessible by car, the price immediately drops by 25 percent,” Harman said. “It doesn’t make a difference if the walk to the property takes only five minutes. An ideal neighbour is 50 metres away, so they are able to see the property, but not close enough to invade the owner’s privacy.”

In central Slovakia, a ski lift is generally available within three to five kilometres of anywhere, Harman said.

Foreigners currently account for about 15-20 percent of purchasers of holiday houses and cottages, Harman said. They come mainly from Britain, the Netherlands and Poland.

“The composition of people buying holiday houses has changed. In the past, 90 percent were Bratislavans and the rest were from the regional capitals. Today, about two-thirds of the Slovaks are from Bratislava.”