PARLIAMENT has cleared the way for the government to wage battle against what it believes is a major threat during the euro switch-over in Slovakia. 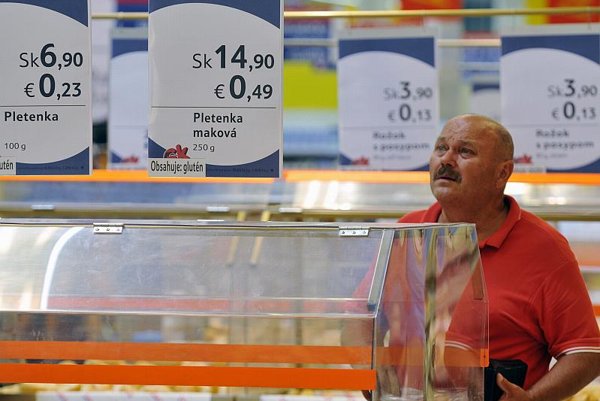 PARLIAMENT has cleared the way for the government to wage battle against what it believes is a major threat during the euro switch-over in Slovakia.

The country’s finance minister has assured the market that any government action would come only after thorough scrutiny of what pushed the prices up, but the business sector and opposition remain sceptical of the need for the new controls. Both businesses and market watchers tend to believe that competition is always the best form of price regulation.

The country’s central bank, the National Bank of Slovakia (NBS) and the National Association of Employers (RÚZ) also objected to the law, which will take effect on November 1, and had called for its withdrawal.

Slovakia is gearing up for adopting the euro in January 2009 and Prime Minister Fico has declared several times that the government will take tough action against anyone who attempts to abuse the switch by unjustifiably hiking prices.

Finance Minister Ján Počiatek said he is convinced that the government needs the new powers for maximum flexibility during the euro switch, even though regulating prices will be a last resort. He also said he believes that the government will not have to go that far.

“We will do our best to make sure that the market is flexible,” Počiatek said, as quoted by the SITA newswire. “So we do not have anything to fear, since the market will regulate itself.”

The cabinet approved the creation of a so-called price council in early July, tasking the ministers of education, finance, transport, economy, agriculture and health with watching prices in their own area.

“The government will be uncompromising when intervening against the unjustified increase of prices in the private sector,” reads the official cabinet document. “The basic role of the government is to protect the citizens from such practices, which stem from an imperfect market environment.”

Employer unions and business associations have on several occasions issued assurances that their members will refrain from abusing the euro switch, while businesses contend that the market itself will keep prices under control.

While the government maintains that the law will be a form of prevention, the opposition insists that its effect is debatable due to the difficulty of proving whether a retailer hiked prices unjustifiably.

According to Ivan Štefanec of the Slovak Democratic and Christian Union (SDKÚ), state officials will have to be able answer the basic question of whether a price hike was due to the euro switch.

“No one has explained to us yet how it is going to be possible to make that distinction,” Štefanec told the Sme daily.

Businesses say there are other ways to keep prices under control.

“Price regulation is dangerous for the business environment since it threatens the free creation of prices, which is one of the basic rights a seller has in a competitive environment,” Robert Kičina, executive director of the Slovak Business Alliance, told The Slovak Spectator in an interview earlier this year.

Another problem might be that price regulation only postpones an eventual increase till the end of the regulation, which leads to a jump in prices, Kičina said. The only effective way to avoid so-called speculation is to strengthen competition by improving the business environment and removing barriers to doing business, he added.

Since August 24, all prices of products and services must be displayed in both currencies: the Slovak crown and the euro. In early September, the Slovak Trade Inspectorate and the Association of Slovak Consumers started monitoring retailers for both the implementation of the dual-display and any unjustified price hikes.

The watchdogs targeted all types of businesses, but focused on monitoring small establishments located on the outskirts of cities or in places where the competition is not intense.

“We also focus on rural areas,” Miroslav Tulák, director of the Association of Slovak Consumers, said in early September. “The competition between hypermarkets is really high and no extraordinary price hike is expected there. However, small shops in villages often have no competition outside the cities. For older people, these shops might be the only option for doing their grocery shopping because they cannot travel to a supermarket 20 kilometres away.”

The state-controlled SOI also stressed that it would conduct spot checks in remote areas.

“The SOI will also be focusing on grocery stores in small villages where the possibility of choosing another retailer is minimal or non-existent,” Helena Homolová, the head of the Slovak Trade Inspectorate’s (SOI) press department, told The Slovak Spectator.

Citizens can contact both the SOI and the Association of Slovak Consumers by phone, personally or via email.

If the association rules that a complaint is justified, the business in question risks being added to its blacklist of euro-switch abusers, Tulák said.

However, Tulák also warned that over the past 12-13 months, the price of food products has grown relatively rapidly and one has to recognise that there is a difference between a price rise caused by developments on world markets and a hike that arises from a retailer’s determination to make some fast cash by abusing the euro switch-over.