THE EUROPEAN Court for Human Rights (ECHR) in Strasbourg on September 23 ruled in favour of Ivan Lexa, Slovakia's spy chief in the mid-1990s under then-Prime Minister Vladimír Mečiar, who had sued Slovakia for unlawful detention. 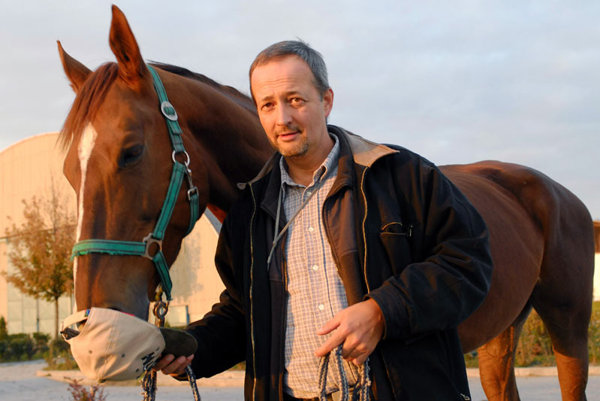 THE EUROPEAN Court for Human Rights (ECHR) in Strasbourg on September 23 ruled in favour of Ivan Lexa, Slovakia's spy chief in the mid-1990s under then-Prime Minister Vladimír Mečiar, who had sued Slovakia for unlawful detention.

The case dates back to 1995, when Lexa was implicated in the abduction of Michal Kováč Jr., the son of the former Slovak president. Mečiar, who served as Acting President for a few months in 1998, issued amnesties covering the case, putting an end to the investigation into their involvement in the crime. But in 1998 a newly-elected parliament, which Lexa had recently been elected to as a member of the HZDS, voted that the investigation could proceed, allowing for Lexa to be held in pre-trail custody from mid-April 1998 to mid-July 1999.

Once released from pre-trial custody, Lexa fled to South Africa, where he lived in exile until he was found and deported to Slovakia in 2002. Lexa told the SITA newswire that the Strasbourg court ruled that his imprisonment was unlawful under Article 5, paragraph 1 of the International Convention on Personal Security and Freedom.

“The verdict shows that my decision in 1999 to resist detention in compliance with Article 32 of the Slovak Constitution by leaving for several years of exile was legitimate and my only option at that time due to the fact that the state had been violating my constitutional rights,” Lexa said.

The ECHR denied Lexa financial compensation on the grounds that a legal victory was sufficient. However, it did award him legal costs. The verdict will take effect within three months if neither side appeals. At that point, Slovakia will be liable to pay Lexa €8,000.

Marica Pirošíková, who represented Slovakia before the ECHR, told The Slovak Spectator that she is considering whether to appeal the verdict.

“I will study the case,” Pirošíková said. “I’m not ruling anything out.”

Former justice minister Daniel Lipšic (KDH) told The Slovak Spectator that the ruling did not establish Lexa’s guilt or innocence, but rather the legality of the issued and revoked amnesties.

“In this issue, the European Court said that it lacked jurisdiction to dispute the interpretation of our courts,” Lipšic explained.

In fact, the ECHR confirmed the legality of Mečiar’s amnesties, according to lawyers.


Prime Minister Robert Fico stated on September 24 that he had expected the ECHR to come to such a decision because presidential amnesties are irrevocable.

He added: “From the moral point of view, I have huge reservations about these [Mečiar’s] amnesties, but we have to respect them.”

Lipšic told The Slovak Spectator that the Strasbourg court had no option other than to decide the way it did.

“Its verdict quite logically follows up the bad, in my opinion, decision of our courts,” he said.

Mečiar responsed to the ruling by telling journalists that Slovak government should compensate Lexa for his detention. But Fico disagreed.

“There is no reason to pay anything to Lexa, as there is not legal entitlement to do so,” he explained.

Mečiar actually granted two amnesties related to the Kováč abduction. The first, which was just one sentence long, stated, according to an official court translation, that cases related to the "notification of the abduction" were granted amnesty. The second awarded amnesty "concerning the suspicion of criminal offences allegedly committed in the context of the reported abduction ... which allegedly occurred on August 31, 1995.”

He based his argument on the Radbruch Formula, a well–known legal theory that states that if a law contradicts justice "to an intolerable degree," the law should be disregarded in favour of justice.

Jaroslav Svěchota, former deputy director of the SIS, who was also originally charged with participating in the abduction, told the Plus 7 dní weekly in the summer 1999 that Mečiar had masterminded the crime.

“I don't think that I should suffer the consequences when I was only following orders, and the man who is responsible for everything goes free and laughs,” Svěchota said.

Svěchota later filed a complaint in the Constitutional Court, which dismissed the charges against him, citing Mečiar’s amnesties.

But a second panel of Constitutional Court judges rejected a similar argument made by 20 former SIS employees accused of involvement in the case on the basis that the amnesties were vague.

The second panel ruled that if it is impossible to alter or revoke amnesties, then Mečiar wasn't allowed to change or abolish his own amnesty, which means the original is the only one that's valid.

“And the text of that amnesty doesn't concern the crime of abduction in any way,” Lipšic emphasised.

“If we concede that amnesties may not be altered, which is what opponents of revoking Mečiar's amnesties, then logically Mečiar's second amnesty should be invalid," he told The Slovak Spectator.

Valko also pointed out that it had never been established whether Mečiar had issued an amnesty to himself.

"This is all about the relationship between the letter of the law and justice," he said. "If we agree that justice is above the law, then we shouldn't have a problem revoking the amnesties."

Former Slovak President Michal Kováč also believes that justice should win over law. He reiterated that Mečiar issued the amnesties to cover up a crime that , in all likelihood, he had orchestrated, which means he did it to protect himself.

“As prime minister, he was responsible for what happened [the abduction],” Kováč told The Slovak Spectator.

“In this context, to consider an amnesty something that cannot be changed, something that is permanently valid, contradicts the spirit of law,” Kováč added.

Kováč stated that the Strasbourg court may not have had all the information against Lexa.


“I assume that our case was not thorough and complete,” he said.

He added that Mečiar and Lexa should be interested in completing the investigation of the case and its completion at court.

“So that they can clear their name, if they feel innocent.”

Former interior minister Vladimír Palko has reacted to the ruling by calling for Mečiar’s amnesties to be revoked through a constitutional law. The KDH, which Palko was a member of until recently, has tried to revoke the amnesties five times.

Michael Kováč, Jr. was abducted on August 31, 1995 and driven to the Austrian village of Hainburg.

Oskar Fegyveres, an SIS agent who participated in the kidnapping, testified that SIS agents were involved. The Upper Court in Vienna came to a similar conclusion.