THE RECENT bus crash in Croatia that killed 14 Slovak tourists and injured many others was an unfortunate reminder of the value of travel insurance. Because all the passengers were insured, millions of crowns will be paid to cover the cost of their medical treatment, transport back to Slovakia, and transport of the bodies, the Hospodárske Noviny wrote. 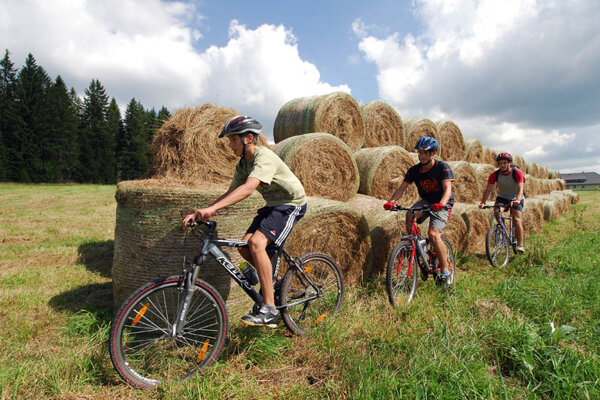 Tourists should check which sporting activities are covered by their insurance policies. (Source: ČTK)
Font size:A-|A+

THE RECENT bus crash in Croatia that killed 14 Slovak tourists and injured many others was an unfortunate reminder of the value of travel insurance. Because all the passengers were insured, millions of crowns will be paid to cover the cost of their medical treatment, transport back to Slovakia, and transport of the bodies, the Hospodárske Noviny wrote.

“For some years we have seen an upward trend in the number of signed policies,” Judita Smatanová, spokesperson for the Union Poisťovňa insurance company, told The Slovak Spectator. “Probably people are better informed and more responsible. Maybe they realise to a bigger extent the risk they are exposed to during a holiday abroad.”

“This is because travel agencies offer clients insurance together with their holidays,” Petra Greksová, the spokesperson for Allianz – Slovenská Poisťovňa, told The Slovak Spectator. “During business trips, the employer should provide the insurance.”

Insurance companies offer ready-made travel insurance packages which include coverage of medical expenses, accidental death, injury or disablement benefit, emergency evacuation or repatriation, cancellation of the trip, loss, theft or damage to baggage, assistance services and others. It is also possible to order a customised package or pick only some of the services.

“The possibility to select individual kinds of insurance and made-to-measure insurance indirectly urges them to think about their needs when travelling abroad,” Eva Jacková, the non-life insurance manager at the Slovak Insurance Association, told The Slovak Spectator. “The client has to consider his activities while abroad and inform the insurance company when signing the policy. From the viewpoint of the insurer, there is a difference between a business trip, a holiday on a beach, and an adrenaline trip when settling a claim.”

The mistakes that Slovaks often make when selecting an insurance product are that they do not accurately assess the risks to which they might be exposed, don’t enquire as to whether the selected policy covers those expected risks, and don’t know which activities and situations are excluded from coverage, according to Jacková.

“It may happen that a client going on a regular summer holiday doesn’t know which sports, even recreational ones, their insurance company regards as risky,” she said.

This may lead to a situation in which the insurance company refuses to pay the claim because the client was injured during a sport or activity excluded from coverage.

Smatanová explained that coverage of medical expenses means the insurer covers the cost of necessary and urgent medical treatment. But accident insurance means the insurance company pays the client a portion of the insured sum if they are the victim of an accident that results in permanent injury or illness. This requires clients to take an active approach when selecting which product best suits their needs, she said.

Travel insurance packages differ from company to company in the scope of the insurance products they offer, which activities they cover, and their limits on expenses and claim settlements.

In general, insurance companies offer standardised travel insurance packages and clients can select above-standard insurance products that insure against, for example, lost baggage or a cancelled holiday. For hikers, there is insurance policy covering the expense of the mountain rescue service.


“But the number of clients getting travel insurance via the internet or text messages is increasing,” Smatanová said.

“False claims most often occur in travel insurance,” Smatanová of Union told The Slovak Spectator. “In question are small sums, but as far as the number of cases, it is the highest.”

Union states the most common form of fraud is double billing resulting from false documents about hospital stays and medical treatment, which it maintains hospital staff in Latin America and the Middle East offers to tourists in summer resorts.

Some clients also rewrite or add data on documents about payments for medical treatments and overstate the value of lost baggage.

They also sometimes try to get indemnities for cancelling a trip - for example, due to medical reasons - by using false medical documents. There have also been cases in which clients tried to register for insurance after an accident had already happened.

“Uncovering fraud requires cooperation with health facilities and police abroad,” Jacková told The Slovak Spectator. “People who investigate insurance claims have a lot of experience that enables them to catch facts that a common client might overlook and that can indicate an attempt at insurance fraud.”

“But it is worth mentioning,” she added, “that Slovak law defines insurance fraud as a criminal offence.”