Tatra tram and funicular are 100

THE TATRA Tram Railway (TEŽ) is celebrating its 100th anniversary. On September 20, not only railwaymen but history lovers and residents of Poprad, High Tatras and other communities beneath the Tatra mountains, to which the tram brought new opportunities for development, gathered to commemorate the anniversary, the SITA newswire wrote. 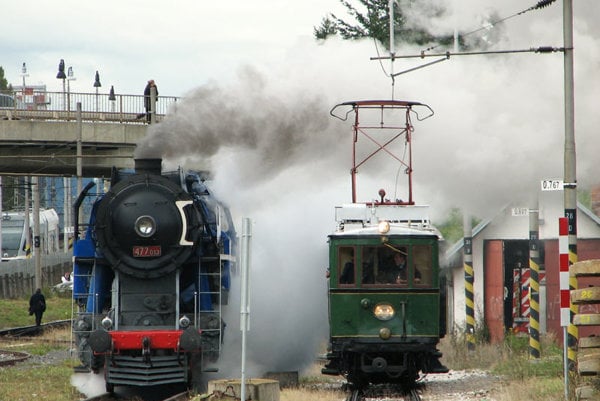 THE TATRA Tram Railway (TEŽ) is celebrating its 100th anniversary. On September 20, not only railwaymen but history lovers and residents of Poprad, High Tatras and other communities beneath the Tatra mountains, to which the tram brought new opportunities for development, gathered to commemorate the anniversary, the SITA newswire wrote.

“The tram has seen rich development during these 100 years,” Ladislav Olexa of railway company Železničná Spoločnosť Slovensko (ZSSK) told SITA. “The trams carried construction material to High Tatras, which developed during the period. The tram also witnessed preparations for the World Skiing Championships in 1970.”

Since 2001, modern trams have been running on the TEŽ, offering passengers not only swifter transport between settlements in the Tatras but also beautiful views and comfortable seating.


According to Olexa, the decision by previous generations to build a tram for the Tatras was wise and right. The tram has been a crucial part of the rail transport system.

“Modernisation and unification of the system would be in order, since the Tatras have several systems of transport,” Olexa added.

One of the first steps could be conversion of the section of railway between Poprad, Studený Potok and Tatranská Lomnica from standard gauge to the narrow gauge which the tram uses. Another solution could be a second track between Poprad and Starý Smokovec, or straightening the sharp bends on the TEŽ. According to Olexa, the original constructors built the base for this.

The celebrations of the hundredth anniversary of the Tatras tram began in the morning in the TEŽ depot, where railwaymen exhibited a range of technology. Visitors were attracted mainly by a historical tram, Kométa (Comet), and a steam engine, Papagáj (Parrot).

Employees of the depot and the Veteran Club of Railways in Poprad also brought out various freight cars and carriages which have run on the Tatras railway. Cable cars from the suspension cableway and funicular were also on display.

In the afternoon, the celebrations moved to High Tatras, where a Kométa tram dropped passengers.

At the railway station in Starý Smokovec, a commemorative plaque was unveiled to mark not just the tram’s 100th anniversary, but also 100 years since the launch of the funicular from Starý Smokovec to Hrebienok. The funicular began operating in the same year as the tram.