A NEW European Values Study presented by the Slovak Academy of Sciences (SAV) on September 24 found that Slovaks place the highest value on family and work. 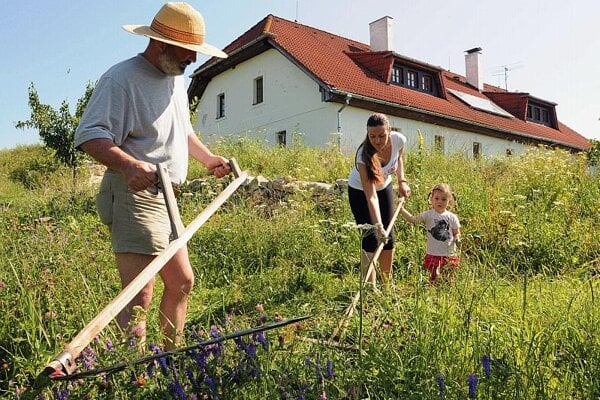 Family values are on the rise. (Source: ČTK)
Font size:A-|A+

A NEW European Values Study presented by the Slovak Academy of Sciences (SAV) on September 24 found that Slovaks place the highest value on family and work.

Almost 90 percent of respondents chose family as the most important value. Almost one half said that friends and acquaintances play a very important role in their lives.

Other areas of life that placed high on the list of values were hobbies, religion and politics.

The survey is part of a project organised by the Tilburg University in the Netherlands. Its objective is to discover the continuity and changes in the make-up of values across Europe.

It is the oldest comparative poll in Europe, taking place in Slovakia every nine years since 1991.
Zuzana Kusá, a sociologist, headed the survey in Slovakia.

“A phenomenon is occurring in Slovakia that we call ‘the 'privatisation of life and strengthening of the importance of privacy,'” Kusá said at a press conference. “We are moving away from looking to the state to provide a good life and expecting more from our family and loved ones.”

The value placed on family is shared across much of Europe, Kusá said.

“Russia and the Baltic republics are the only places where it came out below average," she told The Slovak Spectator. “The family was, and still is, globally the strongest motivational factor."

She concluded, "The importance of family for safety and reliability grows as uncertainty in other spheres of our lives increases."

But as the bonds between family members have grown stronger, the survey shows that Slovaks trust each other less than in the past.

“More people believe in reincarnation than stated their belief or trust in other people," Kusá said.
On the topic of patriotism, Kusá noted that 70 percent of Slovak Hungarians responded that they are proud of being Slovak citizens, which is the highest number ever recorded.

Eleven years ago, Slovakia had the smallest share of citizens in Europe who stated they were very proud of their nationality.

Kusá believes this changed because Slovakia is freeing itself from the international isolation experienced during socialism and the Mečiar era and because of the successful reforms carried out since 2000.

The study revealed several other changes.

On the topic of participation in politics, the public has observed both a greater responsibility to be aware of politics and a decreased willingness to become involved, it stated.

“In the sphere of family life, I was surprised by the changes in views concerning the idea that a woman must have children to feel complete and fulfilled in her life,” Kusá said.

The number of women who said having children is necessary to feel complete has increased since the poll was last taken in 1999.

The number of people who responded that they would refuse to have Roma neighbours has radically declined. In 1999, that number was 77 percent. This year, it was only 47 percent.

Miroslav Tížik, a sociologist with the SAV, told The Slovak Spectator that he believes the Slovak public has begun to adopt political correctness.

“It seems that people have learned how to express themselves in a politically correct manner,” he said.

Tížik agreed that this is a natural part of socialisation.

“It only shows that people have learned to recognise the elementary rules of how a society functions,” he commented.

Kusá added that the public's increased acceptance of the idea of having Roma as neighbours may also be because the respondents believed such a proposition to be unrealistic.

“More than 50 percent of the population is uninterested in the living conditions of Roma,” Kusá observed from the results of the survey.

A similar rise in acceptance was seen among people asked about their theoretical reaction to having homosexual neighbours. Fifty–four percent of respondents were uneasy about that idea in 1999. This year, it was less than 32 percent.

Tížik said that the increased acceptance was due to fact that homosexuals are not seen as disruptive.

“A homosexual neighbour would not necessarily make noise or create a mess,” Tížik told The Slovak Spectator.

On the other hand, Slovaks were steadfast in their opposition to homosexual couples adopting children.

“Less than 10 percent agree (completely or partially) with this,” Kusá said.

She noted that both religious and non–religious respondents shared that opinion.

“So when it comes to helping homosexuals, people don't show such high tolerance,” Tížik said.

Among parents, a belief in teaching children lessons about tolerance and consideration have declined markedly, the survey found. Less than half of respondents considered those crucial values about which parents should educate their children.

Kusá commented that it is hard to know whether the recent poll reflects what the population truly believes or whether the respondents gave answers they believed were the most moral.

“We cannot see inside people’s hearts and minds," she said. "This may just be a survey revealing the power of conventions."

Even so, the findings revealed that enough people believe it is morally acceptable to say they are barely, if at all, interested in the Roma population's living conditions, she said.

“Yet to state the same about the living conditions of children in poor families would not have been acceptable at all,” she noted.