SLOVAKIA now boasts a price council with everything: high-ranking members, a chairman, an exacting agenda, a range of powers and a chorus of opponents. The Slovak cabinet in late September gave its final backing to the body, whose job will be to restrain businesses’ handling of prices during Slovakia’s switch to the euro. 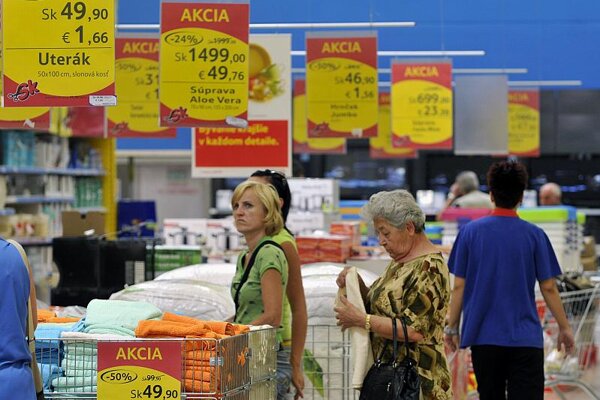 SLOVAKIA now boasts a price council with everything: high-ranking members, a chairman, an exacting agenda, a range of powers and a chorus of opponents. The Slovak cabinet in late September gave its final backing to the body, whose job will be to restrain businesses’ handling of prices during Slovakia’s switch to the euro.

While the government says that the existence of the price council is justified – since, it argues, it enforces popular trust in the process, while respecting the nature of the market - businesses are rather less certain, saying that all such a board will do is increase administrative regulation of the economy.

The price council is only one of the tools that the government has recently introduced to protect citizens from what it calls unjustified price hikes and speculation.

As of November 1, a law comes into effect that grants the government the power to regulate prices if it detects signs of unjustified price rises. Slovakia will switch to the euro on January 1, 2009, and Prime Minister Robert Fico has promised tough action against anyone who attempts to abuse the switch by raising prices without justification.

The price council is to be a regulatory body of the government tasked with successfully wrapping up the process of installing the euro in Slovakia, said the chairman of the Slovak Chamber of Trade and Industry (SOPK), Peter Mihók, who will lead the council.

The council will monitor the development of prices in Slovakia in relation to the adoption of euro and compare these moves with prices in neighbouring countries which are not members of the eurozone, Mihók told The Slovak Spectator.

“The council will also compare perceived inflation with real inflation and thus prevent tensions among players on the market,” Mihók said. “I accepted the chairmanship as a professional challenge for someone who is an unambiguous supporter of the market economy and considers the market the best regulator.”

The other members will be Finance Minister Ján Počiatek, Education Minister Ján Mikolaj, Agriculture Minister Stanislav Becík, Health Minister Richard Raši and Minister of Transportation Ľubomír Vážny.
However, business representatives and observers say the council is unlikely to bring much benefit to the public or to businesses.

“The creation of the council is an unnecessary step that does not take us anywhere, while only adding to greater administrative regulation of the economy, which is exactly the opposite of what the euro is intended to do,” Ján Oravec, president of the Association of Slovak Businesses, told The Slovak Spectator.

Mihók said that the existence of the board is justified by its efforts to create societal trust in the new currency and countering the myth that the euro will automatically bring price hikes and unjustified gains for retailers and service providers.

As for the authority that the council has been given, Mihók said that it is an advisory body of the government and as such it will mainly provide “objective information to the government and the public and make recommendations in the event that price growth might lead to the destruction of the market itself.”

However, Mihók added that, considering the developed competitive environment in Slovakia, this is unlikely to happen.

The price council should operate until December 31, 2009, which Mihók says proves that its functioning is strongly linked to the euro.

“It is the maximum time limit of my mandate, which I personally set when accepting this position,” Mihók concluded.

According to Oravec, however, the price council is mainly for effect since the prices of consumer goods, mainly foodstuffs, which will be watched most closely because the population is most sensitive to them, in reality don’t influence inflation very much.

Prices which have a real influence on inflation, such as wages and the cost of labour, are unlikely to be monitored closely by the council, Oravec added.

Commenting on the impact that the price council might have on the business environment, Oravec said it marks a 20-year regression.

“Its most negative side is the deformation of relative prices: we can expect slower growth of the most closely watched prices and at the same time, as compensation for price regulation, in other areas a faster growth of prices which are not under such strict scrutiny - since watching all prices will not be within the power of the price council,” he added.

Meanwhile, Počiatek said that consumers will be the best weapon against unjustified price hikes, with one goal of the council being to gather as much information about price changes as possible, the SITA newswire reported.

The cabinet came up with the idea of the price council earlier this year, in order to have a tool to “intervene uncompromisingly against unjustified price increases in the private sector,” reads the official cabinet document.

Employer unions and business associations have on several occasions declared that their members will restrain from any abuse of the euro adoption process to hike prices.

Critics have also warned that the effect of such legislation is questionable since it would be difficult to prove that a retailer hiked prices unjustifiably.

“The act of monitoring prices is, in fact, not a problem; after all, the Statistics Office has been doing that and publishes inflation data based on its monitoring,” the executive director of the Slovak Business Alliance, Robert Kičina, told The Slovak Spectator. “But price regulation is dangerous for the business environment since it threatens the free creation of prices, which is one of the basic rights of the seller in a competitive environment.”

Another problem might be that regulation of prices only postpones an eventual increase till the end of the regulation, leading to a jump in prices, Kičina said.