WOMEN in Slovakia are more likely to have university degrees than men, are more interested in improving their IT skills, and are more likely to be willing to make concessions to keep their jobs. At the same time, they hold just 30 percent of the best jobs as managers, executives and legislators, and earn, on average, 27 percent less than men. 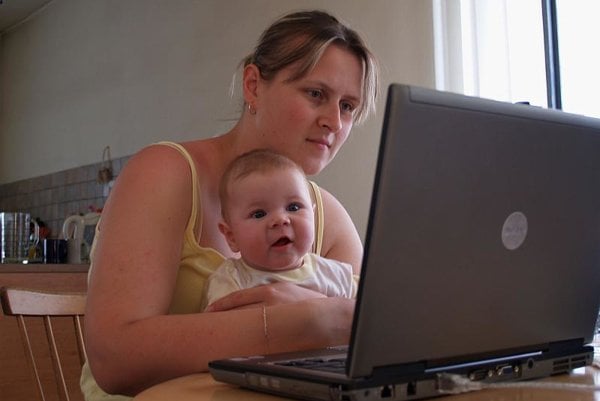 WOMEN in Slovakia are more likely to have university degrees than men, are more interested in improving their IT skills, and are more likely to be willing to make concessions to keep their jobs. At the same time, they hold just 30 percent of the best jobs as managers, executives and legislators, and earn, on average, 27 percent less than men.

These are among the findings of a group of sociologists and researchers under the leadership of Zora Bútorová of the Institute for Public Affairs think-tank in Bratislava. Bútorová and her colleagues have assembled three years of research into gender and age issues in Slovakia into a book titled He and She in Slovakia: Focus on Gender and Age, which will be released in November.

The book, whose Slovak version was released on September 29, describes a deepening of the gender gap in Slovakia’s labour market over the past decade, even as the European Union has urged that the gender gap be narrowed. Whereas the average gross monthly wage for men in Slovakia grew by 51 percent in nominal terms between 1997 and 2006, it rose only 47 percent for women. The already deep wage gap between men and women thus widened by five percentage points over that time.

Moreover, following an economic slowdown in Slovakia from 1999-2001, the employment rate of Slovak men rose 7.4 percentage points by 2007 to 68.4 percent, while the rate for women climbed only 1.6 percentage points to 53.1 percent. Not only are men earning more than women, they are also working more – and the gap is growing.

“It is interesting that even the fact that women are generally more educated has not reduced the gender pay gap,” wrote co-author Monika Bosá. “O the contrary, the greatest gender differences in remuneration [33 percent] were seen between the most educated women and men.

“Nevertheless, the gender pay gap is universal in nature and concerns all categories of women and men in the labour market. Regardless of ownership sector, economic sector, wage group, education or age, the hourly and monthly wages of women are always lower than those of men.”

Bútorová, who was unavailable for an interview for this story because of her travel commitments, described in a foreword to the book the contrast between the real situation of women in the labour market in Slovakia, and the ideals of equality that the country is committed to.

“While the Slovak Republic officially subscribes to the principle of equal opportunities for women and men, most of these resolutions remain largely on paper. This publication illustrates the strong prevalence of gender inequalities in real life.”

The inequality of opportunity between men and women on the labour market has several consequences. First, because women earn lower salaries during their working years – overall, for example, twice as many women (38 percent) as men (17 percent) earn less than Sk10,000 a month – they in turn receive lower pensions when they retire. And they retire about five years earlier than men, meaning that they receive less, earlier. The vicious circle is completed by the fact that women outlive men in Slovakia by about eight years on average, meaning that they experience a longer and poorer old age than their male counterparts. This is variously described by the book’s authors as the feminisation of poverty and the feminisation of old age.

The second main aspect of gender inequality in the labour market is that women continue to face an enormous double burden of both professional and domestic responsibilities. Indeed, while according to surveys women and, to a lesser extent, men agree that many domestic chores should be shared equally, in reality women continue to perform the bulk of the household chores. With this double workload, women are handicapped (by their limited energy, time and other responsibilities) to compete with men for better-paid jobs that require greater dedication.

Indirect consequences of the double burden that women bear include the fact that women are more likely to take a job closer to home in preference to a better a job further away because they feel obliged to remain closer to their children; child care remains the principal responsibility of women.

Bútorová noted that following the 1989 Velvet Revolution, calls for gender equality were often shrugged off by a political elite that was gripped by “more pressing” matters.

“Many people held the opinion that feminism was the kind of luxury that a fledgling and fragile democracy struggling to stay alive could ill afford, and that its time would come once the main issues had been resolved,” she wrote.

While Slovakia’s desire to join the European Union from 2000 to 2004 required that the country also take on some of the EU’s gender equality policies, she added, once Slovakia was admitted to the Union, politicians took their feet off the gas.

“The situation did not improve after 2006, when [former PM Mikuláš] Dzurinda’s centre-right administration was replaced by the current ruling coalition [of PM Robert Fico],” she wrote. “While the main ruling party (Smer–SD) incorporated “social democracy” into its official name and formally subscribes to leftist values, neither its rhetoric nor its actions suggest any intention to address this issue, which is embraced by social-democratic parties in developed democracies.”

The task of achieving change, according to Bútorová, thus falls on NGO activists, researchers, and women themselves. Getting the latter to stand up for themselves, she acknowledges, may be the most difficult task of all.

“Slovak women are not satisfied with the continued and traditional unbalanced division of labour within the family, and they are also more critical of their status and opportunities on the labour market and in politics. Compared to men, however, they have less clear ideas on how to fight discrimination on the labour market, and tend to prefer a strategy of passive adaptation; in doing so, they actually help to cement their weaker position within the public sphere.”