IN PAST weeks, Margita Mečiarová, wife of three-time former prime minister Vladimír Mečiar, has been the target of jokes about her alleged stock-market smarts. Mečiarová, it was discovered earlier this month, sold a 10-percent stake in the Trend Tatry company for Sk60 million in 2005, only months after having bought it for its nominal value of Sk1 million. The windfall helped her husband pay off the Sk48 million he owed on his mansion, known as Elektra. But it appears that Mečiar owes more to the generosity of the original seller of the shares, entrepreneur Július Rezeš, than to his wife’s acumen. 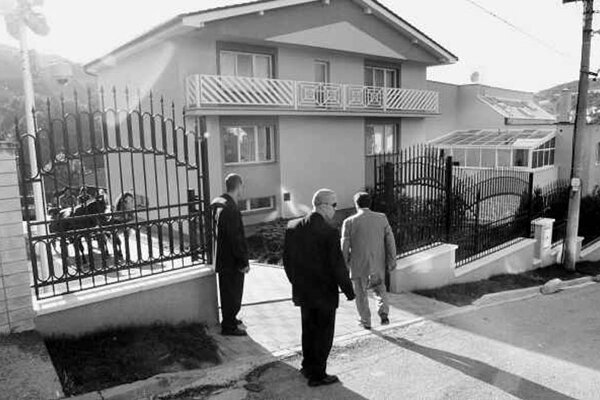 IN PAST weeks, Margita Mečiarová, wife of three-time former prime minister Vladimír Mečiar, has been the target of jokes about her alleged stock-market smarts. Mečiarová, it was discovered earlier this month, sold a 10-percent stake in the Trend Tatry company for Sk60 million in 2005, only months after having bought it for its nominal value of Sk1 million. The windfall helped her husband pay off the Sk48 million he owed on his mansion, known as Elektra. But it appears that Mečiar owes more to the generosity of the original seller of the shares, entrepreneur Július Rezeš, than to his wife’s acumen.

In selling the Trend Tatry stake to Mečiarová, Rezeš was doing more than just providing Mečiar with a formal explanation for how he financed Elektra, a question that has dogged the ostensibly low-income former leader for almost a decade. Given that Trend Tatry owned extensive land under the High Tatras mountains in northern Slovakia, the stake that Mečiarová bought must have been worth at least ten times what she paid Rezeš for it.

It also appears that one good turn, in the end, deserved another. Several of Trend Tatry’s owners and executives received well-paid posts in state firms or valuable land for a pittance after Mečiar’s HZDS party joined the ruling coalition in July 2006.

As The Slovak Spectator reported last week, Mečiarová sold the shares in Trend Tatry to an offshore company registered in Gibraltar. Of the Sk60 million purchase price, Sk48 million was offset against the loan that Mečiar claimed to have taken from the same company, Paola Properties, to rebuild Elektra. The remaining Sk12 million was paid in cash, in order that Mečiar would have enough to cover the taxes due on the deal. The transaction took place on June 9, 2005, only six days before parliament approved a law allowing property to be seized from people who could not prove they had acquired it legally.

Even though it is far from clear whether any money actually changed hands, Trend Tatry was not an ordinary shell company. In October 2003 the company bought 50 hectares (500,000 square metres) of land in the High Tatras from the Tatra – Thermál company in the third round of a bankruptcy auction. According to a source with detailed knowledge of the deal, Trend Tatry paid Sk96 million for the property, which included the rights to the lease another 50 hectares.

Darina Kapraľová, who was the bankruptcy trustee on the Tatra – Thermál sale, confirmed the value of the sale. “I know for sure that it sold for over Sk90 million, but the documents are in the regional court archives, so I can’t give you the exact figure,” she said. Kapraľová said that Trend Tatry had appeared “suspicious” to her, based on its personnel. At the time of the sale, Ondrej Žemba was the chairman of its supervisory board. According to members of the police organised crime unit, Žemba is a “person of interest” in the Slovak underworld.

“But they made the deposit and paid the remainder of the purchase price in full, so there was no reason not to sell it to them,” the trustee said.

Notwithstanding the fact that land prices rose sharply in the Tatras between 2003 and 2005, the 100 shares that Margita Mečiarová bought from Július Rezeš would have been worth at least ten times what she paid for them.

The Slovak Spectator was unable to discover whether Rezeš or other members of Trend Tatry had received any compensation for the cut-price share sale. Mečiar refused to comment on the deal, and a spokesman for Rezeš, Tomáš Bálint, said that for his boss, “this topic is closed”.

However, according to another of Trend Tatry’s co-founders, Milan Bališ, the deal could have been linked to other, unknown conditions. “There could be another contract or an appendix providing for an additional payment,” he said in an interview with The Slovak Spectator.

One thing is for sure – following the entry of Mečiar’s HZDS into government after the 2006 elections, some members of Trend Tatry or people closely associated with them were either nominated to lucrative state posts by the HZDS, or signed lucrative contracts to buy state property with the help of HZDS nominees.

Rezeš, for example, was nominated to the supervisory board of the oil pipelines firm Transpetrol at the end of 2006. According to the Transpetrol annual report for 2006, the latest version available on the internet, the gross income of supervisory board members that year was Sk8.8 million, or Sk975,000 for each of the nine members.

Bališ and Gabriel Vysaník, two other Trend Tatry founders and owners, bought valuable state land under the High Tatras in 2007 on the basis of two major transactions initiated by the HZDS nominee at the Slovak Land Fund, Branislav Bríza.

The GSM firm, co-owned by Bališ and Vysaník, in the end secured title to only one of these sweetheart deals, a 675,000 square metre estate in the municipality of Veľká Lomnica, for which they paid only Sk3 million.

The real value of the land has been put at Sk100 million; if it is re-zoned from agricultural to residential land, its value would be closer to Sk1 billion.

Bališ’ sister, Eva Dušičková, after the elections was appointed to the supervisory board of the SPP gas utility, where along with other board members she received a Sk500,000 bonus for 2007, on top of her wages.

“My sister is 55 years old, she doesn’t let me lead her by the hand,” Bališ said. “I don’t even know if she was nominated by the HZDS.”

The Slovak Spectator was unable to reach Novák or Dušičková for comment.

However, in an interview in April 2007 with the Hospodárske Noviny financial daily, Rezeš said that “if you want to be successful in big business, you have to cooperate with politicians,” and that “I don’t try to hide that I have close relations with Vladimír Mečiar”.