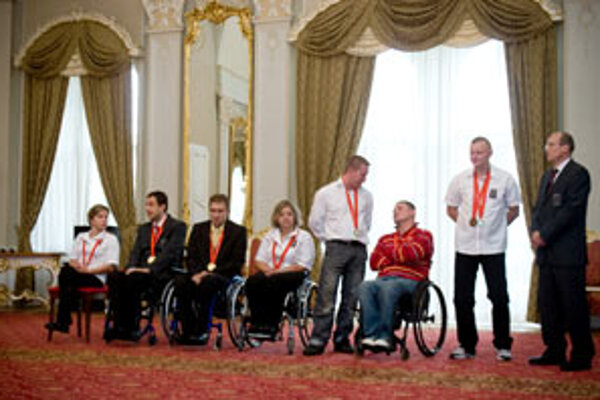 In his speech for the occasion, he emphasised that the Paralympic team had contributed to spreading Slovakia’s good name in the world and praised the team’s achievements, which include winning two gold, three silver, and one bronze medal, the SITA newswire wrote.

Veronika Vadovičová, who won gold in shooting, was the first athlete to score a medal at this year’s Games. Ján Riapoš and Rastislav Revúcky won gold in the wheelchair table tennis team competition.

Since independence, Slovak athletes at the Paralympics have won 68 medals (12 gold, 28 silver and 28 bronze). The most successful individual athlete is Ján Riapoš, the current chairman of the Slovak Paralympic Committee, who is the only person to have won two gold medals.

During his speech, Fico also mentioned the discrepancy in state support for training Olympics athletes compared with Paralympic athletes.

The state spent Sk52 million (almost €1.73 million) to support each Olympic medal winner, he said, while it spent only Sk2.5 million (€83,000) to support the country's Paralympic medallists.