STV stung by talk of crisis

CURRENT and former managers of the public broadcaster Slovak Television (STV) have spoken out recently about the dire financial situation at the station, which they attribute to gross mismanagement. 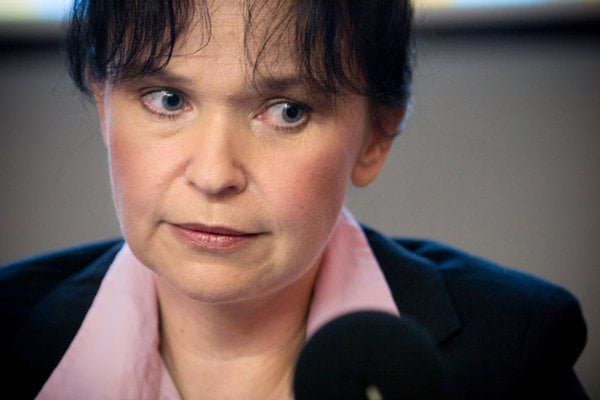 CURRENT and former managers of the public broadcaster Slovak Television (STV) have spoken out recently about the dire financial situation at the station, which they attribute to gross mismanagement.

At the centre of it all is Štefan Nižňanský, STV’s general director, who, after only five months on the job, has filed a lawsuit against Bohumír Bobocký, the chairman of the STV Council, and two high-level former managers, Petronela Kolevská and Elena Šrámková, who were forced to resign.

According to an announcement published on October 14, STV is suing Šrámková and Kolevská for allegedly divulging business secrets to the media after they were fired. STV is suing Bobocký for telling the media in September that the station is headed for bankruptcy by the end of the year. Bobocký declined to comment on the lawsuit.

But Šrámková and Kolevská told both the Sme daily and the Medialne.sk website that they “did not reveal any confidential information” to the media. Šrámková said none of the information she discussed could possibly have harmed STV or violated confidentiality.

“All the data I provided is accessible on the STV website and probably will be in the future, as the STV uses public finances,” Šrámková said.

In response, Šrámková has filed two lawsuits of her own – one against STV for wrongful dismissal and one against Nižňanský for slander. Kolevská has responded by saying she gave data only to the STV Supervisory Committee, which oversees the management, not to the media.

Bobocký made the comments in question after a meeting of the STV Council on September 9 that failed to achieve a quorum.

“The budget that was submitted estimates an account balance of just Sk640,000,” he told journalists. “So insolvency is looming large.”

Upon reviewing STV’s annual report, the Pravda daily confirmed that the station is exceeding its budget for producing programmes. The report also confirms Bobocký’s comments, the daily wrote.

“This is insufficient to satisfy STV’s needs,” Miroslav Galamboš, a member of STV’s Supervisory Committee, told Pravda. “The station needs millions more for wages and royalties.”

Bobocký said STV faces a significant chance of operating at a loss of Sk200 million (€6.6 million). According to Nižňanský, the problem is that STV has been underfunded for a number of years.

“To fulfil its basic legal duties, produce its intended programmes and update technology, even minimally, the station needs at least Sk300-400 million more,” he told The Slovak Spectator.

What has also added to the station’s financial troubles, Nižňanský said, is that the former STV management expected that a law passed last year on licensing fees would bring in at least Sk200 million more than it has.

“When I joined the STV this April,” Nižňanský noted, “I took over an institution that was burdened by numerous past liabilities.”

Nižňanský emphasised that Bobocký's comment did not reflect the opinion of the entire Council.

“This has caused STV to have a handicapped business position on the market,” he alleged.


But both Bobocký and Kolevská continue to place much of the blame for the budget shortfall on Nižňanský.

“He completely contradicted what he had promised,” Bobocký told media.

In a statement released after her dismissal on September 30, Kolevská implied that she cannot be held responsible for problems in programming because Nižňanský gave control of it to Juraj Dobiš, the head of production. Moreover, programme production was ordered from external sources under conditions that were not profitable for STV, she wrote. Šrámková, the former controller, wrote in her statement posted on Mediálne.sk on October 2 that Nižňanský and Dobiš lacked respect for public funds.

“Despite a constant deficit in resources for fulfilling its legal obligations as a public television station, this management failed to sensibly administer even the resources it had at its disposal,” Šrámková alleged. "In the production of dubbing, almost all of the resources were used up within the first half of the year."

Šrámková stated that she informed the STV leadership of her concerns but no action was taken.

Nižňanský told The Slovak Spectator that he would not comment on these claims.

“I would like the discussion to stick to the facts,” he said, adding, “I know the situation is difficult, but I definitely do not consider it hopeless.”

Kolevská, Šrámková and the STV Council have also accused Dobiš of abusing his position. A report published in the Pravda daily on October 9 found that Dobiš had signed a contract with BAMAC company without authorisation. But at a press conference on October 7, Nižňanský and Dobiš said only that the station is being assailed “from behind the scenes”.

“Since my start here, I have been subject to enormous pressure from interests associated with the STV Council Chairman,” Nižňanský said.

Dobiš even claimed that Šrámková’s ex-husband Kamil Šrámek, whom Bobocký knows, had threatened him with a gun.

“He walked into my office, made a big show of taking off his leather jacket to show that he had a gun on his belt, and stated that we resolve the issue of dubbing production once and for all,” Dobiš charged.

He alleged that Šrámek forced him to order all dubbing for the station through his production company.

Bobocký denies the accusations and accuses Nižňanský and Dobiš of trying to deflect attention from the station's financial situation.

Peter Malec, vice-chairman of the STV Council, disagrees with Bobocký, Šrámková and Kolevská.

“The situation in STV has been dire for a long time,” Malec told The Slovak Spectator. “Many things that were supposed to improve the situation have not.”

Therefore, Malec added, Nižňanský is not to blame after only five months at the top. Bobocký has tried to dismiss every general director so far because “nobody pleases him”, he said.

“Bobocký finds Nižňanský unacceptable because he wanted someone else to become general director,” he said. “That is the whole point.”

On October 14, the Parliamentary Committee for Media took up the financial situation in STV. It acknowledged that the station will have only Sk640,000 by the end of the year.