Tarja TurunenThe world-known soprano, known as the voice of Finland, sings rock, heavy metal as well as opera within her Storm Returns to Europe tour. When: October 24, 20:00Where: Incheba Expo Arena, Viedenská cesta,BratislavaTickets: from Sk590/€19.58 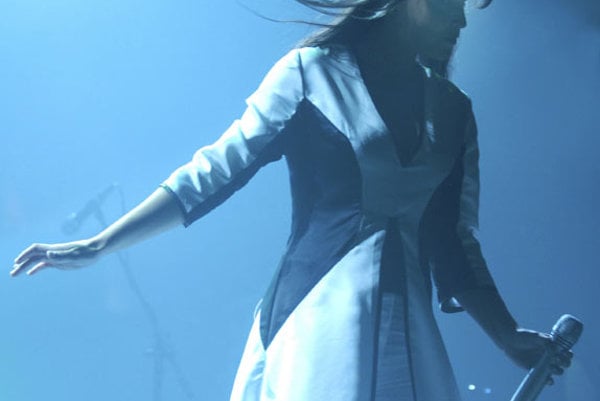 The world-known soprano, known as the voice of Finland, sings rock, heavy metal as well as opera within her Storm Returns to Europe tour.
When: October 24, 20:00
Where: Incheba Expo Arena, Viedenská cesta,
Bratislava
Tickets: from Sk590/€19.58

This English singer-songwriter and one of the world’s most successful and popular artists will come to Bratislava within his All The Lost Souls tour. This album was released in the fall of 2007 and includes songs such as 1973, Same Mistake, and Carry You Home.
When: October 26, 20:00
Where: Incheba Expo Arena, Viedenská Cesta,
Bratislava
Tickets: from Sk890/€29.54

The British rock group known for the distinctive vocal style and flute work of front man Ian Anderson celebrates its 40th anniversary with a special tour.
When: November 5, 20:00
Where: PKO (Culture and Leisure Park) at Nábrežie Ľ. Svobodu 3, Bratislava
Tickets: from Sk1,199/€39.80

After previous successful tours, the Shaolin monks return to Slovakia with a brand new show, The Best from Monasteries in China.
When: November 8, 18:00
Where: Sports hall Klokočina, Nitra
Tickets: from Sk100/€3.32

This gospel choir, featuring the best singers and musicians from black churches in Harlem, tours Slovakia within its God Bless The Childern Tour.
When: November 12, 19:00
Where: The House of Arts, Košice

The Grammy awards decorated British soul singer and songwriter will sing hits like Prayer for the Dying, Kiss From a Rose, Don´t Cry, Swoosh, Amazing and Wedding Day in Košice.
When: November 22, 20:00
Where: Steel Aréna, Košice
Tickets: from Sk590/€19.58
Jean Michel Jarre
The French composer, performer and music producer will perform in Slovakia for the first time in his career. Jarre, a pioneer in the electronic, synthpop and New Age genres, as well as the organizer of outdoor spectacles of his music featuring lights, laser displays and fireworks, will stop in Bratislava within his Oxygene Tour.
When: November 28
Where: Sports Hall Pasienky, Trnavská 29,
Bratislava
Tickets: Sk790/€26.22

The new show of the Moscow Circus on Ice is a brilliant, dynamic and colorful display that will appeal both to adults and their children. Kaleidoscopic acrobatic tricks, jugglers, high-wire artists, clowns, animals and comic-actors flying around an ice-rink can't help but please.

The 10th edition of the biggest film festival
in Slovakia again offers the latest films to have received awards at the biggest festivals around the world, as well as the latest Slovak films. The International Competition of First and Second Feature Films will be traditionally the main section of the Bratislava film festival. Other sections include Made in Europe, Off the Mainstream, GMT (films from non-European cinematographies), Zoom: Unknown Cinema, Free Zone: Special Theme, Filmmaker’s Profile, Asylum – short films, and Slovak Films 2008.
When: Nov 28 - Dec 6
Where: Palace Cinemas, Aupark shopping centre, Bratislava
www.iffbratislava.sk

An old band with newer members, ELO is known for combining classical music and rock, and will be in the Slovak cxapital to play its biggest hits. Along with members from the original lineup, such as violinist Mike Kaminsky, bassist Kelly Groucutt and conductor Louisa Clarka, recruits include guitarist Phil Bates, drummer Gordon Townsend and singer and composer Eric Troyer.
When: December 1, 20:00
Where: Steel Arena, Košice
Tickets: from Sk390/€12.94

Disney’s most memorable princesses – Cinderella, Jasmine, Ariel, Sleeping Beauty, Belle, Mulan and Snow White – appear together in a live production for the first time in Disney history. The most poignant moments of their stories spanning more than seven decades are woven together into one magical experience.
When: December 12-14
Where: Steel Arena, Košice
Tickets: from Sk490/€16.26
www.disneyonice.com, www.gess.sk