SEVERAL hundred children from the community of Lomnička and surrounding areas in eastern Slovakia are now recovering after being hit by a hepatitis virus type A (VHA) epidemic in mid-October. 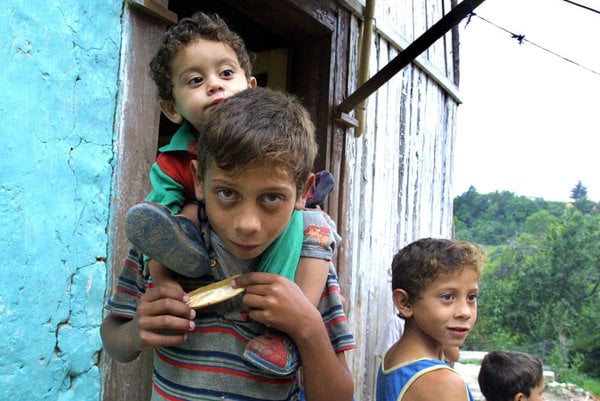 SEVERAL hundred children from the community of Lomnička and surrounding areas in eastern Slovakia are now recovering after being hit by a hepatitis virus type A (VHA) epidemic in mid-October.

Lenka Šramková, a spokesperson for the Office of Public Health Service (ÚZV), told The Slovak Spectator that 240 Roma children in Stará Ľubovňa District, which includes Lomnička, contracted the virus; another 60, mostly Roma, children were infected in neighbouring Bardejov District. Both districts are in the Prešov Region in eastern Slovakia.

Hospital departments handling infectious diseases in the affected area of the Prešov Region lacked sufficient beds and were forced to quickly set up new ones. In Stará Ľubovňa District, a state of emergency was declared. The infected children are now being treated in hospitals in Prešov, Poprad, Humenné, and Košice. But some hospitals are already full, and not accepting any new patients.

The Regional Office of Public Health Service in Stará Ľubovňa has been publishing news about the epidemic on its website. According to this source, the disease first appeared at the end of August, when a nine year-old in Lomnička fell ill.

According to the official account, the epidemic gathered pace from October 7. Since then, up to twenty cases a day have been referred to hospitals in the Prešov and Košice regions, mainly among children under 10. The oldest infected person, according to the report, was the 17 year-old mother of another patient.

Several measures have been taken to halt the spread of the disease. Children from the local school, as well as adults from families with sick children, have been receiving hepatitis A vaccinations since September. Public spaces in Lomnička such as schools and shops, but also private houses, have been disinfected more often than normal. Sites in the nearby town of Podolínec, often visited by Lomnička residents, have also been undergoing disinfection.

“Communities within the district which contain Roma settlements were ordered to prevent Lomnička residents from visiting events they had organised in the district of Stará Ľubovňa,” the report said.

The situation calls for emergency staff

An emergency staff has been formed, led by the head of the district office in Stará Ľubovňa, Dušan Krivoňák. He confirmed to The Slovak Spectator on October 20 that the hepatitis outbreak was on the wane. “We are doing everything we can to stop the epidemic,” Krivoňák said.

He added that in Lomnička, an emergency medical department had been established, which has been treating people from 16:00 to 22:00 each day. “We are taking special hygienic measures,” Krivoňák said.

The mayor of Lomnička, Gustav Oračko, said that on October 19, 70 people were examined for suspected infections. Fortunately, only one case was confirmed. “We are seeing to it that children do not gather together too much,” Oračko added.

The deputy headmistress of the local school and nursery school in Lomnička, Renáta Kolárová, told The Slovak Spectator that the situation had started to improve slowly. “We are not closed. We are taking all the measures that we have been ordered to,” Kolárová said.

According to her, children must wash their hands when entering the school building, and dry them using disposable paper towels. “We are chlorinating everything, washing everything,” Kolárová explained.

“We are putting stress on that, as we also fear hepatitis,” she said. She added that, so far, no teacher had caught the disease.

Šramková explained that the virus passes from infected people to the outside environment via excrement. It can be passed on to another person through contact, such as unwashed hands, but also by contaminated water or food. The disease is sometimes called ‘the dirty-hands disease’.

“The increased risk of infection applies especially to people living in bad hygienic conditions and people meeting infected persons,” Šramková added. According to Šramková, “it is necessary to observe the principles of personal hygiene, especially washing one’s hands.”

It is also crucial to use safe drinking water. The illness initially has the symptoms of flu. The infected person becomes weary and suffers headaches and high temperatures. “Pain can appear under the right costal ridge [rib cage]. Within a few days, most infected people develop yellow sclera [the white of the eye] and skin,” said Šramková.

She added that the disease lasts for between 2 and 5 weeks: “The illness takes a graver course in adults. Mortality is low, increasing slightly with age.”

According to Šramková, the most effective defence against the disease is vaccination. Antibodies are formed 14 days after vaccination. VHA can result in liver problems.

According to the information received by the ÚZV from vaccine distributors who supply pharmacies, there are currently enough vaccines in Slovakia to fight hepatitis A.

The ÚZV does not expect the epidemic to spread to western Slovakia. “In The Slovak Republic, almost 400 cases of disease caused by VHA were reported to the Information System of Contagious Diseases in 2008,” Šramková told The Slovak Spectator, “of these only 20 sporadic cases were in Western Slovakia”.

In the Bratislava Region nine people have been identified with VHA, in the Trnava Region six, in the Trenčín Region four, and in the Nitra Region just one.

Lomnička has a population of 2,100, of whom only one percent is of non-Roma origin, according to the Roma Press Agency.