Footprints in the forest

NOT ALL teenagers, it turns out, spend their leisure time in front of their TVs and computers eating crisps. 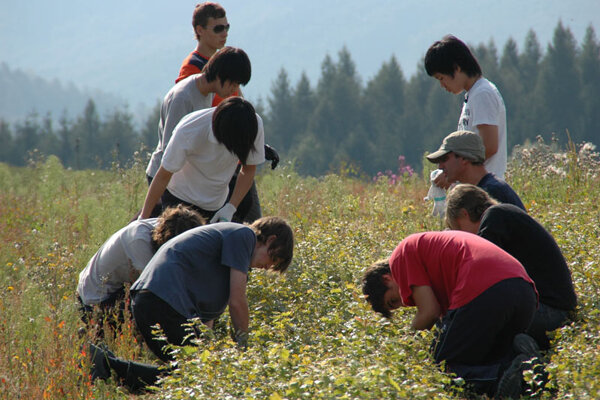 NOT ALL teenagers, it turns out, spend their leisure time in front of their TVs and computers eating crisps.

A group of 16-18 year-olds from the British International School Bratislava (BISB), for example, recently set to work clearing pathways in the Poľana region of central Slovakia.

The students weren’t inspired solely by altruism: they were given time off school for the trip, which was classed as part of their study for the International Baccalaureate Diploma Programme (IBDP), a pre-university course.

Forty students, accompanied by five teachers, set out for Poľana with the aim of improving the local pathways for hikers and Forestry Commission employees. During five days of what one student described as “almost literally back-breaking work” the group managed to clear 5.8 km of paths and walkways.

They also helped out at a tree nursery, and later visited an orphanage in the town of Hriňová where the second-year IBDP students arranged a variety of activities and games for the kids.

Another trip to Poľana is planned for next autumn. Following in the footsteps of this year’s students “will no doubt be difficult because the paths will have become overgrown once more. But such is life.”