Large investments face miscellaneous challenges such as many related or inevitable administrative acts and the obligation to acquire a number of permits, and that is neither out of the ordinary nor surprising. One such challenge which might act as inhibitor to the development and implementation of projects is the obligation of merger notification, which in turn suspends the envisaged transaction until clearance from the Antimonopoly Office of the Slovak Republic (“AMO”). An undoubtedly unpleasant drawback is the fact that clearance must be applied even for transactions which are far from significant in terms of the Slovak economic environment or leaving an imprint on Slovakia at all. 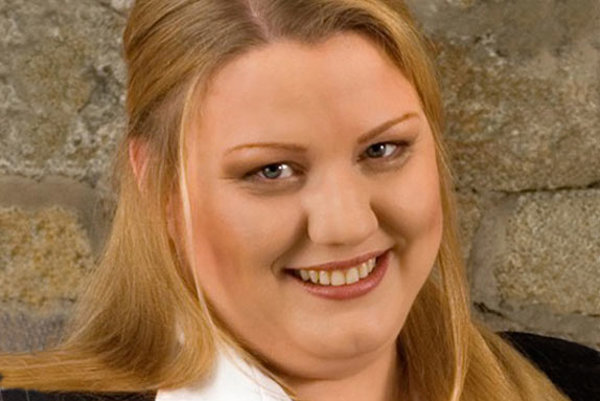 Large investments face miscellaneous challenges such as many related or inevitable administrative acts and the obligation to acquire a number of permits, and that is neither out of the ordinary nor surprising. One such challenge which might act as inhibitor to the development and implementation of projects is the obligation of merger notification, which in turn suspends the envisaged transaction until clearance from the Antimonopoly Office of the Slovak Republic (“AMO”). An undoubtedly unpleasant drawback is the fact that clearance must be applied even for transactions which are far from significant in terms of the Slovak economic environment or leaving an imprint on Slovakia at all.

Such transactions include deals by foreign companies which within their structures are also represented in Slovakia, completely unrelated activities, or transactions by companies without any corporate presence in the Slovak market and which only made a couple of nonrecurring transactions consisting of importing products or services into Slovakia exceeding a certain amount. You may find below the reasons for that and all that needs to be considered in this respect, including a summary of basic definitions and legal framework of merger control in Slovakia.

According to the Slovak competition law, which includes merger control rules, concentration is understood as a process of economic combining of otherwise independent entrepreneurs.

This may take the form of either a merger or an amalgamation as defined by the Commercial Code, or it could be an acquisition of direct or indirect control over another separate entrepreneur. In this context, either merger or amalgamation can be realized by two or more entrepreneurs at the same time. Likewise, control can be obtained by one or more entrepreneurs over another entrepreneur or its part when a part of an entrepreneur is understood as an organizational unit or a set of assets which may generate turnover. Control is defined as the ability to exercise a controlling influence over the activities of an entrepreneur through ownership or other rights allowing the exercise of a controlling influence on the composition, voting or decisions of the entrepreneur’s bodies.

On the other hand, the law also defines transactions that are not considered concentrations despite fulfilling the general definition. This is a case when banks or other financial institutions are involved in temporary acquisition of control for the purpose of resale within a one year's time limit or if temporary acquisition of control emerges from a special law. In addition, as is obvious from the wording of the definition, concentration

is not a transaction between members of the same economic entity or entrepreneurs already in any way economically interconnected, since this cannot be considered “the process of economic combining,” even when a transaction legally defined as merger or amalgamation has been effected.
Further, under the Slovak Competition Act, the notification and clearance obligation does not apply to each concentration. Decisive to whether a transaction defined as concentration subject to AMO clearance is whether notification thresholds have been reached. According to the Slovak Competition Act, there are two possible tests to establish whether notification is required. Firstly, where the worldwide aggregate turnover of the parties to the concentration is at least SKK 1.2 billion (39,832,702.65 EUR) and at least two of them reported each at least SKK 360 million (11,949,810.80 EUR) in Slovakia. The second test requires that at least one of the parties to the concentration attained a turnover of at least SKK 500 million (165,969,594.37 EUR) in Slovakia and at least one other party attained a worldwide aggregate turnover of at least SKK 1.2 billion.

Where any of the threshold criteria is fulfilled, the AMO must be notified of the transaction within 30 days of its effect. The Competition Act also specifies the moment of transaction effect. The relevant turnover is defined as a total of revenues, yields or income from sale of goods and/or services and financial assistance received.

It is obvious that the said criteria are generally quite low and thus more transactions are required to be notified than could be necessary from economic perspective. While the first criterion does not raise any specific concerns, the second we do not consider appropriately balanced. Indeed, if an entrepreneur, active also in Slovakia through any economically interconnected company, has the relevant turnover exceeding SKK 500 million in Slovakia, any acquisition of the said entrepreneur anywhere in the world of the company with worldwide aggregate turnover exceeding SKK 1.2 billion must be notified to AMO and is subject to clearance before implementation. Moreover, the same situation occurs without having any interconnected company in Slovakia but imports to Slovakia exceeded SKK 500 million within the respective period, since revenues from sale of goods or services in Slovakia are part of the relevant turnover taken into account when thresholds are calculated.

Although there is little chance that the AMO would conduct a search of such worldwide transactions, the Slovak competition law has been broken and all potential negative consequences should not be borne in mind. In such instances of breach, the Slovak Competition Act levies a penalty of up to 10% of the relevant turnover and there is no time limit for not notified transaction to be validated without the AMO clearance. Especially this may cause unpredictable complications for any further transactions in future once notified.

According to publicly available information, the second test type represents more than a third of all validly cleared concentrations in Slovakia. However, we do believe that these are only transactions where at least one party was aware of this obligation, e.g. due to network capacities of its legal advisor, notification obligations within all jurisdictions covered by its network are automatically double checked. In fact the number of transactions that should have been notified but never were may be significantly higher.

Another important dimension of concentration clearance procedure is its time consuming character. Regardless of transactions involving serious compliance doubts, it should be noted that even the least problematic concentrations, such as the type mentioned above involving only a minor impact on Slovakia if any, usually take at least 6 weeks to be cleared by the AMO. In fact, it is often advised to factor in at least 2 months to obtain a clearance decision.

In this respect it is also worth noting that during clearance procedure, concentration is subject to mandatory suspension. It is defined as a prohibition to exercise any rights and/or obligations that result from the concentration, before the clearance decision becomes legally binding unless an exemption has been granted by the AMO; however, this may only happen when serious reasons were presented and only in case of particular operations or partial transactions.

In conclusion, this is not to be taken as an assertion that all of the above mentioned second-test type transactions should be completely out of interest of the AMO or that there is no potential impact on the level of competition in Slovakia regardless of circumstances. In fact, for the vast majority of these clearances, there is hardly any reason to scrutinise them. Therefore, the obligation to notify such transactions in Slovakia is currently only the result of an inappropriate method of threshold definition.

We believe that this issue should not be disregarded by the AMO any longer and a prospective amendment of Competition Act shall correct it. However, until then, this legal requirement should not be overlooked by the entrepreneurs involved in such transactions.

Judr. Naďa Spustová is an Associate with Advokátska kancelária
JUDr. Jaroslav Ružička in association with CMS Cameron McKenna v.o.s.
CMS Reich-Rohrwig Hainz Rechtsanwälte GmbH.
This article is of an informative nature only.
For more info go to www.ccsconsulting.sk.