There is a Slovak proverb which says: “When catching a bird, they sing it a sweet song”. Another Slovak proverb says: “Those who want to beat a dog will certainly find a club“. For investors who find themselves in a situation similar to that described by these proverbs, the bilateral investment treaties (“BITs”) very often provide the last available legal option. A BIT is an agreement establishing the terms and conditions for private investment by nationals and companies of one state in the state of the other. 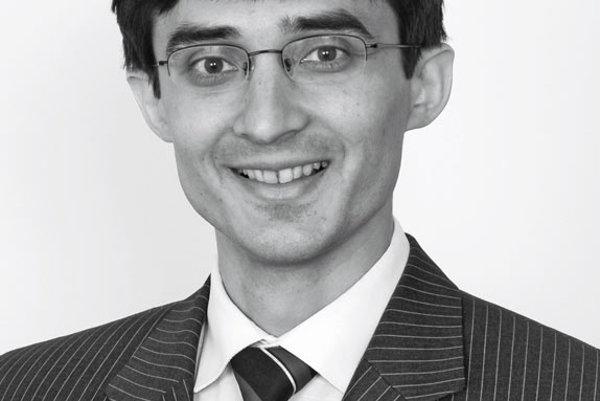 There is a Slovak proverb which says: “When catching a bird, they sing it a sweet song”. Another Slovak proverb says: “Those who want to beat a dog will certainly find a club“. For investors who find themselves in a situation similar to that described by these proverbs, the bilateral investment treaties (“BITs”) very often provide the last available legal option. A BIT is an agreement establishing the terms and conditions for private investment by nationals and companies of one state in the state of the other.

Most BITs grant investments made by an investor of one contracting state in the territory of the other a number of guarantees, which typically include fair and equitable treatment, protection from expropriation, free transfer of means and full protection and security. An important feature of many BITs is that they allow for an alternative dispute resolution mechanism, whereby an investor who alleges that its rights under the BIT have been violated may have recourse to international arbitration often under the auspices of an international arbitral body like ICSID (International Center for the Resolution of Investment Disputes), rather than suing the host state in its own courts. As of 1 September 2008 there were approximately 40 BITs binding upon the Slovak Republic. The most significant features of the BITs are explained below.

Broad definition of “investments” and “investors”

The term “investment” is usually defined in a rather broad way, as including every kind of asset: traditional tangible assets, shares in companies, copyrights and industrial property rights, claims for money, and performance, concessions, etc. Arbitral tribunals are usually reluctant to consider pre-investment expenditures as a protected investment, unless there is already a final agreement of the Government to accept such investment.

The standard guarantees under most BITs provide for (i) fair and equitable treatment, (ii) full protection and security, (iii) protection from expropriation, (iv) free transfer of means, (v) non-discrimination, national and most-favoured nation treatment. In practice, the ‘fair and equitable treatment’ clause is one of the most frequently used. Consider, for example, the situation where the investor buys land relying on statements, provided by prominent representatives of the Government, that the investment is of major importance for the state, and then a local authority subsequently denies the planning permit for such land. In the case of ČSOB v. Slovak Republic the main line of the Slovak Republic's argument was that the Slovak Republic's obligation to cover losses contained in certain agreements was not definite in a number of respects, not understandable and uncertain, and was thus null and void. The arbitral tribunal adopted the view that this position was contradicted by the position taken by the Slovak Republic's representatives over an extended period of time before the dispute arose, and as such breaches the ‘fair and equitable treatment’ obligation. The Slovak Republic was ordered to pay ČSOB compensation of over 24 billion Slovak Crowns.

Protection from expropriation guarantees investors the recovery of the full market value of their investments in the case of any direct or indirect expropriation. By way of comparison, the Slovak Constitution guarantees to investors, in the case of expropriation the right to reasonable compensation; nevertheless, the Slovak Constitution Court, in one of its rulings, admitted that 'reasonable compensation' does not necessary mean the full market value of the investment. In practice, a number of questions arise as to what extent the regulatory measures adopted by the authorities of the contracting state amount to indirect expropriation. This issue can arise even in circumstances where property is not directly expropriated, such as the situation where the authorities deny the renewal of a licence for the conduct of certain business activities. In the case of CME Czech Republic B.V. v. Czech Republic, the arbitral tribunal ruled that the acts and omissions by the Czech Media Council, due to which ČNTS de facto lost its broadcasting licence, constituted a breach of the obligation to ensure ‘fair and equitable treatment’ and amounted to indirect expropriation of the investment of CME, which was one of the shareholders in ČNTS. The Czech Republic was ordered to pay to CME compensation of over USD 269 million.

If an investor is unable to settle a dispute amicably during the period set out in an applicable BIT (usually six months), he may bring his claim to an arbitral tribunal. Under most BITs this would be an ad hoc arbitral tribunal established under the UNCITRAL arbitral rules, or the International Center for Settlement of Investment Disputes in Washington. The investor is not required to bring any claims before national courts before initiation of the arbitration proceedings. Arbitral awards are final and binding on the investor and the contracting state, as a matter of international law.

Roman Oleksik is an associate with Kinstellar, s.r.o. Law Office.
This article is of an informative nature only. For more information go to www.kinstellar.com.