AS EXPECTED, American singer Al Jarreau stole the show at the 34th Bratislava Jazz Days, which took place over the last weekend in October. It was his first concert in Slovakia in his long career, and the fulfilment of many Slovak jazz lovers’ dreams, including frontman Peter Lipa, the festival’s artistic director. 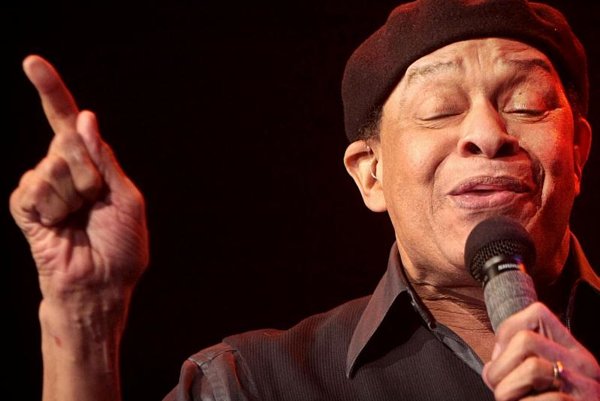 AS EXPECTED, American singer Al Jarreau stole the show at the 34th Bratislava Jazz Days, which took place over the last weekend in October. It was his first concert in Slovakia in his long career, and the fulfilment of many Slovak jazz lovers’ dreams, including frontman Peter Lipa, the festival’s artistic director.

Jarreau performed for more than an hour. He was accompanied by a quintet and a back-up singer with a unique appearance, described by some newspapers as “elflike.” The 68-year-old Jarreau was lively and interactive, showing that 40 years of music-making has not dimmed his joy for performing.

On October 24, the first night of the festival, the Culture and Leisure Park (PKO) on the Danube embankment was filled with the robust sounds of bass trio Stanley Clarke, Marcus Miller and Victor Wooten, who were promoting their most recent album, Thunder. The concert confirmed their reputation as top musicians.

On the second day, American singer and pianist Karrin Allyson showed why she is the star of the New York jazz scene. For many in attendance, her performance was the peak of the evening, as the concert by British group Swing Out Sister started out tepid.

This sometimes happens at the Bratislava Jazz Days, which features at least four bands every evening.

Lesser known musicians perform with a zest that overshadows with the more-established stars.
On the third day, German acoustic sextet [re:jazz], with singer Inga Lühning, was a very pleasant surprise. The only people not delighted by the group’s jazzy re-mixes were those selling CDs, who had to repeat all evening that the band’s newest album won’t be available for another two weeks.

The festival also attracted a number of Slovak musicians who live abroad. As well as drummer Martin Valihora, who lives in New York, the performers included Ján Fabrický with Overt Act, which featured American violin virtuoso Karen Briggs.

Slovak musicians were the opening acts on all three days.

Radovan Tariška gave a concert that confirmed his place among the top Slovak saxophonists.

Some purists left the festival feeling exasperated and calling for “genuine” jazz, but most enjoyed the variety of styles and performers.

The Bratislava Jazz Days is set to continue, and jazz lovers are already wondering what mixture the organisers will prepare for next year.