Drietoma maple is Tree of 2008

THIS YEAR’S winner of the Tree of the Year poll is a 180-year-old sycamore maple from Drietoma, near Trenčín.The maple, which was selected from among 12 finalists, won with more than 2,700 votes. 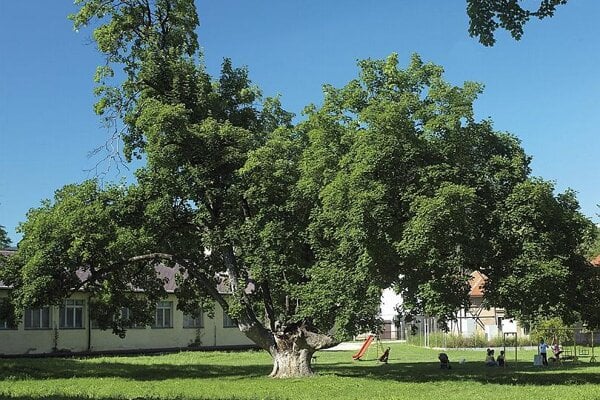 This 22-metre maple was awarded the title of Tree of the Year 2008. (Source: Courtesy of Ekopolis)
Font size:A-|A+

THIS YEAR’S winner of the Tree of the Year poll is a 180-year-old sycamore maple from Drietoma, near Trenčín.The maple, which was selected from among 12 finalists, won with more than 2,700 votes.

A 145-year-old giant sequoia from Dolná Krupá came in second, followed by a 420-year-old small-leaved lime from Budmerice.

“The maple received treatment from an arborist and, if needed, expert treatment from ISA members (International Society of Arboriculture) Slovensko, as well as a financial contribution of Sk10,000 (almost €332) for refurbishing its surroundings,“ Milan Hronec from the Ekopolis foundation, which organises the poll, told the SITA newswire.

The same amount will be used for the same purpose for the trees that placed second and third.

The aim of the poll, now in its sixth year, is to emphasise the important of greenery in everyday life and inspire people to take an interest in protecting the environment, Hronec said.

“A similar poll is also held in the Czech Republic,“ Peter Medveď, head of Ekopolis, told SITA. He added that other countries have expressed interest in organising it as well.

Speaking about how the prize money has been put to use in the past, Hronec said: “There have been both trees that needed some treatment and some that did not. In that case, the money was spent on repairing paths, putting up an information board, or building a bench near the tree.”

Hronec noted that the foundation checks the use of the funds and the accounting.

Ekopolis began the poll at the Pohoda summer music festival and continued until early October. The 12 finalists were profiled on the foundation’s website, www.ekopolis.sk.

"The interest that the poll creates, proven by the increasing number of trees in competition and the number of votes, encourages us to continue,” Hronec told SITA.