THOUGH the gatherings in Bratislava couldn’t match the scenes at Grant Park in Chicago, where Barack Obama greeted news of his victory in the US presidential elections late on November 4, the Slovak capital still found ways to mark the American result and ponder the changes that the new administration might bring for this region and the world. 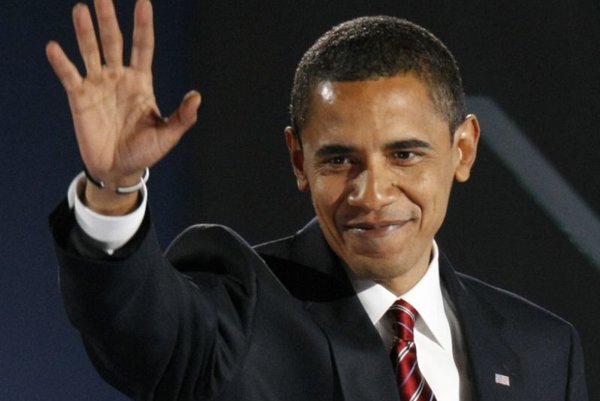 THOUGH the gatherings in Bratislava couldn’t match the scenes at Grant Park in Chicago, where Barack Obama greeted news of his victory in the US presidential elections late on November 4, the Slovak capital still found ways to mark the American result and ponder the changes that the new administration might bring for this region and the world.

Obama, a Democratic first-term US senator, decisively defeated Republican Senator John McCain in what was an historic presidential election. He will become the first African-American president of the United States of America.

“We believe that the president-elect will support solutions to global challenges such as the financial crisis, terrorism, energy safety, global warming, famine and world poverty through international partnership,” said the Slovak Foreign Affairs Ministry in an official release.

The ministry also said that Slovakia is ready for such cooperation.

“We have excellent relationships and I cannot foresee any changes that would be negative for Slovakia,” US Ambassador to Slovakia Vincent Obsitnik told the business community, diplomats, media and politicians who assembled on the morning of November 5 for a US Elections 2008 event.

According to Obsitnik, the visa waiver programme that Slovakia and the United States recently signed shows that the countries are agreed on how to proceed in the fight against terrorism and how they will share information on criminals.

There should be continuity in economic ties, and the fact that US companies have invested $4 billion in Slovakia suggests they are unlikely to leave, Obsitnik told the discussion panel, which was part of a series of election events organised by the US Embassy in Slovakia and the American Chamber of Commerce in Bratislava (AmCham).

A former Slovak ambassador to the USA, Rastislav Káčer said that the United States’ role in the history of Slovakia over the past 150 years has always been positive and he does not expect this trend to change.

As for the significance of the US elections for the world and the Americans themselves, Obsitnik pointed out that electing Obama as president proves that race no longer stands in the way of being elected to America’s highest office.

Another former Slovak ambassador to the US, Martin Bútora, said that the issue of race makes the presidential elections a transforming experience that should evoke pride in both Democrats and Republicans.

Bútora congratulated the United States on having “two such strong characters running for president”.

Ambassador Obsitnik and former ambassadors Káčer and Bútora spoke as part of a panel which also featured AmCham President Robert Šimončič and local businessman Eric Assimakopoulos, the chairman of the board of Bratislava’s Carlton Hotel.

Speaking about his future career as ambassador to Slovakia, Obsitnik explained that all American ambassadors have, by law, to submit their resignation; it is then up to the new president’s administration to decide on their replacement or reappointment to the job.

“No matter how things work out, it has been a great honor to be here as the US ambassador,” Obsitnik said.

What comes next for the Republicans? Obsitnik said that party’s members will have to analyse what happened during the elections.