When reporting becomes a responsibility

THE NUMBER of companies that publish corporate responsibility reports in addition to annual reports is increasing. Almost 5,000 companies worldwide have issued more than 18,000 such reports, according to CorporateRegister.com, a global directory of corporate social responsibility resources. The reports are intended for all shareholders, investors, employees, customers, non-governmental organisations and governmental institutions. 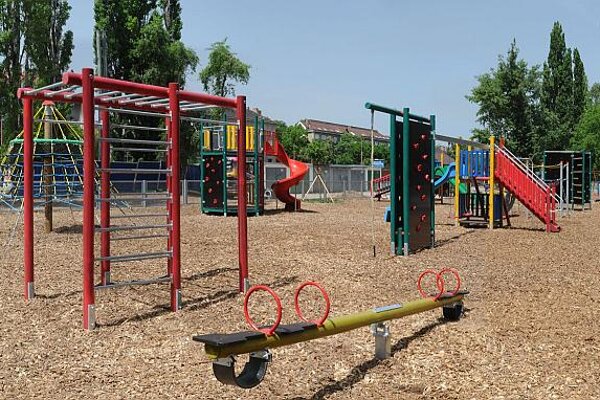 THE NUMBER of companies that publish corporate responsibility reports in addition to annual reports is increasing. Almost 5,000 companies worldwide have issued more than 18,000 such reports, according to CorporateRegister.com, a global directory of corporate social responsibility resources. The reports are intended for all shareholders, investors, employees, customers, non-governmental organisations and governmental institutions.

The companies use them to disclose their non-financial performance and address issues such as the impact their enterprise is having on the environment, public health and safety. Corporate responsibility reports are obviously becoming a trend and should be driven by an effort to inform the shareholders in a transparent and thorough way.

The first such reports appeared in the 1990s. They were issued by two types of companies: those subject to public scrutiny out of concern for the environment, such as oil companies; and companies with leaders who stretched activities beyond the limits of regular business. The Ben and Jerry’s ice cream company published its first corporate responsibility report in 1989. Its founders, Ben Cohen and Jerry Greenfield, are ex-hippies who donate 7.5 percent of the company’s annual pre-tax profits to community-oriented projects.

In 1995, one of the first company’s to issue such a report was the Body Shop, whose founder, Anita Roddick, was known as the "green queen" for her love of nature and humanitarian activities.

The main motivation behind submitting a corporate responsibility report is that a well-written report helps the firm retain its licence to operate, improves its image and attracts long-term capital that is focused on development rather than short-term profit.

By describing its activities related to the environment or social sphere, the firms can track their own flaws and become more effective in managing risks. When there is a lack of qualified workers on the market, such information improves the competitive position among potential employees and attracts those whose moral values are in line with the firm’s values. The reporting also helps innovation and supports the transparency of the market environment.

The Financial Times found that as many as 87 percent of non-financial reports by the top 500 firms concern topics related to the environment, especially climate change. Companies are publishing information about their volume of direct and indirect greenhouse gas emissions, and about their initiatives to reduce them.

Other global issues the public is interested in include lack of water, waste, poverty, and congestion.

But the reports are not limited to this sphere. They also include information about employment policy – benefits, the work-life balance, companies’ approach to human rights at home and in the world.

Parts of these reports also pertain to community investment and strategic philanthropy.

The report is expected to be balanced, reporting on both positive developments and negative trends, such as gender discrimination in hiring for managerial positions, or the annual volume of office paper

This candidness adds importance and gravity to the report and helps to define the future goals.

Most of the companies issuing such reports adhere to international standards. According to a recent poll conducted by KPMG on a sample of more than 2,000 respondents, 65 percent of firms worldwide consider the Global Reporting Initiative the best standard of how to write reports about responsible enterprise.

The directives address all fields of the concept of responsible enterprise – the economic, environmental and social. An international group of experts from universities, governments, and the NGO sector created the directives. In Slovakia, these directives have been used by only one of the companies that has issued such a report.

A poll by the Global Reporting Initiative showed that more than 25 percent of people who read corporate responsibility reports use the data as the basis for making decisions. Older studies suggested that the reports were read mainly by competitors, investors and consultancy firms.
Nowadays, the intention to purchase products or services places first on the list of decisions made based on these reports, and the purpose to invest in the company places second. The desire for a partnership and starting a cooperation with the company came in third and fourth, respectively. The intention to work for the company ended up in fifth place.

So the increase in the number of conscious consumers is evident. According to the poll, those who read the reports carefully consider the description of the company’s dialogue with stakeholders, proof of an inter-connection between responsible activities and business strategy and compare goals and results. They also appraise the balance between positive and negative information.

So far, such reporting is voluntary. The first precedent is a decision last year by the Swedish government that all 55 state-owned companies must publish this type of report according to GRI directives. It is an important step within the European Union that can motivate other countries to make similar decisions.

Corporate responsibility reports have not had a long tradition in Slovakia. Like the responsible enterprise itself, also the reporting about it was first based mainly on information about philanthropy. The first firms to submit such reports were Slovnaft and U.S. Steel in 2001, which were naturally oriented mainly on the effect the company’s activities were having on the environment. Orange Slovensko joined in 2003, Slovak Telekom in 2005, Provident Financial in 2006 and VÚB banka in 2007, which was the first company to prepare the report in line with GRI directives. Several companies report data to their mother company, but they do not issue a separate report for Slovakia.

The column is prepared by the Pontis Foundation.