HEAVILY indebted hospitals dominate the history of Slovakia’s health care sector. In an attempt to break the trend, Health Minister Richard Raši has now presented a wide-ranging bailout plan for the hospitals. The plan offers three alternatives: a repayable financial injection; the creation of a bailout agency to manage the debt; or assistance from the state budget. 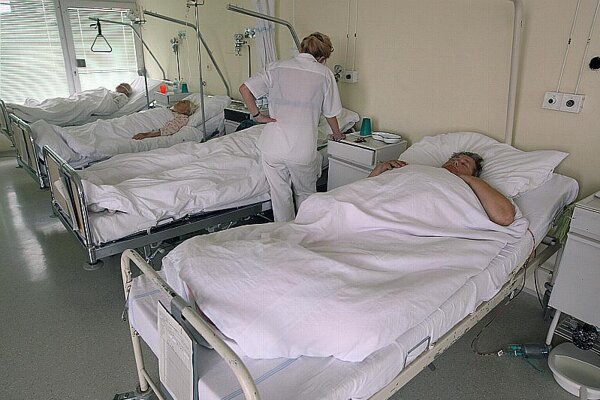 HEAVILY indebted hospitals dominate the history of Slovakia’s health care sector. In an attempt to break the trend, Health Minister Richard Raši has now presented a wide-ranging bailout plan for the hospitals. The plan offers three alternatives: a repayable financial injection; the creation of a bailout agency to manage the debt; or assistance from the state budget.

The minister is confident that if successfully implemented the scheme will prevent hospitals from falling any further into debt. However, health care analysts are warning that the ministry’s bailout plan lacks the necessary financial backing and that in principle it rewards ineffectively managed hospitals.

The ministry is nevertheless pressing ahead with the plan, which has already undergone an inter-departmental review.

“It is a concept for solving the internal and external indebtedness of the health care utilities in the medium term,” Silvia Horváthová from the Health Ministry's press department, told The Slovak Spectator.

The debt-settlement plan, according to the ministry, is based on two pillars, the first being a one-off settlement of hospitals’ debts and obligations, and the second being to introduce tools that should prevent them from getting further into debt.

Raši said that the goal is not only to lift the burden of heavy debts from hospitals but to press these institutions to introduce better financial management.

The total debts of the health care sector reached Sk8.074 billion (€268 million) by the end of last year. The liabilities of health care facilities under the jurisdiction of the Health Ministry made up the biggest portion of the total debt. These amounted to Sk5.842 billion (€193.9 million) as of December 31, 2007. Hospitals owed most to drug suppliers, the SITA newswire wrote.

The ministry says it has a set of criteria according to which hospitals’ eligibility for a bailout will be judged.

“The basic condition for a one-off settlement of debts is the submission of so-called individual action schemes, which would be in the form of a business plan, before the state subsidy is provided,” Horváthová said. “Such a business plan must provide evidence that the health institution will avoid generating any further debt in the subsequent 12 months.”

Hospitals will also have to prove that they would be able within two years to start paying back the assistance provided over the proceeding 15 years, she said. The hospital would also have to cover the year-on-year growth of expenses such as wages, repairs and maintenance, investment needs, etc.
According to the ministry, the bailout plan will be a long-term process: it already has a framework covering “centralisation of services, rationalisation of health care providers and tools to increase the quality and effectiveness of health care provision,” SITA reported.