Film festival returns with the latest in cinema

WHEN the Lumiere brothers, who were among the earliest filmmakers, screened L’Arrivée d’un Train en Gare de la Ciotat (The Arrival of a Train at La Ciotat) for the first time in 1896, some members of the audience panicked, and ran out of the cinema. 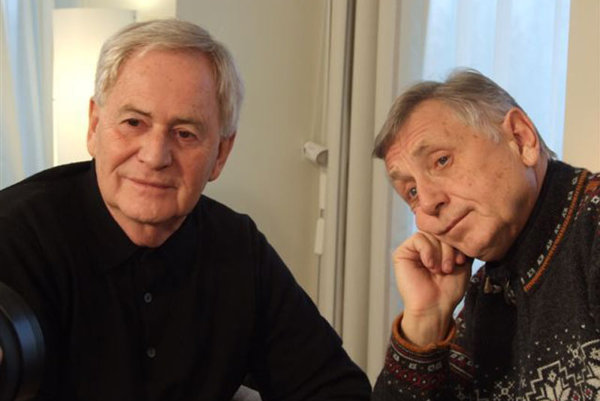 WHEN the Lumiere brothers, who were among the earliest filmmakers, screened L’Arrivée d’un Train en Gare de la Ciotat (The Arrival of a Train at La Ciotat) for the first time in 1896, some members of the audience panicked, and ran out of the cinema.

But these days it’s very much the opposite at the annual Bratislava International Film Festival (IFF Bratislava), where even the seats reserved for interpreters are filled by spectators hungry for the latest in world and domestic cinema.

This year is the festival’s 10th anniversary. As usual, it will take place at the Palace Cinemas in the Aupark shopping centre, and, according to organisers, includes a diverse accompanying programme.

From November 28 to December 5, more than 220 movies from 36 countries will be screened in nine sections. All the films will be translated into Slovak and English.

The International Competition of the First and Second Films features 14 movies that were successful at various renowned festivals.

These include Mid-August Lunch (Pranzo di ferragosto), a debut by 59-year-old Gianni Di Gregorio, which caused a sensation at this year’s Venice Film Festival; and Gasolina by Guatemalan director Julio Hernández Cordón, which was awarded the Best South-American Debut of the Year at the festival in San Sebastian.

There’s a variety of styles in the Made in Europe, Off the Mainstream and GMT (non-European films) sections. The Focus section again presents works that combine music and film. Some of the other sections are Asylum, which is made up of short films; VideoArt; and Special Events, which screens profiles of celebrities or important figures, such as one created about famed photographer Annie Leibovitz by her sister, Barbara.

Local directors will see their works screened in the 2008 Slovak Films section. This includes Juraj Lehotský’s Blind Loves (Slepé lásky), which charmed audiences at Cannes and is in the running to become Slovakia’s official submission for Best Foreign Film at the Oscars; the premiere of Big Respect (Veľký rešpekt), an ultra low-budget long-footage film by Viktor Csudai; and Optimist (Optimista), a documentary by Dušan Trančík about Ľudovít Winter, the founder of the famous spa in Piešťany.

Still, it’s disappointing that the Slovak section will be a little less extensive than expected, the festival’s programme director, Peter Nágel, said at a press conference.

“At the beginning of this year, some 14 Slovak premieres were supposed to take place, but many of them were postponed,” he stated. “But there will be one particularly interesting movie screened that to a certain degree compensates for the lack of Slovak movies at this year’s festival.”

The movie is Women at the Wheel (Ženy za volantom) by Sahraa Karimi, Nágel said.

“This young director of Afghan origin was given political asylum and has lived in Slovakia for seven years,” he continued. “Her movie portrays the everyday lives of Afghan women struggling for freedom, which is even more realistic given Sahraa’s own background. We are glad she will present it here in Bratislava.”

Many foreign guests will also arrive to screen their films and accept awards. Ursula Meier from Switzerland is introducing her film Home, while Klaus Händl from Austria is showing his film, March. Bosnian director Namik Kabil, Czech director Michaela Pavlátová, Romanian actor Maria Dinulescu and her compatriot, director Adriana Sitarua, will also be among the guests.

One of the top guests is renowned Hungarian director István Szabó – best known for the film trilogy Mefisto, Colonel Redl and Hanussen – who is arriving on November 29 to receive the IFF Bratislava Award for Artistic Excellence in World Cinematography.

The award ceremony will be preceded by a new documentary about Szabó and his friend Jiří Menzel, the legendary Czech director, titled Directors on a String, which is an allusion to a famous movie of Menzel’s.

A sad event, unfortunately, also marked the preparations of the festival. Only a week after he promised to attend the screening of Versailles, in which he plays the leading role, French actor Guillaume Depardieu suddenly passed away. He was 37.

“Guillaume was the elite of a new generation of actors in France, and we are extremely sorry that such a great talent had to leave us,” Nágel remarked.

Probably the greatest change in the festival’s organisation compared with past years is that it will open in two other Slovak cities. The Košice opening take places in Cinemax on November 30, and the opening in Banská Bystrica is scheduled for December 4 in Europa Cinemas.

“This will give many more people the opportunity to see high-quality films,” said Mária Reháková, who conceived of the idea after being named the festival’s new president a few months ago.

The management decided to offer the position to Reháková exactly because it wanted to enrich the festival with novel ideas and projects, Nágel noted while introducing her.

“Yes, maybe, but when I came up with the idea of opening the event in more cities, your response was ‘Oh, my God! Not this!’” she added, laughing. “However, later my colleagues thought about it and understood that it would be a good decision. Fortunately, in both cities, we have found enthusiastic people willing to help us, and so we can now proudly say the festival is not only international, but also national.”

The Bratislava International Film Festival will be held from November 28 to December 5 at the Aupark Shopping Centre’s Palace Cinemas at Einsteinova Street in Bratislava, the Europa Cinemas Theatre at Na Troskách Street in Banská Bystrica and the Cinemax Theatre at Moldavská Street in Košice.