FORMER General Prosecutor Milan Hanzel, who led investigations into crimes allegedly committed by Ivan Lexa, Slovakia’s intelligence chief under former prime minister Vladimír Mečiar, was killed in an accident on November 22. He was 61. 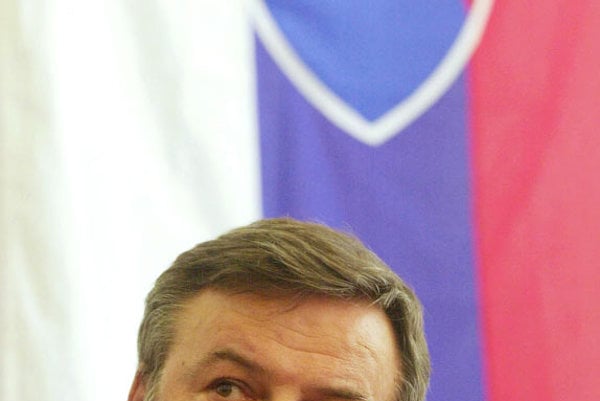 FORMER General Prosecutor Milan Hanzel, who led investigations into crimes allegedly committed by Ivan Lexa, Slovakia’s intelligence chief under former prime minister Vladimír Mečiar, was killed in an accident on November 22. He was 61.

Hanzel was critically wounded in a forest in Bodíky, near Dunajská Streda, when a tree fell on him during a windstorm, according to media reports. People whom Hanzel was with at the time say he was in the forest to cut firewood.

Ľuboš Homola, a spokesman for the Interior Ministry, told The Slovak Spectator that police are investigating the incident.

A medical helicopter was called to the scene. The rescuers, who initially had trouble reaching Hanzel due to the forest’s rough terrain, managed to resuscitate him long enough to rush him to a hospital in Bratislava’s Kramáre district, where he died an hour later, said Rút Geržová, the hospital’s spokesperson.

The media has published several statements by people surprised that Hanzel went into the forest in such bad weather.

“Even a child knows that when there is strong wind, you should not go into a forest, let alone saw a tree,” Ladislav Ciprusz, a resident of Bodíky, told Pravda daily.

What made this all the more puzzling, he added, is that he had recently brought wood to Hanzel’s house in the village.

Hanzel’s neighbour, László Nagy, told the Plus Jeden Deň daily that he was also puzzled by the accident because it is forbidden by law to cut down trees in forests. He couldn’t understand why Hanzel didn’t just collect wood that had already fallen.

“There is so much wood on the ground, they could have used it for heating until spring,” Nagy said.

Hanzel served as Justice Minister in the Jozef Moravčík government, which lasted from March 16 to December 13, 1994.

He was a member of the Party of the Democratic Left (SDĽ) when he was nominated to the post of Prosecutor General in 1999. After Dobroslav Trnka took over in 2004, Hanzel remained at the office as a prosecutor.

The most high-profile cases Hanzel investigated while General Prosecutor involved Ivan Lexa, who was accused of involvement in several crimes during the Mečiar government.

All of the charges he brought against Lexa were eventually dropped, most of them after Slovak courts ruled Lexa was covered under amnesties Mečiar issued while acting as president in 1998.

Jaroslav Ivor, who led the Investigation Section at the Police Department from 1998 to 2001, praised Hanzel’s performance as general prosecutor.

“We discussed the methods, tactics and the legal sides of the cases,” he told The Slovak Spectator. “He assigned a special team that helped us solve cases. He always responded very sensitively to the issues at hand.”

Hanzel was born in Košice on April 21, 1947. His wife, Ida, heads the Supreme Court Council, which banned the ultra-right Slovak Solidarity party in 2006.

The following is a brief summary of some the cases brought against Ivan Lexa while Hanzel served as General Prosecutor:

On November 27, 2000, the Bratislava Regional Prosecutor brought charges against Lexa, who was an MP at the time, accusing him of ordering and planning the abduction of Michal Kováč Jr, the former president's son.

The case was eventually dismissed due to amnesties issued in 1998 by Acting President Vladimír Mečiar.

On August 22, 2002, the General Prosecutor’s Office appealed the dismissal, but the Supreme Court upheld the decision on December 20, 2002, citing Constitutional Court rulings that upheld the validity of the amnesties.

On December 5, 2002, police accused Lexa of having ordered the murder of Robert Remiáš, who was a go-between to Oskar Fegyveres, a key witness to the Kováč abduction. Remiáš was killed in April 1996 when his car exploded in Bratislava’s Karlova Ves district. The Special Prosecutor’s Office halted the investigation in September 2006.

Fegyveres, an intelligence agent, testified shortly after the kidnapping that he was ordered to take part in Kováč’s abduction. He has since fled abroad, where he remains.

Banská Bystrica Bishop Rudolf Baláž, who criticised Vladimír Mečiar, was the victim of an alleged smear campaign in 1995. According to the police, intelligence agents tried to discredit Baláž by buying a rare painting, called the Reverence of the Wise Men, from his office for $200,000 and attempting to export it to Switzerland. The plan, police said, was to then have Baláž accused of selling cultural heritage, even though the painting had not been officially designated as such.

According to the ČTK newswire, the District Court in Bratislava found Lexa guilty of involvement in April 2006, but the Bratislava Regional Court overturned the verdict, and acquitted him.

Lexa was accused of destroying a Mercedes that was allegedly used to follow Kováč before abducting him to Austria. According to the ČTK newswire, Lexa was acquitted by the Bratislava Regional Court in December 2005, which found that the “Mečiar amnesty was effective”.

The Prosecutor’s Office sought to re-open the case later, but the Supreme Court failed to act on the motion within the deadline.

Police also accused Lexa of planning to discredit former President Michal Kováč, who was a rival to former Prime Minister Mečiar. Lexa was acquitted by the Bratislava Regional Court in March 2005 due to lack of evidence.

Police accused Lexa of ordering 300 firearms and 74,000 bullets be destroyed, costing the state damages of Sk4 million. The Bratislava Regional Court acquitted Lexa in September 2004. According to the ČTK, the court found that the decision to discard the arms was illegal, but that it had been made by a commission that did not include Lexa.