The joys of the west

EVEN THOUGH the western part of Slovakia does not have any sites on UNESCO’s world heritage list, it offers tourists a long list of cultural and historical monuments, hiking trails, attractive castles and ruins, as well as world-famous spas. 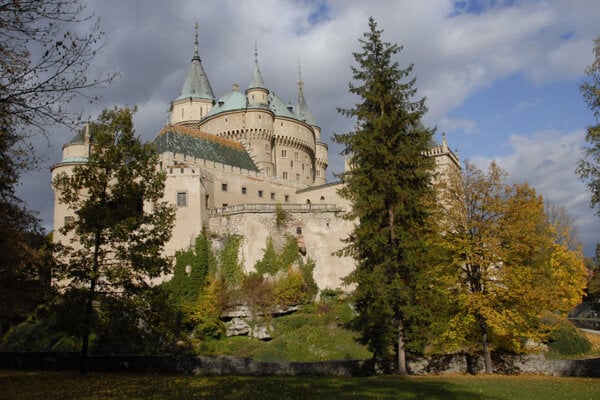 EVEN THOUGH the western part of Slovakia does not have any sites on UNESCO’s world heritage list, it offers tourists a long list of cultural and historical monuments, hiking trails, attractive castles and ruins, as well as world-famous spas.

Bratislava, Slovakia’s biggest city and Europe’s youngest capital, is one of the top tourist destinations in Slovakia. The first written references to the city date from the 10th century but its history goes back much further, to the Paleolithic (early Stone Age). Becoming the capital of Hungary from 1536, after a large part of the Greater Hungarian Empire fell under Ottoman control, it hosted the coronation of Hungarian kings and queens until 1830. This rich history is reflected in the many palaces and other grand buildings in the city’s old town.

Tourists can visit St Martin’s Cathedral, the biggest and finest church in Bratislava, and the exact spot where the coronations used to take place; or they can visit the city during the first weekend in September, when actors each year re-create one of these important moments in Bratislava’s history. The church, dating back to the 13th century, bears the marks of many architectural styles from Romanesque and Gothic to Baroque. Prominent Baroque sculptor Georg Rafael Donner created the adjacent chapel of St John the Merciful (also known as John the Almsgiver, John V of Alexandria, and Johannes Eleemon), which is one of the city’s most highly-regarded monuments from an artistic point of view.

Bratislava Castle, with its characteristic up-turned table shape, dominates the skyline. Most of the site is currently closed as extensive reconstruction takes place. Nevertheless, tourists can visit the surrounding park and terraces and enjoy the magnificent views over the city.

Another significant building currently closed for reconstruction is the Old City Hall, where an exhibition dedicated to the city’s history is normally located. However, tourists can now visit the recently reconstructed Apponyi palace next door, which hosts an exhibition of wine production in the region and historical interiors.

Bratislava also acts as a cultural hub, offering music at the Slovak Philharmonic or opera and ballet in the old and new theatre buildings. Lovers of fine art can go to the Slovak National Gallery, the Bratislava City Gallery and a number of private galleries. Or they can just enjoy wandering through the historical city centre, which though not large compared to, say, Vienna or Prague, is car-free and filled with restaurants and cafés.

Castle-lovers can make for nearby Devín. The ruins of the castle there, above the village atop a huge rock bluff and offering a magnificent view of the confluence of the Danube and Morava rivers, is a popular destination for locals as well as tourists.

Each of the remaining three regional capitals is worth visiting. Trnava is known as the Slovak Rome because of its large number of churches. After Bratislava took on the role of the administrative centre of the Hungarian empire in the 16th century, Trnava became the seat of the Esztergom archbishopric for almost 300 years.

Nitra is proud of its castle, which in fact comprises St Emeram’s Cathedral, the bishop’s palace and other edifices protected by thick ramparts.

Tourists can visit a genuine mediaeval castle in the centre of the city of Trenčín. A Roman inscription dated 179 AD, carved into the castle rock, records the presence of legionary soldiers in this part of the country.

There are more castles to be found hidden in the forests of the Small Carpathians or proudly peaking from the mountain ridges. Most of them served to protect the country from enemies; the ruins of the castles in Čachtice, Dobrá Voda, and Beckov still remain, recalling the era of brave knights as well as the famous Blood Countess of Čachtice, Elizabeth Báthory.

One of the most picturesque castles in Slovakia is in Bojnice. Even though the romantic form of this castle, the most-visited in the country, dates from only the 19th century, it is a popular destination for young and old tourists alike. It puts on regular programmes for children and their parents ranging from a festival of ghosts and fairytales to special Christmas programmes. The local zoo, the oldest in the country and the only one which keeps elephants, is another attraction drawing tourists to this small town.

Western Slovakia is rich in mineral springs now used for treatment in spas. Piešťany and Trenčianske Teplice are probably the best-known. Piešťany, internationally renowned for its healing mud and thermal carbonate-sulphuric springs, focuses on treatment of diseases of the ambulatory system. Trenčianske Teplice, nestled deep in a valley of the Teplička river, is famed for relieving the ailments of people suffering from nervous disorders, rheumatism and diseases of the ambulatory system.

Dudince, Veľký Meder, Bojnice, and Smrdáky, of which the latter is noted for its use of sulphuric water to treat skin disorders, are other spa centres.

But the spas are not just targeted at people suffering from health problems: all the spa facilities offer various wellness programmes for individuals and families.

Out of four wine routes in Slovakia, three are in the west. The Small Carpathian Wine Route which connects towns and villages at the foot of the eponymous hills is Slovakia’s biggest, encompassing over 130 winemakers. Two times a year traditional wine cellars from Bratislava to Trnava are opened to allow people to taste all the local wines. A number of smaller wine-tasting events, at which local gastronomic specialties are on offer, are held throughout the year.

The Nitra Royal Wine Route is the most extensive route, with its four branches reaching into four regions of Slovakia; the smallest is the Záhorie Wine Route centred on Skalica.

The scenic mountains of the Small Carpathians are by no means the highest in the country, with Záruby being the tallest peak at 767 metres, but they are criss-crossed with hundreds of kilometres of hiking trails.

Compared to other Slovak caves, it is smaller, but its interior is charming. The 450-metre-long tour allows visitors to see rich limestone formations, including curtains of stone with tooth-like edges. The most beautiful formations in the cave are thin sheets of rock called ‘elephant’s ears’.

Further north are Manínska Tiesňava and Kostolecká Tiesňava. These narrow gorges, formed long ago by the waters of the Manínsky brook, are a popular destination for fans of hiking. Other popular walking trails run through the Strážovské Vrchy mountains or Tríbeč.

The Dunajská Nížina lowland dominates the southern part of the region, offering opportunities for cycling and boating trips.

Finally, the small village of Brhlovce, near Levice, is a fascinating example of how locals have learned to utilise the natural environment. A number of homes in the village are cut into the surrounding soft tuff rock.