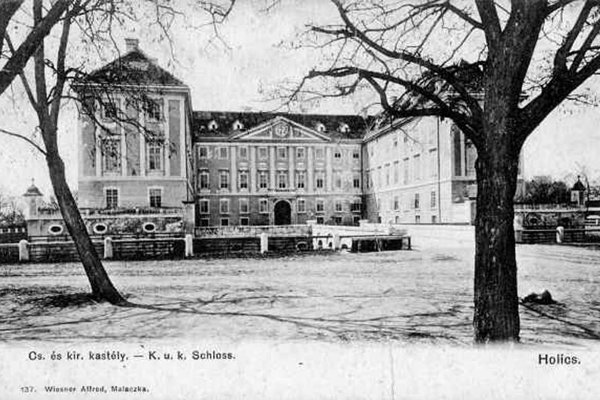 
Located near the borders with Austria and Bohemia, it long served as a summer residence for the Habsburgs.

Renowned foreign architects, such as Jean-Nicholas Jadot and Franz Anton Hillebrandt, contributed to its construction, which began in 1749 and lasted for five years.

Holíč has significantly changed since its beginnings.

It used to be surrounded by moats and marshlands, and a large stone tower protected by rectangular fortifications was once the dominant feature at its centre.

Holíč Castle, now listed a as national cultural heritage site, is depicted in this postcard dating from the period around World War I.