THE VILLAGE of Kysak, in eastern Slovakia, is known for its railway, which played a significant role in World War II. 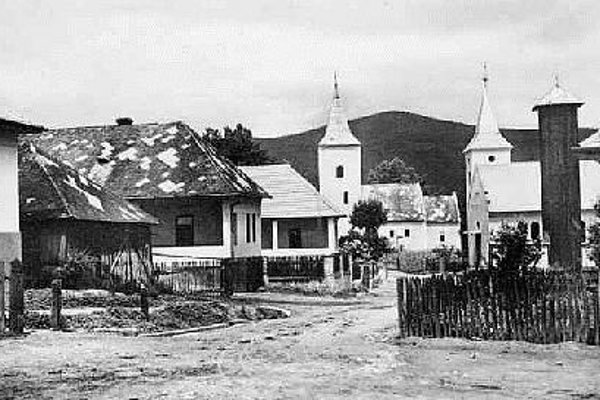 THE VILLAGE of Kysak, in eastern Slovakia, is known for its railway, which played a significant role in World War II.

During the Slovak National Uprising of 1944, the Germans parked an armoured train at the village’s station. The armour was necessary because the area was literally swarming with partisans, who were blowing up bridges and trying other methods of disrupting transport.

On August 31, 1944, partisans broke into the station disguised as railway workers. The Germans responded by punishing the Slovak soldiers who had been guarding it.

But the partisans soon attacked again. The station was invaded the next morning, and was the target of airstrikes for the several following months.

The fighting at Kysak was so fierce that two thirds of the village was damaged by the end of the war.
To commemorate these events, one of the most important express trains in Slovakia was named after Kysak.

The village is depicted in a postcard dating back to the early post-war period.