THE TELECOMS sector is facing a less-than-merry Christmas following the cancellation of a major tender, the firing of the boss of the country’s telecoms regulator and news that the European Commission (EC) is asking some hard questions about the affair. 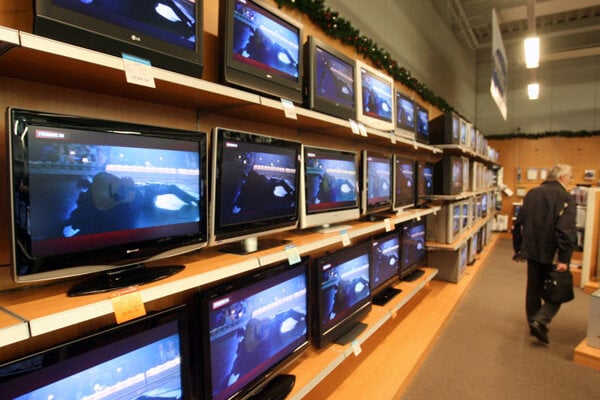 THE TELECOMS sector is facing a less-than-merry Christmas following the cancellation of a major tender, the firing of the boss of the country’s telecoms regulator and news that the European Commission (EC) is asking some hard questions about the affair.

What had appeared to be a straightforward competition to select a new operator for the country’s first Digital Video Broadcasting – Terrestrial (DVB-T) multiplexes is now mired in political controversy, both local and international: Minister of Transport, Posts and Telecommunications Ľubomír Vážny now faces having to explain to European Commissioner for Information Society and Media Viviane Reding what is going on.

In early December, the parliament sacked Branislav Máčaj as chairman of the national telecommunications regulator, the Telecommunications Office (TÚ), for what the government called a failure to ensure a timely transition to digital broadcasting through delays to the tender to select an operator for the first and second Digital Video Broadcasting – Terrestrial (DVB-T) multiplexes in Slovakia. DVB-T is an internationally accepted standard for digital television.

In October, the Bratislava District Court issued a preliminary injunction suspending the tender in response to an action filed by one of the companies who later bid for the operating licence. The plaintiff objected to the terms of the tender drawn up by the TÚ.

But Máčaj stated he had followed the law in setting the terms and that it was not tampering with the tender that cost him his job, but rather his resistance to political interference in it.

On December 9, the Telecommunications Office cancelled the tender and said that a new one would be announced some time in early 2009. The office also said that the tender had been halted due to “fundamental changes to the circumstances under which the tender was originally announced“. The TÚ also said in its official release that it would return the original bid envelopes to the candidates unopened.

According to TÚ spokesman Roman Vavro, the new tender would be announced in such a way that the winner could launch DVB-T broadcasts next year without affecting the planned phase-out of analogue broadcasting.

The TÚ’s former head, Máčaj, was quoted by the SITA newswire as saying that Fico had suggested cancelling the tender as early as September, allegedly because he wanted to prevent another television station becoming established in Slovakia. This, Máčaj said, was part of an effort to minimise criticism of Fico’s government by the existing media. Prime Minister Fico has rejected these allegations. According to Máčaj, the cabinet supported his recall because he failed to comply with a political order regarding the tender.

Vážny insisted that the reason behind Máčaj’s recall is that he did not follow the digitalisation strategy approved by the government and thus endangered Slovakia’s ability to meet the 2012 deadline for digitalising its television system. The TÚ announced the tender on August 20, 2008, setting a deadline for submission of bids on November 20. Four bids were received before the deadline.

Parliament’s decision to sack Máčaj on government advice has set alarm bells ringing in Brussels. “The [European] Commission is seriously concerned about the Slovak government’s decision to dismiss Mr. Máčaj from the post of TÚ chairman,” states an official memo released by the EC.

An urgent letter requesting further information about the sacking was sent by Viviane Reding, the EU commissioner responsible for telecommunications, to the Slovak government on December 5, according to the memo provided to The Slovak Spectator.

Reding said she was concerned about whether the decision to dismiss Máčaj meets the requirements of independence for the national regulatory authorities in all respects, as provided by EU law.

“My concerns relate, in particular, to the fact that the regulator may only be dismissed by specific circumstances as defined by the Electronic Communications Act,” Reding wrote.

Transport Ministry spokesman Marian Jánošík confirmed to SITA that the minister had received the commissioner’s letter, but refused to make any further comment.

“First, we will reply to Ms Reding and then we will adopt a statement on Ms Reding’s letter,” said the spokesman.

At the time of his dismissal, Máčaj suggested that EC criticism might result, along with concerns about the regulator’s independence. Meanwhile the country’s opposition said that both the recall of the head of the TÚ and the cancelled tender would only harm Slovakia’s credibility.

Valtech Communications said that cancellation of the tender may harm Slovakia’s reputation abroad. Its president, Rene Arbic, said that Slovakia risks being viewed abroad as a country that, while interested in foreign investment, changes the rules during the game, according to SITA.

Commenting on the pressure he alleged had been placed on him to change the terms of the tender Máčaj told the Sme daily on December 10: “You know what the most important criterion was? Experience of operating a pilot digital broadcast in Slovakia.” According to Máčaj, this would have narrowed the choice to two firms: Telecom Corporation and Towercom. He told Sme that the proposed tender terms were tailored for Towercom, which would have been selected once a further criterion, requiring a specified volume of turnover, was taken into account.

Jozef Motyčka, deputy chairman of the board of directors of Towercom, confirmed the firm’s interest in the tender as early as mid-October. “One of the greatest challenges will be to secure in the shortest possible time the largest possible coverage of Slovakia’s territory with a digital terrestrial signal,” Motyčka told The Slovak Spectator.

He said that Towercom was equipped to meet this challenge since it has experience with terrestrial analogue broadcasting and the company has been broadcasting a pilot DVB-T service for more than two years.

According to SITA, Máčaj previously claimed that the J&T financial group, which controls the private television station JOJ (and is reported by Sme to be connected to Towercom), is behind the pressure on the government.