Better be criticised than ignored

DUŠAN Rapoš, best known as the director of the Fountain for Suzanne (Fontána pre Zuzanu) trilogy, which has been seen by more people than any other Slovak film since the Velvet Revolution, attended the screening of his most recent film, Cinka Panna (Gypsy Virgin), at the recent Bratislava International Film Festival. 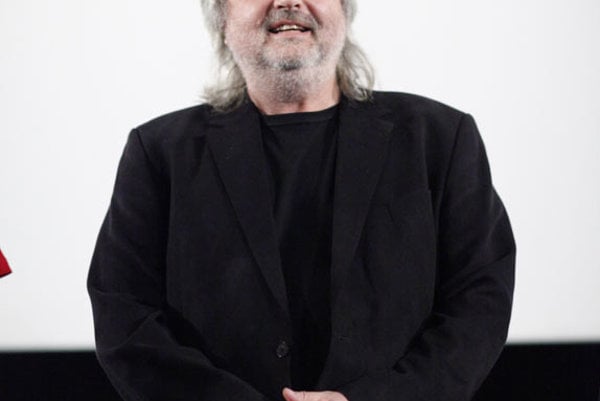 DUŠAN Rapoš, best known as the director of the Fountain for Suzanne (Fontána pre Zuzanu) trilogy, which has been seen by more people than any other Slovak film since the Velvet Revolution, attended the screening of his most recent film, Cinka Panna (Gypsy Virgin), at the recent Bratislava International Film Festival.

The film is based on the life of the first Gypsy concertmistress who lived in Slovakia’s Gemer region in the 18th century. Rapoš describes it as a “story about desire, self-confidence and love of music.”

Since its premiere in October, the movie has proved extremely controversial. In fact, at an award ceremony that ran parallel to the Bratislava International Film Festival, the Kinema.sk website nominated Cinka Panna as the worst Slovak movie of the year.

The Slovak Spectator spoke to Rapoš following the film’s screening at the festival.


The Slovak Spectator (TSS): Music seems to play a central role in your works. All of the films in The Fountain for Suzanne trilogy were musicals, and you composed and wrote the libretto to a ballet (The Children of the Titanic - Deti Titanicu) and an opera-ballet performance (Pietro e Lucia). Is Cinka Panna equally music-oriented?


Dušan Rapoš (DR): Of course it is, and for several reasons. First, it is a story of a young musician who achieved independence through music. And second, it is a movie about Gypsies, and one simply cannot separate the Roma from their music. It is that important an element in every single sphere of their lives.

In Cinka Panna, I cooperated with the noted Roma virtuoso Ján Berky Mrenica and the Hungarian composer Arpád Kákonyi, who helped me to understand the songs and unveil their hidden meanings. As a result, the score in my movie always reflects the feelings of the young heroine. Sometimes it might seem a little subtle, but an attentive viewer would certainly notice.

TSS: You said in an interview that one has to get to know the Roma culture very well before being able to make a good movie about Gypsies. How did you manage to familiarise yourself with the Roma and their culture?


DR: In fact, it is a lifelong story. My first 35mm movie as a university undergraduate was about a blind Roma pianist. Later, I often worked with Berky Mrenica and other Roma musicians on different projects. As we were spending a lot of time together, we started to talk as friends rather than colleagues. People always quickly find out whether your interest in them is only professional rather than personal, and they treat you accordingly. These friends opened their hearts to me, which enabled me to understand their way of thinking. Cinka Panna does not portray dirty, sweating beggars. It shows that there is a lot for Roma to be proud of, so it is a celebration of equality.

TSS: Are you disappointed at the criticism the film has attracted?


DR: Quite the contrary. I have just been told that 20,000 people have seen it so far, which exceeded my expectations. It is true that Cinka Panna has its fans and detractors, but it is still a mark of some positive trend appearing on the Slovak filmmaking scene. I am glad to see that people have started discussing new movies, and also that there finally is something to be discussed. After all, it is still better to be criticised than to be ignored.