JÁN Kubiš resigned as Slovakia’s minister of foreign affairs on December 17 in order to accept a new position as executive secretary of the United Nations Economic Commission for Europe (UNECE), headquartered in Geneva. 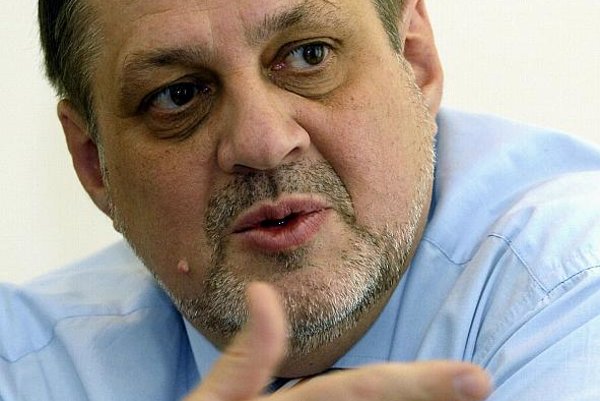 JÁN Kubiš resigned as Slovakia’s minister of foreign affairs on December 17 in order to accept a new position as executive secretary of the United Nations Economic Commission for Europe (UNECE), headquartered in Geneva.

His resignation appeared to confirm the accuracy of repeated hints in the local media that he had been looking for a new role.

The UNECE is one of five regional commissions which cover the world. Its aim is to support economic integration among European countries. According to Kubiš, the executive secretary of the UNECE is therefore a part of the senior leadership of the UN.

Kubiš announced his resignation to journalists on December 17 at the Government Office, alongside Prime Minister Robert Fico.

Fico thanked Kubiš for his work and described him as a positive phenomenon. “You are such a phenomenon in foreign policy and generally, as well as in your participation in our cabinet,” he said.

Fico added he would support a career diplomat and not a party member when it came to replacing Kubiš.

"So, this is a falsely provoked canard that will be dealt with by the media for at least three days,“ Fico added according to the Plus Jeden Deň daily.

Kubiš denied media reports that he had been involved in conflicts with Fico’s government, insisting that he was not leaving the cabinet because of any dispute: “Working in this government was good,” Kubiš told journalists at the Government Office.

“I think we have done a very good job here - I can give examples - and I have found fulfilment in this work,” Kubiš was quoted as saying by the SITA newswire.

Kubiš said he doesn’t see the state of Slovak-Hungarian relations as being dramatic. On the contrary, he stressed that “dogfights” (i.e. vocal disagreements) between Slovakia and Hungary have helped both sides to find a way to prevent problems from developing into what he called “political game-playing”.

Eduard Kukan, Kubiš’ predecessor as foreign minister, has proposed that Slovakia’s ambassador to the European Union, Maroš Šefčovič, be appointed as the new minister of foreign affairs. Šefčovič is, according to Kukan “a true professional”. Kukan told journalists “We sent to Brussels the best we had in diplomacy during our time,” referring to the Slovak Democratic and Christian Union (SDKÚ)-led coalition government in which he served.

Kukan suggested that Kubiš was, in fact, leaving the government because of disputes within it. “The fact that Kubiš has remained at the head of this ministry for two-and-a-half years shows that he has not been very happy in this position, and that the new post in Geneva will bring relief,” Kukan said.

According to foreign policy expert Ivo Samson, of the non-governmental think-tank the Slovak Foreign Policy Association, it was clear from the very beginning of Kubiš’ ministry that major discord arose between the Foreign Affairs Ministry (FAM) and Prime Minister Fico, with the two sometimes holding completely different opinions.

“Specifically, these included the issues of Kosovo, Russian intervention in Georgia, and Ukrainian membership of NATO,” Samson told The Slovak Spectator.

Moreover, they had differing opinions about the creation of US anti-missile defences in the Czech Republic and Poland, according to Samson. “In all these cases, the prime minister quite openly supported the Russian stance, while the FAM was reserved, thus - de facto - not supporting the prime minister.”

Samson said that there had been a certain amount of backstage pressure, aimed at sidelining Kubiš. He welcomed Kukan’s proposal to make Šefčovič foreign minister. He added that Šefčovič had been mentioned as a possible candidate for the job when Fico’s government was first assembled in June 2006.

Their statements aside, Fico had criticised Kubiš openly before the latter’s resignation. On June 3, 2008, after a visit to the FAM, Fico announced, as quoted by SITA: “It seems to me that after having accomplished our principal goals – the European Union; NATO; Schengen; Lisbon – the dynamics of our foreign policy have disappeared, and that’s why we discussed what should be the basic motivation for foreign policy.”

Kubiš is the sixth minister to leave the Fico government. He is the second, after Ivan Valentovič, the former health minister, to leave voluntarily; the other four were recalled on suspicions of cronyism.

- Ján Kubiš was appointed foreign affairs minister on June 4, 2006.
- During his term, Slovakia for the first time (between November 2007 and May 2008) acted as president of the Council of Europe; Kubiš became the head of its executive body.
- In July 2005, the European Union officially appointed Kubiš as its special representative to Central Asia. His mandate included five former Soviet republics: Kazakhstan, Uzbekistan, Kyrgyzstan, Tajikistan, and Turkmenistan.
- Between June 1999 and June 2005, he served as secretary general of the Organization for Security and Co-operation in Europe (OSCE).