We must help each other

IN CASE OF an emergency, stay calm, do not panic, immediately call for help, report clearly what has happened, wait for medical assistance and give first-aid if necessary. Do you remember all these rules? And would you really remember them in case of an emergency? 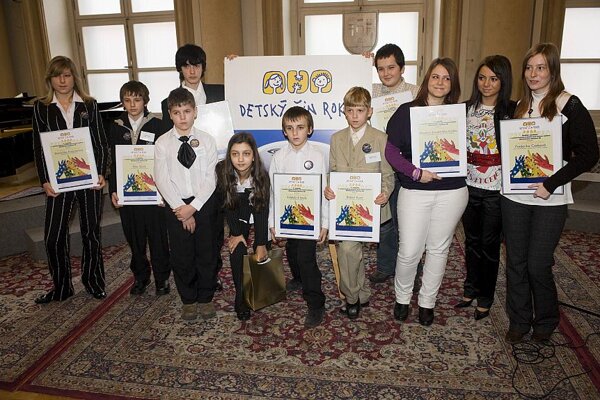 IN CASE OF an emergency, stay calm, do not panic, immediately call for help, report clearly what has happened, wait for medical assistance and give first-aid if necessary. Do you remember all these rules? And would you really remember them in case of an emergency?

In stressful situations, few can keep a cool head. That children sometimes even trump adults in this respect was recently demonstrated once again, thanks to the ninth annual Children’s Noble Deed of the Year competition.

“Every year, children from all around Slovakia are invited to send us a description of their own or others’ noble deeds,” Oľga Valentová from the Poppins Agency, which organises the event, told The Slovak Spectator. “Later, an expert jury chooses 30 finalists, who are then voted for by other children.”

This year, 8,280 children wrote to the organisers, and almost 105,000 took part in the vote.
“Interestingly, the number of noble deeds does not change dramatically from year to year,” Valentová said. “What does increase is the number of voters. In 2005, it was only around 75,000.”
At the latest award ceremony, which was held on December 11, prizes were presented in six categories. Six-year-old Róbert Kunč won the Life-Saving Deed of the Year title.

“Once, when Robert was ill, he stayed at home with his grandma,” wrote his teacher, Mária Zolotová. “Suddenly, she fainted and hit her head. The little boy ran from the flat in his pyjamas, without even putting on his shoes, and asked the shop assistant in the nearest grocery to call an ambulance.”

Ľuboš and Peter Bielikovci, aged 14 and 12, received the Help for the Family award.

“Until 2005, we were a normal happy family, but two days before Christmas, my husband went shopping and never came back; he died in a car accident,” Ľuboš and Peter’s mother, Anna Bieliková, stated in her letter. “Since then, they have been helping me with everything they can. When I am ill or too busy, they take care of their younger sister and brother, tidy up and even cook. They are the best children I could have wished for.”

A class of elementary school pupils from Stakčín were awarded the Help for Friends category, because they are supporting their classmate Viktor, who recently became an orphan. The 14-year-old Dominika Krajmerová won the Help for Other People title, as she reported a robbery and helped to save goods valued at around Sk100,000 (€3,300). The Help for Nature award went to Erik Kadeřábek who saved a little marten, and the Good Idea category was won by a children’s amateur theatre club from Lučenec that organised a benefit performance to help their friend’s sister, who is suffering from leukaemia.

According to Valentová, all children who took part in the competition should be considered winners.
“In fact, it is almost impossible to compare the deeds,” she observed. “Every single one is awesome and admirable.”

As Valentová added, she herself has learned a lot from the “little angels” since she has been co-organising the competition.

“Children are small, but they are very bright,” she remarked. “I sometimes have the impression that a tape recorder is always running in their heads. They remember everything – that one must not move a hurt person, that one can only touch someone being electrocuted with a wooden stick, and so on. They are often more self-possessed than adults.”

And sometimes probably more unselfish as well. When The Slovak Spectator asked Peter Bielik why he helped his mother so much, his answer was simple: “We must help each other.”