Parliament fired the boss of the Telecom Bureau thanks to pressure from wealthy speculator J&T, according to the bureau’s now former head, Branislav Mačaj (above). 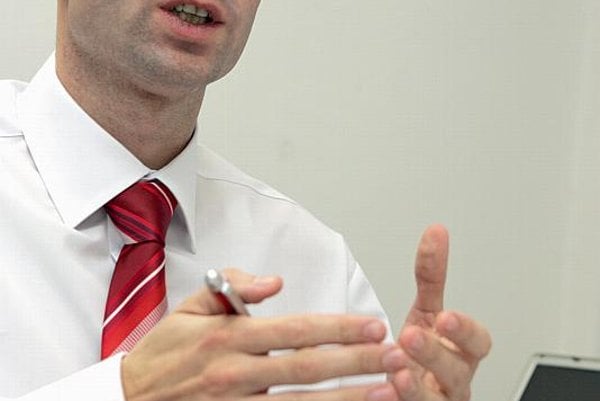 Parliament fired the boss of the Telecom Bureau thanks to pressure from wealthy speculator J&T, according to the bureau’s now former head, Branislav Mačaj (above).

Following weeks of speculation, Transport and Telecom Minister Ľubomír Vážny convinced the cabinet on November 27 to support Mačaj’s recall, and parliament passed the motion a week later. Vážny said the official had made mistakes during the lead-up to a tender to choose the operator of the country’s future digital broadcasting system.

But Mačaj said that he had come under heavy pressure from both government officials and J&T, which owns the JOJ commercial television station, to delay the tender or rewrite the conditions to suit existing broadcasters.

Mačaj told SPEX he had met with J&T partner Martin Fedor “three or four times”, and that the topic of the meetings had been the coming digitalization tender. “Let them try and tell me they have nothing to do with digitalization,” he said when his claim was denied by J&T spokesman Maroš Sýkora. “What were we talking about, what good looking girls they have at JOJ?”

According to Mačaj, the Towercom firm, which declared an interest in taking part in the tender, is under the influence of J&T, a claim which Sýkora again denied. However, last year Towercom bought the TBDS company, which operates the current analog system transmitters, for Sk3.6 billion. The chairman of the board at TBDS was Roman Korbačka, brother of J&T partner Peter, and currently on the supervisory board of J&T Real Estate.

If Towercom does not win the tender to become the operator of the digital system, then the money it put into buying TBDS could be lost.

Pressure also allegedly came from political circles, first from Vážny, who Mačaj claimed urged him to humor J&T. “That’s absolute nonsense,“ the minister said. Mačaj was later invited to the Office of Government for a meeting with office head Igor Federič; the Telecom Office chief alleges he was told that “it was desirable” that J&T won the tender.

Máčaj was even visited by a lobbyist who asked him if he realized how many people had wound up in the trunk of a car for opposing the wishes of controversial media owner Ivan Kmotrík, who has worked on common projects with J&T. “Don’t bother me with such things, I regard this as offensive from your side,“ said Kmotrík when asked by SPEX about the allegations.

Slovakia has voluntarily committed to switch to digital broadcasting by 2012. The digital technology allows more stations to broadcast, and permits broadband Internet to be developed on a widespread scale.

While a boon for consumers, digital technology opens the door to greater competition for existing broadcasters, and thus lower ad revenues. One of the key tender conditions that the existing operators wanted to ensure was that the new system would use the outdated MPEG-2 technology, which unlike the more modern MPEG-4 would not create enough new frequencies to allow new broadcasters to enter the market.

According to Mačaj, government politicians reached an understanding with broadcasters that they would delay the tender or rig the conditions in exchange for more favorable news coverage.

“These are just the angry excuses of an outgoing official,” the Office of Government said in a statement.