The Construction Ministry, which is run by a nominee of the Slovak National Party (SNS), awarded a Sk3.6 billion contract to a firm close to SNS chairman Ján Slota to provide exclusive advertising and translating services until the year 2015. 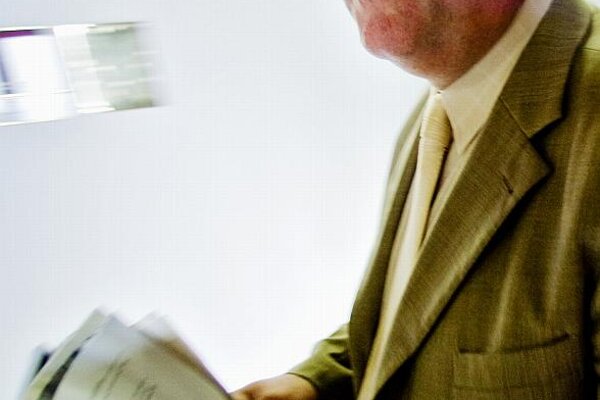 The Construction Ministry, which is run by a nominee of the Slovak National Party (SNS), awarded a Sk3.6 billion contract to a firm close to SNS chairman Ján Slota to provide exclusive advertising and translating services until the year 2015.

The consortium which won the tender includes the firms Avocat and Zamedia. The former provides Slota (pictured above) with legal services, while the latter is owned by Slota’s friend Viktor Tretina.

The winning companies have been tasked with ordering commercial air time for eurofund projects run by the ministry. According to the contract, each 30-second TV spot is worth Sk170,000 to Avocat and Zamedia, even though real advertising rates are much lower.

According to the TNS marketing research agency, the Construction Ministry ordered 430 30-second spots between October 18 and November 30, paying Sk70 million in total for the airtime. According to the published advertising rates of the TV stations that carried the ads, however, they cost only Sk30 million, even at full value. Ad rates are often discounted up to 50% for repeat orders.

The winning consortium thus made over a 100% commission on the ads, whereas media buying agencies normally charge 15%. The ministry did not explain the difference. Rates for translation services were similarly inflated.

The tender was held under murky rules for ‘non-priority’ services like advertising and translating, a loophole from stringent transparency requirements that was introduced to public procurement law by the previous Dzurinda government. Tenders that concern these non-priority services, even if they are worth billions of crowns, do not have to be published in the online tender catalogue; it is enough if they are ‘advertised’ on a ministry bulletin board. Nor do the results have to be made public, while guidelines for oversight of bid-opening procedures and challenges to the results are also more lax.

Non-priority rules have been used several times in the past to award contracts to firms close to Slota, such as the Doxx meal voucher firm, which in March won a Sk2.5 billion contract to supply the Interior Ministry for four years. The ministry scrapped the tender results after it was discovered that the bidders had not been allowed to be present at the opening of the bids.