Italian electricity utility Enel has begun construction on units 3 and 4 of the Mochovce nuclear power plant in central Slovakia. 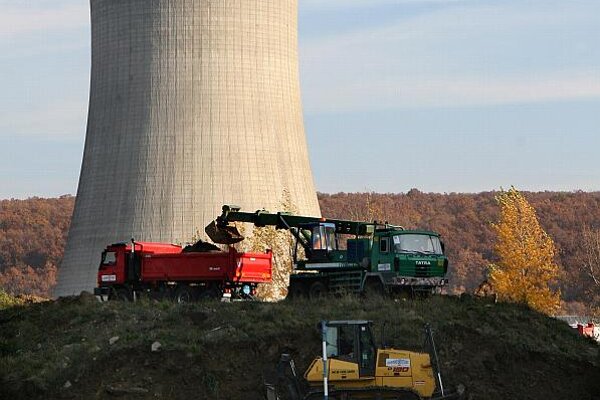 Italian electricity utility Enel has begun construction on units 3 and 4 of the Mochovce nuclear power plant in central Slovakia.

Ground was broken following a decision by the Nuclear Regulatory Authority approving design changes on the two nuclear units.

Construction work began on Mochovce 3 and 4 in 1986 but stalled with the units incomplete in 1992. The plant components and buildings were maintained, however, and plans were drawn up to improve the safety systems of the reactors in order for them to begin operation now Slovakia is a member of the European Union. One factor was a need for the reactor containment walls to measure 1.5 meters in thickness as part of protection against aircraft impact.

The two new reactor units are expected to be phased into the power grid in 2012 and 2013, respectively. When they come on line they will provide 880 MW of new power generating capacity, which will cover 22% of Slovakia's electricity consumption.

The investment in the two units is expected to total €2.77bn and will be financed by Slovenské elektrárne (SE), the main electricity utility, in which Enel bought a 66% stake in 2006. The investor will start an environmental impact assessment procedure, required for the commissioning and operating license, by the end of 2008.