Removing the poison of race

At a luncheon with Slovak NGOs on November 27, Canada’s head of state, Michaelle Jean, wept as she talked about her childhood in Haiti. 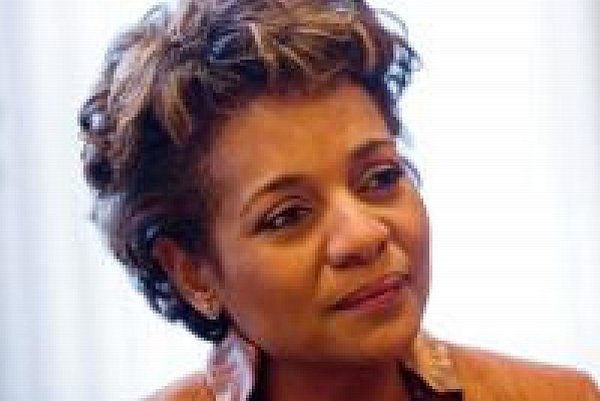 At a luncheon with Slovak NGOs on November 27, Canada’s head of state, Michaelle Jean, wept as she talked about her childhood in Haiti.

“I saw my father taken away and tortured. I saw people disappear, I saw people killed in the name of freedom,” she said, adding that she saw the same desire for freedom and justice in the NGO workers around her.

Her emotion left some in the audience taken aback. “I’m a little at a loss for words,” said former Slovak Ambassador to the US Martin Butora when called upon to address the group.

Even for liberal Canada, Jean was a startling choice as Governor General in 2005. The first black head of state in Canada’s history, Jean was born in Haiti in 1957, the same year the dictator Francois Duvalier (‘Papa Doc’) came to power. “I guess that makes me a fighter,” she said. She and her family fled the Duvalier regime in 1968 and settled in Quebec.

Jean has worked as a journalist and has also helped set up a chain of women’s shelters across Canada. She is only the second Canadian head of state without a political or military background, and many might consider her one of the freest spirits to have held the office (she has ruffled official feathers by expressing opinions on sensitive political issues, such as Quebec’s independence).

SPEX spoke with Jean on her official visit to Slovakia from November 26 to 28.

For the past 20 years, tensions between the Slovak majority and the Hungarian minority have been more or less constant, especially during periods when Slovak nationalists have been in government, like they are now. Are there any lessons that Slovakia can draw from the French/English situation in Canada?
When people speak to me about this (Slovak/Hungarian) reality, of course it resonates. I’m from Quebec myself, and I arrived in the country as a refugee. At times I’ve been labeled as part of a ‘visible minority’, an expression I hate. So when people here talk about the dynamic between the majority and minorities, about finding compromises within that spectrum, about how to deal with diversity, I tell them that one way to reach a solution is to build social cohesion and to build values that are at the core of what our country is about. A sense of belonging, an emphasis on what we have in common rather than always defining ourselves by our differences. What we want to achieve together, how we want to live with one another.

In Slovakia, tensions seem to be generated by politicians, while ordinary Slovaks and Hungarians have no problem living side by side…
That’s was actually my first question for the Slovak president in our talk together. I asked him how ordinary people behaved with one another. Do they marry, are there mixed couples, is there a generation which already has had enough of these barriers and obstructions to dialogue? People who actually want to move forward and engage in real dialogue with the others? His answer was, well… yes.

Here it’s chauvinist politicians who create the trouble. Is it the same in Quebec, or is separatism more of a grass-roots movement there?
It becomes political, but it’s not only political. It’s that you have people who don’t share the same point of view. You have people in Quebec who profoundly believe that Quebec would progress more as an independent entity. Others disagree, even within Quebec, and we’ve had two referendums that have been won by those who believe that the future of Quebec is within Canada. At the moment, many sovereigntists who don’t want to hear anything more about referendums.

Slovaks and Czechs were not allowed to decide in a referendum on the split of Czechoslovakia. Does the fact that Quebecers have had two chances help to legitimize the fact that the province remains in Canada?
I believe so. In Canada we believe that public consultation is important. It’s important to know what people want, and this is one of the principles of our democracy. This year we are celebrating 250 years of parliamentary democracy, and one of our central beliefs is that people must have their say.

As Canada’s first black head of state, you beat Obama to the punch by about four years…
(laughs) I’m not competing with my Obama.

Even though your situations are vastly different – you were appointed by the Queen, he was elected by Americans; racism is much more deeply rooted in US society – does the fact that Canada and the US now both have a black head of state mean that we are finally getting past racism in North America?
It’s probably a good sign. It’s powerful. When I was appointed, reactions came in from all over, saying Canada was sending a powerful signal to the world. It was important for me that my first statement at my first press conference was to say that my ancestors are slaves. Because sometimes we can be very pessimistic, we have this anxiety that is bottled up and keeps coming back on us, saying that history is going nowhere and the world is so grim. There are all kinds of facts that seem to support the terrible visions we can have. But there are other signals that can help us to understand the march of history and how we are progressing. With the American people, the decision to elect a black president… it’s huge, because it comes from a country that has built its prosperity on segregation. On slavery. It’s a profound and powerful decision by Americans to write a new chapter in their history.
I think Mr. Obama came to power because he was able to convince Americans to vote for him with a message of hope. Those simple words – ‘Yes we can’ – are so empowering. I don’t know how we will go from words to actions, but it has empowered so many Americans already to say ‘OK, let’s turn a new page in our history. Let us reinvent our ways of thinking about our country and our nation.’ This is incredible. Canadians and people around the world have watched this and received it as an impetus. It has energized people.

It has been said that Obama’s victory has defused racism in an unexpected way – that it is now no longer possible for black people in the US to use it as an excuse, because if a black man can be president, he can be anything he sets his mind to. In a way, Obama’s election has removed the poison of racism from both whites and blacks.
And it’s so important to remove that poison. I see ‘Yes we can’ in the eyes of so many Canadians. As I travel across Canada and speak to aboriginal children, young people of all races and backgrounds, some of them come to me and say, “Wow, it could be me”. I see them empowered just by my mere presence. It’s very powerful.

Slovakia is probably a long way away from electing a Roma or a Hungarian as president or prime minister. What has to happen in a society before it is capable of doing something like that?
Inclusiveness. Inclusiveness. Recognition of the other. Recognition of the contributions that every citizen can make to the greater good. Ensuring that everyone is given that opportunity to contribute. Dialogue, breaking down misconceptions and prejudices, and building on greater comprehension of the value of each individual. Each individual.