Spies in our midst

Communism ended in Slovakia 19 years ago this fall, but anguish remains over what to do with the regime’s most dedicated servants – agents and collaborators with the State Security service, or ŠtB. Should they be pardoned and allowed to live as normal citizens, or should they be ‘outed’ and reviled, barred from holding public office? 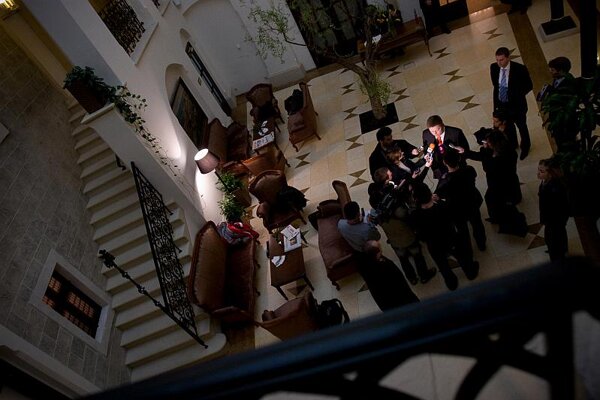 Communism ended in Slovakia 19 years ago this fall, but anguish remains over what to do with the regime’s most dedicated servants – agents and collaborators with the State Security service, or ŠtB. Should they be pardoned and allowed to live as normal citizens, or should they be ‘outed’ and reviled, barred from holding public office?

Prime Minister Robert Fico, himself a former member of the Communist Party before the 1989 Velvet Revolution, seems to be in no doubt, especially where his sworn enemies in the media are concerned.

“The owners of Slovak media are almost exclusively (former) ŠtB agents,” he said earlier this year. “For example, you can find a couple of nice examples in the management of the Plus 7 dní (weekly magazine), who are great moralists.”

And yet, as with all witch hunts, the defrocking of former ŠtB agents carries with it the risk of false accusation. Some people listed in Communist secret service files as ŠtB collaborators never actually informed on anyone, and did not even know the ŠtB was keeping a file on them. Others were recruited against their will, through blackmail or extortion. And some – like Fico’s alleged collaborators within the media – have simply been the target of unfounded accusations.

According to the lists published by the Nation’s Memory Institute, which administers the surviving files of the ŠtB, Fico lied in claiming the Slovak media was mostly owned by former agents. In reality, only two current co-owners of Slovak media and one journalist collaborated with the ŠtB.

Where the top-selling Plus 7 dní is concerned, the weekly’s management includes only people listed as ‘candidates for secret collaboration’ and ‘confidants’; in 1992, the Czechoslovak Constitutional Court ruled that these two categories did not necessarily involve deliberate cooperation with the ŠtB. According to the court, only people listed as agents, residents, informers and owners of premises rented to the ŠtB for secret meetings could be considered as active collaborators.

So how to explain Fico’s claims? Given that he is a lawyer and has been in politics for 16 years, it is unlikely that he is unfamiliar with the basic terms of ŠtB service, or with the wording of the Lustration Law of 1991 that defined which servants of the former Communist regime would be barred from public life.

The PM’s charges must therefore be a deliberate attempt to mislead. Fico’s spokewoman, Silvia Glendová, said the leader would have no comment. The 7 Plus company which publishes the magazine in question has already said it will sue Fico for his statements.

While Fico’s claims were wide of the mark, we did find former agents among the 300 people who own or hold influential posts at national dailies and weeklies, TV and radio stations, and press agencies, whose names we checked against archival material stored by the Nation’s Memory Institute. Three of them were listed as having been agents for the ŠtB.

Until last year, Ladislav Rehák owned the .týždeň conservative weekly, and he still owns the Jemné Melódie radio station and the Slovenka and Star magazines. He began his cooperation with the ŠtB in December 1981 under the code names Bojsar (fearful) and Plachta (sail). His task was to gather information on the foreigners and Czechoslovak citizens who held trade negotiations with the Technopol weapons company, where Rehák worked. He once was given a reward for the information he passed on – 1,500 crowns.

The ŠtB broke off cooperation with Rehák in May 1988 because he was leaving for a long-term stay in Switzerland. After his wife and sons left to join him in January 1989, Rehák offered his Bratislava flat to the ŠtB for their needs. “I signed a collaboration agreement (with the ŠtB) voluntarily, and I never denied it or tried to hide it,” he told Spex earlier this year. “I just wanted to get ahead, I wanted a good job, I wanted to travel and to work abroad.”

Otto Berger is now the co-owner of the Šport daily. According to ŠtB records he collaborated with the service from 1983 to 1985 under the code names Ujo (grampa) and Svetlo (light). His job was to inform on his colleagues at the Electro-Technology faculty at the University of Technology in Bratislava, and to report on the foreigners and Czechoslovak emigrants he met on his travels abroad. According to the records, he submitted several reports as an agent on the situation in Germany.

Berger claimed that he had nothing to do with the ŠtB. “I never informed on anyone, I never hurt anyone. I grew up in a Christian environment, in the family of Cardinal Ján Korec, and my conscience is clear. I wasn’t even a member of the Communist Party.” He said the ŠtB contacted him only once, and that he avoided meetings with agents.

Ivan Ňiňaj heads the sports department at the STV public service broadcaster. He started to collaborate with the ŠtB in June 1980 under the code names Ivan and Porubsky. He too was tasked with informing on his colleagues and about contacts between journalists and foreigners and emigrants. “Given that he did not try to hide anything and answered questions directly, we suggested that he be a collaborator,” wrote a Lieutenant Maličky. Ňiňaj suggested that he would deliver less important information orally, and more important information in written form. “After signing the collaboration form, he declared that he was going on a trip to Prague where, out of all the journalists, he would have the most time to do work for us. For this reason he asked for assignments that he could work on during his stay.”

­­Niňaj claimed he did not sign any agreements, although he did not deny contacts with ŠtB agents. “I told them who I met abroad, but that was all. I never hurt anyone, I just want to be left alone,” he told .týždeň in 2005.

Rastislav Ekkert is a reporter for the JOJ commercial TV station. The Nation’s Memory Institute records him as a confidant for the Communist-era Military Intelligence. In the 1980s he was a professional soldier and attended officer training for border control units, which at the time fell under the federal Interior Ministry. “I was 18, and I saw the school as a way out. I thought I would be studying law and that I would then find a non-military post at the Interior Ministry. I was naïve,” he said.

Ekkert’s file shows that he became a confidant in October 1983 during his compulsory military service. His role was to inform on border guards who intended to escape to the West. At the beginning, his Military Intelligence handlers were happy with his work, and with the three handwritten reports he turned in. But two years later they changed their tone, complaining that he was avoiding contact and turning in only information “of a general nature”.

As of August 1985, when he became the head of a unit of riflemen on the border with Austria, he began to fight to be released from the army. He submitted two official requests, wrote a letter to the interior minister, and even paid a visit to the Central Committee of the Communist Party in Prague. “I sat down on the steps and told them that I wouldn’t leave until someone agreed to see me,” he said. In June 1987, Military Intelligence struck him off their lists.

He was not discharged from the army until after the revolution. “Mr Minister, I am appealing to you as one person to another,” Ekkert wrote in January 1990. “Please help to secure my release, I and my family will remember it until my death.” He was discharged three months later.