The Slovak National Theater (SND) has prepared a number of gifts for all ballet and opera lovers. Shortly before Christmas, it will, for example, extend its repertoire with The Nutcracker, famous ballet by Pyotr Ilyich Tchaikovsky. 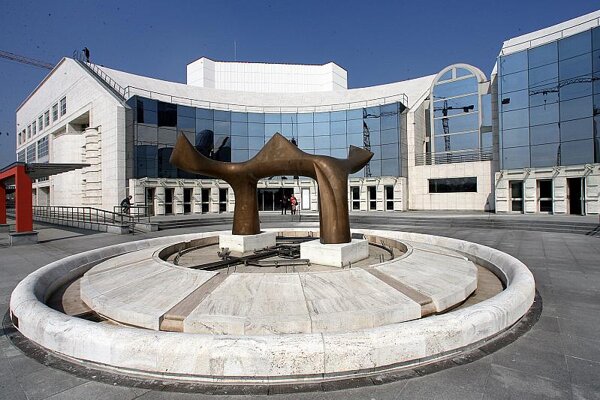 The Slovak National Theater (SND) has prepared a number of gifts for all ballet and opera lovers. Shortly before Christmas, it will, for example, extend its repertoire with The Nutcracker, famous ballet by Pyotr Ilyich Tchaikovsky.

This fascinating fairy-tale in two acts about little Clara and her Christmas dream has charmed audiences for generations thanks to its combination of a touching story and virtuoso music.

In the preceding seasons, the SND presented its Nutcracker in several hosting theaters, including the Science and Cultural Arts Center in China.

This year’s re-premiere will be held on December 19 and 20, with numerous further performances to follow at the end of December and the beginning of January.

However, The Nutcracker is not the only ballet with music by Tchaikovsky that can be seen in the SND. Swan Lake, Sleeping Beauty or Serenade are also available in the forthcoming months.

Moreover, the ballet ensemble offers a collection of modern choreographies titled KY-TIME, a dance musical for children inspired by the Slovak fairy-tale Popolvár as well as a dance miniatures show Bolero and More.

Dates and exact programs can be found at www.snd.sk. Performances take place in the historical building of the Slovak National Theater at Hviezdoslavovo Square or in the new building at Pribinova Street, starting at 19:00 unless stated otherwise.

To buy tickets go to www.snd.sk, www.ticketportal.sk, or to box offices in the new building of the SND (entrance from Olejkárska Street), or in the historical building of SND at Jesenského Street.