Sculptures and paintings by Svetozár Ilavský, one of the first multimedia artists in Slovakia, are being shown in the Danubiana modern art museum. 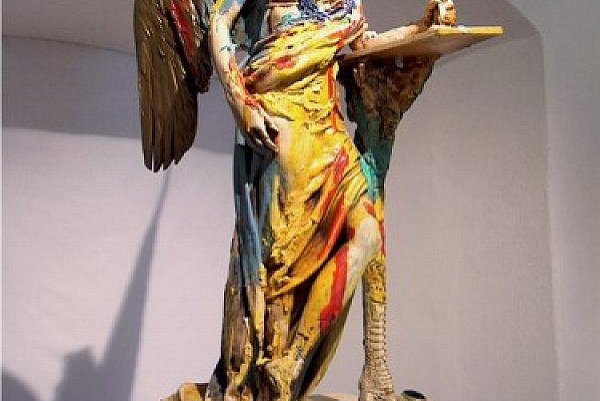 Sculptures and paintings by Svetozár Ilavský, one of the first multimedia artists in Slovakia, are being shown in the Danubiana modern art museum.

Since the beginning of his artistic career, this sculptor, painter and graphic artist has been designated the most distinctive personality of his generation, particularly thanks to his unfettered painting expression and the combination of diverse aspects and techniques.

Ilavský, whose works have been exhibited in France, Holland, Germany, Belgium, Italy, Canada, the United States and many other countries, is also a trained musician and composer. As a result, the synthesis of different artistic media – music, light, motion and sound – has become the territory of his creative expression.

By questioning the present Ilavský raises issues concerning the future, because he believes that the human attributes always remain unchanged. At the same time, his pieces point out to the contrast of the subjective and the universal.

The diversity of form and content characterizes also the present exhibition project for the Danubiana, on which Ilavský has worked for more than two years. As he said, it is “an attempt at a self-portrait of a creative artist”, for he had delved into his own artistic history while creating his artistic vision.

The exhibition is available until March 8, 2009.