BY NOW almost every adult citizen of Slovakia has seen and touched a euro coin. On January 1, Slovakia has welcomed something more than just 2009: the country has joined the eurozone as its 16th member. 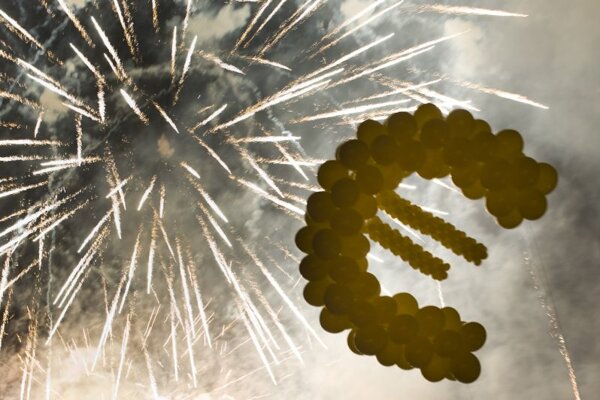 BY NOW almost every adult citizen of Slovakia has seen and touched a euro coin. On January 1, Slovakia has welcomed something more than just 2009: the country has joined the eurozone as its 16th member.

Both Slovak state officials and the European Commission said that the switch to the new currency, which now is used in the European Union by more than 323 million people, has been smooth in Slovakia.

"The euro has come to Slovakia on New Year's Day 2009 as the best talisman one can imagine,” Fico said, as quoted by news wire TASR.

According to the Slovak prime minister, the euro enhances the self-confidence of Slovaks in the midst of the economic crisis, which has been heavily impacting most key economies of the world.

However, Fico also noted that with the departure of the Slovak crown a piece of Slovak identity will also become history.

According to an official release by the EC, 94 percent of the ATMs distributed € banknotes at 2 am on January 1 while 1,045 bank branches were open on January 1 to exchange the Slovak currency for euro.

A number of automatic vending machines, for example for public transport tickets were already operational on 1 January. However, some cities provided transportation free of charge on January 1 to make the switchover smoother, the EC wrote.

Commercial activity on the first day was rather low, according to the EC survey: 79 percent of those polled did not make any purchases.

Most Slovaks had already acquired € cash two days before the euro changeover, according to the EC survey, while 49 percent of those polled had € banknotes and 60 percent had € coins in their purses.

The National Bank of Slovakia (NBS) has sold 1,320,000 starter packs with € coins. The starter packs contain 38 coins worth an equivalent of Sk500, the NBS said in a release.

By December 31, 2008, the NBS had withdrawn Sk77 billion, which represented 50 percent of the value of money in circulation. Over the first four days of 2009, the volume of cash withdrawn from circulation was more than Sk11 billion, the NBS said.

Slovaks are able to pay for goods and services with both Slovak crowns and euros from January 1 until January 16, though change should only be given in euros. Banks have automatically converted citizens’ deposits to euros and in January people will receive their first paychecks in euros as well.

The central banks of eurozone member states will exchange Slovak crown banknotes at the official changeover rate, Sk30.1260 per €1, until February 28, 2009 free of charge but the exchange will be limited to €1,000 per person and one transaction per day, the European Central Bank (ECB) told TASR.

The NBS and Slovak commercial banks will exchange crown banknotes and coins free of charge and in unlimited amounts at the official changeover rate until January 19, 2009. Later, the free-of-charge exchange in commercial banks will be limited to 100 coins until June 30, 2009 and to 100 banknotes until December 31, 2009. The NBS will exchange coins until the end of 2013 while banknotes will be exchanged indefinitely.

Ahead of the actual switch, people were, according to a survey, well-informed about the euro.
When people in Slovakia worried about the euro-switch, they most typically envisaged problems with recognising coins or worried about their purses bursting with coins. According to the survey carried out by the Slovak Statistics Office, Slovaks have also been concerned about being cheated by retailers.

“I evaluate the public’s readiness as excellent,” Igor Barát, the government’s plenipotentiary for adoption of the euro said in late December 2008, adding that the most frequently asked questions from the public concern the rules for dual crown-euro circulation and cash exchange.

The nationwide information campaign will continue even after the switch to the euro, explaining to the public how to exchange money and also raising awareness about the higher value of euro coins.

As for the fate of the old Slovak banknotes, these will be collected and destroyed: the banknotes will end up as pulp and the coins as scrap.

“The National Bank of Slovakia will destroy the banknotes in several steps,” said Barát. “The result will be a pulped substance pressed into small blocks, which will subsequently be burned.”

Barát said that the coins will be physically degraded and then be sold as iron waste for further industrial processing.