IN THE MIDST of an intense debate over energy security in Europe, Slovakia has unplugged the second block of one of its nuclear power plants from the electricity grid and started its decommissioning, an obligation the country assumed when joining the European Union back in 2004. 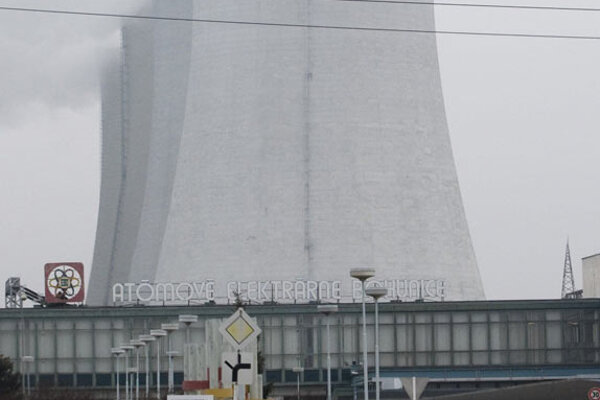 IN THE MIDST of an intense debate over energy security in Europe, Slovakia has unplugged the second block of one of its nuclear power plants from the electricity grid and started its decommissioning, an obligation the country assumed when joining the European Union back in 2004.

Though Slovak state representatives have several times alluded to the idea of keeping at least one of the two reactor blocks of the Jaslovské Bohunice V1 nuclear power plant running, the European Commission’s stand has been clear and uncompromising: the shut-down was part of Slovakia’s EU accession treaty and the 2008 deadline was not negotiable.

The last turbo-generator of the reactor block was unplugged from the network at 18:30pm on December 31, 2008.

The final process of switch-off started at 12:12pm on the same day but had stretched through several days of reducing output, turning-off the turbo-generators, halting controlled nuclear fission and bringing the block to a cooled state, Dobák said.

Complete decommissioning and dismantling of both reactor blocks will last until 2025 and cost an estimated €13.3 billion.

A second power plant at the same site, the V2 unit, will remain in operation.

“The process was carried out in line with the schedule with respect to all the legislative requirements and operation guidelines,” Dobák told The Slovak Spectator. “No problems emerged during the process.”

The switch-off of additional systems and devices will follow. During the process of phasing out the plant, the spent nuclear fuel must be transported to a repository and all the radioactive waste created during the operation of the block must be treated, according to Dobák.

“After meeting a number of technical and legislative conditions and obtaining permission from the Nuclear Regulatory Authority of the Slovak Republic, phasing out can start, which is the actual dismantling and liquidation of the utility,” Dobák said.

Originally, several alternatives had been elaborated for the final decommissioning plan: immediate decommissioning; delayed decommissioning, with a shut-down and supervision for a period of 30 years; and safe storage of the reactor for 30 years.

However, the first alternative was picked, said Dobák, which means continuous dismantling of the existing facilities of the Jaslovské Bohunice V1 unit and associated technological units until the whole site is completely cleared to its original foundations and all material removed, Dobák explained.

The decommissioning will have two phases. The first, which should last until 2014, includes the dismantling of non-radioactive parts such as machinery in the engine house and external items.

In the second phase, to take until 2025, the radioactive parts of the utility will be dismantled. Final monitoring of the location and its release for alternative use should follow, according to JAVYS.

The dismantling and treating of radioactive materials represents the largest part of the decommissioning costs. The material will be processed and deposited at the regional repository in Mochovce where Slovakia’s other nuclear plant is located, said Dobák.

“The most demanding part of the process is the treatment of the highly radioactive parts of the reactor, which can be done only with the help of manipulators. This also promises to be the most expensive part of the whole decommissioning process,” Dobák told The Slovak Spectator.

According to Dobák, JAVYS will gradually reduce the number of employees at the V1 unit, while the company will try to retain qualified employees. In 2009, JAVYS plans to lay-off 60 people, he added.

In response to the cutting off of Russian gas supplies to Slovakia via Ukraine on January 6/7, Prime Minister Robert Fico suggested that the country could re-launch the V1 nuclear power plant in Bohunice.

Economy Minister Ľubomír Jahnátek did not rule out the possibility of renewing the operation of the V1 either.

“We are considering this alternative,” said Jahnátek as quoted by the SITA newswire.
However, the decision about renewal of power production at the V1 unit will not depend only on the government, he added.

JAVYS general director Ján Valko told TASR that the units could be reintroduced relatively smoothly up to 18 months from the beginning of decommissioning.

Karel Polanecký of the environmental watchdog Greenpeace told The Slovak Spectator that Slovakia assumed the obligation to decommission the V1 nuclear plant in Jaslovské Bohunice during its accession talks with the European Union.

“Greenpeace maintains that the requirement to switch-off all the VVER 440/230 types of reactors in the member states was justified,” Polanecký said. “Reactors of this type weren’t projected to handle a crash caused by the bursting of pipes of the primary circuit and thus are of the riskiest kind.”

According to Polanecký, the most serious problem of the decommissioning process is the storage of highly radioactive waste, spent fuel and also parts of the primary circuit.

“Considering the fact that Slovakia so far does not have a clear concept of [how to] handle highly radioactive waste, it is impossible to judge the safety of the storage,” Polanecký said.

As for political statements over the eventual re-launching of the shut-down blocks in Jaslovské Bohunice, Polanecký considers the debate between Slovakia and the European Union over this option closed, including the financial compensation that Slovakia would receive.
“Reopening of this question is not realistic,” Polanecký concluded.

In mid-October 2004, the then economy minister, Pavol Rusko, proposed that both of the Jaslovské Bohunice V1 reactor blocks should be shut down together in 2008, instead of one in 2006 and the second in 2008. At the time, Rusko argued that shutting down both reactor blocks at the same time was a safer option than staggering their closure. It quickly became clear that the plan would be rejected by the EU and in March 2005 Rusko announced Slovakia would not, after all, seek changes to the treaty.

Slovakia is guaranteed €440 million in compensation from the EU to close and decommission the reactor blocks. Slovakia can draw from this fund until the end of 2013.

At its peak, the project will provide jobs for about 4,000 people; if completed on time, the two reactor units should be connected to the power grid in 2012 and 2013 respectively.

The official construction launch came after the Nuclear Regulatory Authority of Slovakia approved design changes to the new Mochovce units, which are also based on a Soviet design.

Slovakia relies on nuclear generation for a significant proportion of its electricity.