THE ADOPTION of the euro in January 2009, the global economic crisis, cross-country highway plans, the government’s declared effort to build a socially-oriented state and the prime minister’s troubled relationship with the media were among the driving forces behind the adoption and revision of several laws by the government of Robert Fico in 2008. 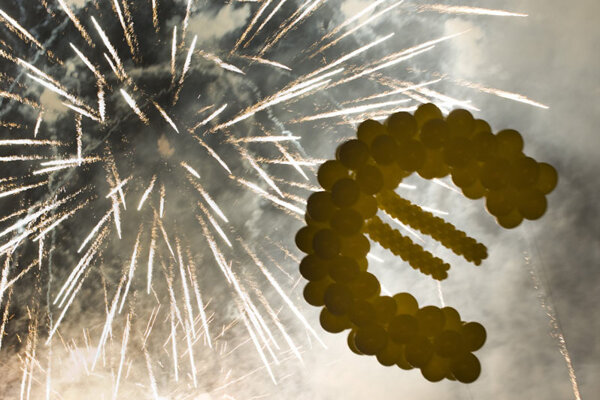 THE ADOPTION of the euro in January 2009, the global economic crisis, cross-country highway plans, the government’s declared effort to build a socially-oriented state and the prime minister’s troubled relationship with the media were among the driving forces behind the adoption and revision of several laws by the government of Robert Fico in 2008.

Last year the Fico government introduced a set of laws to make the country’s transition to the euro as smooth as possible and to give it the means to penalise businesses which try to abuse the switch by implementing what the government called unjustified price hikes.

The Fico team also drew up a first-aid package for the country’s economy in response to the global financial crisis. The crisis was also the government’s justification for further changes to the country’s pension system. It also moved towards greater state regulation of energy prices and modified the rules applying to energy companies’ pricing policies.

Slovak Justice Minister Štefan Harabin said in early January this year that 2008 had brought major changes in legislation aimed at tackling loan sharking, auction frauds or what he called the real-estate mafia. According to Harabin, the state made various changes to the Penal Code. He specifically praised legislation produced to protect consumers. And he listed what he called anti-extremism measures adopted in the form of legislative changes that widen definitions of Holocaust denial, extremist material and extremist groups as being among the important changes that his department initiated, the SITA newswire wrote.

Observers: the state’s position has been strengthened

In general, the trend in legislation has mainly been to fortify the position of the state, according to observers and political analysts.

“The trends on one hand are towards fortifying the positions of the state and executive power along with limiting the independence of regulatory bodies: a sort of state dirigisme,” Grigorij Mesežnikov, the head of the Institute for Public Affairs, a political think-thank, told The Slovak Spectator.

Mesežnikov said that the most beneficial moves were revisions to laws which widened the space to exercise human and minority rights - for example, a revision to the anti-discrimination law.

As for new laws, Mesežnikov listed the Traffic Code as being among the most significant legislation.

However, Mesežnikov maintains that some of the laws have had a very negative impact on the whole legislative environment and have created an unfavourable social atmosphere.

“The Press Code, for example, was very negative, along with all the circumstances surrounding it,” said Mesežnikov.

The new Press Code, which the ruling coalition got through parliament in April 2008, brought Slovakia considerable international attention.

The government said the changes it included were necessary since the country's previous media legislation, written in 1966, did not sufficiently protect the rights of individuals or the plurality of public debate.

Media organisations agreed that Slovakia needed a new press law, but were highly critical of the way the government shaped the legislation.

The code grants a right of reply to aggrieved parties even in circumstances where information printed about them is correct; it also establishes the right to a correction even if the information published is not libellous.

The right to reply was among major concerns expressed by the Organization for Security and Cooperation in Europe (OSCE) and the Slovak Periodical Press Publishers’ Association. In protest at the Press Code, Slovak daily newspapers twice blanked out their front pages to print protest notes during 2008.

Mesežnikov was critical of laws that he described as “limiting the public’s access to decision-making over public affairs”.

“Slovakia was criticised for its failure to meet its obligations linked to the Aarhus Convention due to revisions to laws which, de facto, limited the public’s access to decision-making,” Mesežnikov said.

The Aarhus Convention is the Convention on Access to Information, Public Participation, Decision-Making and Access to Justice in Environmental Matters agreed in 1998.

The decision to adopt the euro as Slovakia’s new currency and related technical regulations were the most beneficial legislation in 2008, said Dušan Zachar of the economic think-tank the Institute for Economic and Social Studies (INEKO).

“The revision to the law on income taxes, which introduces into Slovakia’s tax system the so-called employee bonus, can also be assessed positively,” Zachar told The Slovak Spectator.

This revision, based on the so-called negative tax principle, enables low-income employees to receive a financial contribution from the state, said Zachar.

It is a way for these employees to benefit from the tax system, which would otherwise leave them relatively worse off than employees who claim the full tax-free annual allowance. People who earn between 50 percent and 100 percent of the full-time minimum wage (currently €295.43 per month), should benefit most from it. The employee bonus depends on their total income but the maximum monthly payment under the scheme will be €5.76, SITA wrote.

According to Zachar, this revision will enable low-income workers to fully utilise the non-taxable part of the tax base.

Zachar also praised a revision to the civil court order to simplify and speed up court proceedings, along with a revision to the regulation of payment and compensation for court executors which stipulates that this should be based on the sum actually collected and not the sum of the total claim. However, Zachar agrees with Mesežnikov that the tendency in 2008 was to produce more harmful laws than beneficial ones.

The most harmful legislation of 2008 pertains to the “disrespect for basic principles and pillars of a free society and market economy” such as the guarantee of ownership rights or free creation of prices, free contractual relations, freedom of business and stability of legal measures or the freedom of expression and freedom of access to information, Zachar said.

The state tightens its grip

As of November 1, 2008, a new law granted the government powers to regulate prices if it detects signs of what it calls ‘unjustified price rises’. Slovakia switched to the euro on January 1, 2009, and Prime Minister Fico has promised tough action against anyone who attempts to abuse the switch by hiking prices without a sound reason.

On November 6, 2009, the parliament passed an amendment to the Penal Code that would allow courts to impose prison sentences of up to 12 years on businesses found to have raised prices without justification during the euro adoption period.

2008 has been the year of an increasingly tough approach by the government towards monopolies, especially in the energy sector.

The government has reset the rules that energy companies must observe before they can change their prices. The boards of these firms can no longer decide on price-change proposals submitted to the national network regulator: instead only a shareholders’ assembly can do so.

The change directly affects foreign shareholders in Slovakia’s dominant gas utility, Slovenský Plynárenský Priemysel (SPP). These shareholders’ decision to buy a 49-percent share in the company in 2002 was partly based on an agreement that they would have managerial control despite the state retaining a 51-percent stake.

The government created the law in little more than a day in response to an SPP proposal to raise household gas prices by up to 24 percent, submitted to the Regulatory Office for Network Industries (ÚRSO) in early November. In July, the state also handed more authority to ÚRSO to control energy prices.

After banning private health insurers from paying dividends to their shareholders and instead obliging them to return any profits to the health care system, the Fico government amended last year the law on health insurers in a way that gives the state the authority to review their budgets.

According to the legislation, health insurers which fail to submit their budgets to the cabinet could be fined up to €2 million (Sk60.25 million).

Slovakia also now has a law that will allow the authorities to keep a tighter grip on retail chains while also aiming to protect suppliers from the power of large purchasers.

The law regulates the way contracts are concluded between retailers and suppliers, discounting practices, and the return or exchange of goods to suppliers at their own cost.

The law specifically applies to the sale of products or services to end-consumers at prices lower than their production cost or the purchase price for which the goods were supplied to the retailer. The new law prohibits this practice in principle, though prices may still be trimmed on the basis of a specific agreement between the supplier and the retailer.

The country’s pension system did not enjoy much stability during 2008: the government opened the second, so-called capitalisation, pillar twice to allow clients to return freely to the state-run pay-as-you-go system (or first pillar).

The second pillar was opened up for the first time between January and June 2008. During that six-month period, more than 103,000 people quit - and over 21,000 joined - the pillar.

In early January 2008, President Gašparovič signed into law a bill that gives the government the means to expropriate land needed to complete a cross-country highway.

Under the new law, the state does not need to have all the ownership rights to the land settled in order to receive a construction licence.

It just needs to have these rights settled by the time the construction is finished and approved. The Transportation Ministry said that the legislation was needed so that “a billion” investments would not be stuck because of bargaining about the expropriation price. But the measures included in the law have been described by critics as violating Slovaks' constitutional right to property.

Highway construction on disputed property will no longer be limited to the priority D1 and R1 highways projects either.

Parliament on November 26 approved the revision to the law enabling the state to build roads on land whose ownership rights are not settled and extended the state’s rights in this area.