“THERE IS NO such thing as Slovak cinematography,” said Peter Hledík, renowned film director and scriptwriter, in an interview three years ago. This view was shared by virtually all experts in the area and the reason was simple: the country’s film production hardly differed from zero. 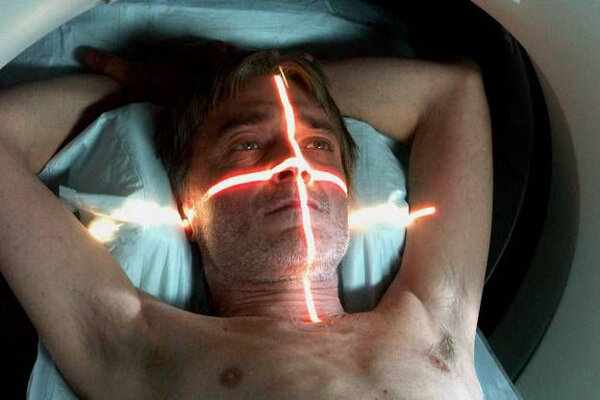 Ženy Môjho Muža (My Man's Women) is one of the new Slovak film due to be released in 2009. (Source: Courtesy of Arina)
Font size:A-|A+  Comments disabled

“THERE IS NO such thing as Slovak cinematography,” said Peter Hledík, renowned film director and scriptwriter, in an interview three years ago. This view was shared by virtually all experts in the area and the reason was simple: the country’s film production hardly differed from zero.

But those times now seem to have changed; some dozen Slovak movies premiered in 2008,
including Blind Loves (Slepé Lásky) by Juraj Lehotský, which made it to Cannes, and Juraj Jakubisko’s Bathory with more than one million tickets sold. What's more, at a recent panel presentation held during the Bratislava International Film Festival, Slovak filmmakers promised around fifty more movies to come before the end of 2010.

The first two will be released this month. On January 22, Miloslav Luther will introduce his Mosquito’s Tango (Tango s Komármi), a story about two pre-1989 emigrants who return for a brief visit to Slovakia after spending many years in Spain. Soul at Peace (Pokoj v Duši) by Vladimír Balko is about three friends whose bonds of friendship have endured since their childhood; it will premiere a week later, on January 29.

In the following months, cinema fans can look forward to a dizzying array of genres. In a documentary by Marek Kuboš titled Senior Citizens – Made in Slovakia (Dôchodcovia), elderly people answer questions such as “What is it that you do not understand in our times?”.

Ivan Vojnár’s fiction movie My Man's Women (Ženy Môjho Muža) tells several stories that “hit, bend and twist” the life of a married couple. An animated film, In the Field (V Poli), directed by Patrik Pašš portrays a man as small as a pinhead who lives with his wife in high grass but who falls in love with a human woman.

Also coming to Slovak cinemas is the comedy The Corpse Must Die by Jozef Pašteka, horror film Death Factory: First Blood by Gejza Dezorz, and the thriller Former People by Róbert Šveda.

Out of the 48 projected films, 18 are in post-production, 24 are being shot and 6 have a finished script. According to Alexandra Strelková, director of the National Cinematographic Centre that organised the presentation, the actual number of premiered movies can change.

“Those films that are to be premiered in the first half of 2009 will most probably meet the schedule,” she told The Slovak Spectator. “Whether this will be the case with the others, we will have to wait and see. It actually depends on many factors such as promotion strategy, possible participation in international film festivals, and so on.”

Still, it is important that filmmakers regularly meet and discuss their works just as they did at this panel, Strelková remarked.

“Always providing a thorough outline of the forthcoming films, these forums are basically meant for three target groups,” she said. “First, for producers who can thus find out about their colleagues’ projects and learn how to best present their own projects to an audience. Secondly, for representatives of the foreign filmmaking industry and of international film festivals who directly influence a movie’s future. And finally, for journalists as they can inform the public and help to promote the respective projects.”

Strelková added that the number of participants as well as the number of movies has risen significantly during the four years of such presentations. As she explained, this has resulted primarily from recent changes in the financing structure of the filmmaking industry in Slovakia.

“The reformed state funding system successfully managed through the AudioVision grant programme launched in 2003 is finally yielding fruit,” she stated. “And with the new Audiovisual Fund, film production is expected to increase even more.”

As of January 1, this new financing body that replaces AudioVision will support cinematography projects through different grants, loans and credits. Its budget, based mainly on special taxes imposed on audiovisual materials and their promotion, should amount to €8 million. A first call for projects will be announced at the end of 2009.

“Support will finally go directly to the creative teams, as the process is completely independent from political influence,” said Nataša Sláviková from the Slovak Culture Ministry. “It is, so to say, the most important moment in the history of our Slovak filmmaking.”