IT HAS BEEN thirteen years since Dežo Ursíny, the legendary Slovak rock musician, left this world. A piece of his soul, however, has now come back with a new TV documentary titled Snapshots (Momentky). 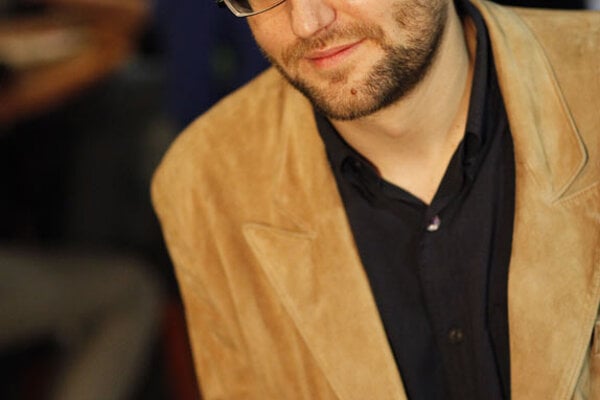 IT HAS BEEN thirteen years since Dežo Ursíny, the legendary Slovak rock musician, left this world. A piece of his soul, however, has now come back with a new TV documentary titled Snapshots (Momentky).

The story is a mosaic of memories by Ursíny’s friends portraying both his professional and private lives, with the focus on the last years of his life which were clouded by grave illness.

The Slovak Spectator interviewed the young director of the movie, Peter Krištúfek, shortly before its premiere at the recent Bratislava International Film Festival.


The Slovak Spectator (TSS): You have made several medium-length documentaries, which is a more usual form for television. Why have you now opted for feature length?

It is true that feature-length documentaries are rather scarce, but Dežo’s story was so deep that it just deserved more space. Moreover, Snapshots features 26 interviews and there is a lot of music, so the originally planned sixty minutes easily became ninety. I would, however, like to continue shooting shorter movies because they are more appropriate for certain topics.

TSS: Was Snapshots a long-planned project?

Very much so. I wanted to make a movie about Dežo for many years, but I was a little afraid someone would beat me to it. And now I am the first to have made his film portrait. I have ‘outrun’ even those who had finished their scripts by the time I had only started as well as those who had the opportunity of meeting Dežo during his life.


TSS: Some of these people were distrustful of your plans at the beginning...

Yes, they were convinced I would not be able to create a faithful story since I had not personally known the musician. But I think that it was rather an advantage in some respects, for I could look at Dežo’s life from a distance. In the end, everyone understood that and they started supporting me. And when I think about it now, I have the impression that I know Dežo quite well after all those hours spent talking with his family and friends. Some things they told me I would even prefer to forget [he starts laughing].

TSS: Anything you can make public?

Not really. But what I can say is that the most interesting aspect of my movie is the contrast between Dežo’s carefree youth, full of parties, women and alcohol, and his last years when he was forced to withdraw from the public eye and reassess his past. In fact, this personal development of his represents the framework for Snapshots.