Marmot population in Tatras will grow

NEXT year will be the year of the marmot in the Belianske Tatry mountain range in the Tatras National Park (TANAP). 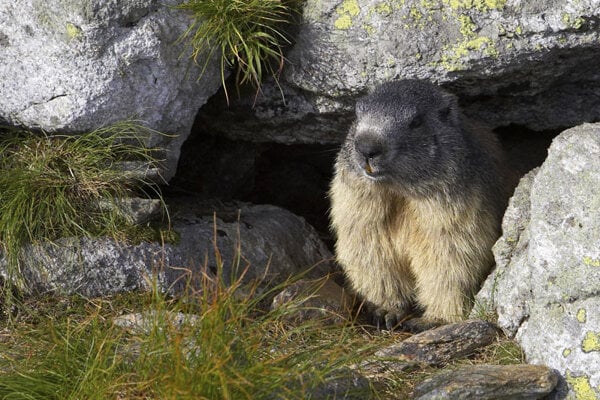 Welcome to the neighbourhood: a marmot surveys his new home in the Tatras . (Source: SITA)
Font size:A-|A+  Comments disabled

NEXT year will be the year of the marmot in the Belianske Tatry mountain range in the Tatras National Park (TANAP).

“We consider the year 2009 a break-through year,” the head of Administration of the TANAP Pavol Majko informed the SITA newswire. "We intend to massively strengthen the marmot population in Belianske Tatry.”

Last year, environmentalists moved six animals from the Západné Tatry (Western Tatras) to the eastern part of the national park; this year, there should be around 30 more.

The environmentalists plan to create more micro-populations of this animal in Belianske Tatry that would be mutually independent.

All six marmots, which were moved during 2008 to Belianske Tatry, have gone into hibernation successfully.

Until April 2009, when the marmots start awakening from their winter sleep, environmentalists will have an opportunity to evaluate the season and to prepare for the transfer of more animals to Belianske Tatry. They also want to add to the marmot population in the Orava region of the national park this year.

About 750 marmots currently live in the Tatras National Park. In the Western Tatras, environmentalists have mapped about 110 marmot colonies, where some 400 animals live.

In the High Tatras, there are 73 colonies mapped, with about 350 individuals.

In Belianske Tatry, where a numerous marmot population once lived, the last marmot was registered two years ago, the SITA newswire wrote.